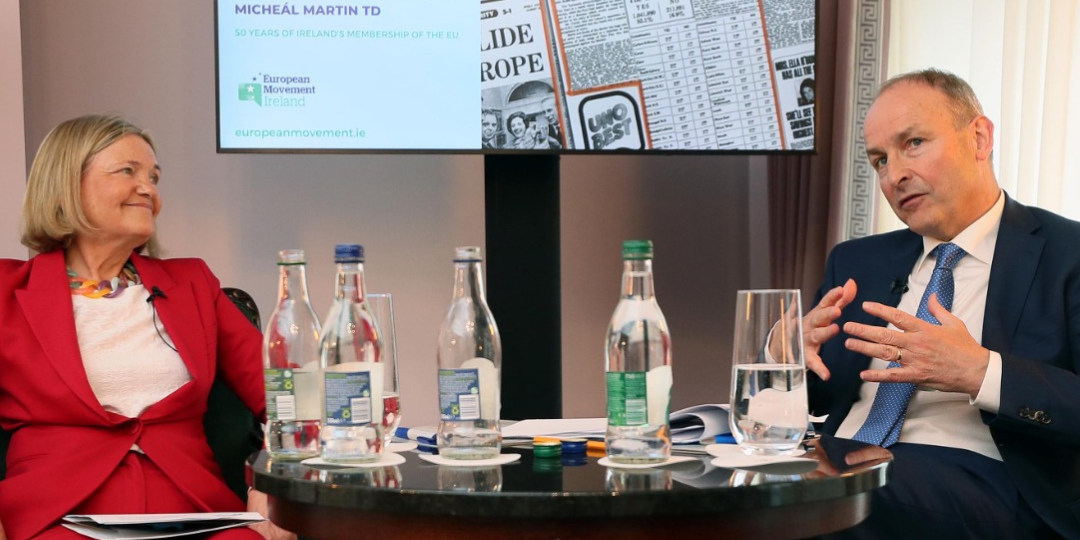 Shelbourne Hotel, Dublin, 3 May 2022: European Movement Ireland this evening held a live podcast discussion at the Shelbourne Hotel in Dublin in with An Taoiseach, Micheál Martin TD, hosted by Brigid Laffan, Emeritus Professor at the European University Institute, to celebrate the 50th anniversary of Ireland’s referendum to join the EEC on 10 May 1972.

“I enjoyed this opportunity to join European Movement Ireland in conversation about the last 50 years of Ireland’s EU membership, and to reflect on the value and benefits of membership over the years. These 50 year ‘Ireland-EU 50’ commemorations come at an important time for Ireland’s relationship with the European Union, as we deal with the humanitarian crisis caused by the war on Ukraine and continue to recover from the Covid-19 pandemic. EM Ireland has been, since its foundation 68 years ago, a key stakeholder working to develop and cultivate Ireland’s relationship with Europe. I look forward to continuing such discourse about Ireland’s European journey as part of commemorative events and projects in the months ahead.”

“We were honoured to hear EM Ireland Honorary President, An Taoiseach Micheál Martin’s reflections on 50 years of Ireland’s EU membership during an important time of commemoration and reflection on Ireland’s relationship with the European Union. In the past 50 years, it has been encouraging to see that public sentiment in Ireland towards the EU has remained positive. We are grateful to An Taoiseach for joining what was a fascinating discussion looking back on 50 years of EU membership.”

“In EM Ireland, with a long track record of working to develop the connection between Ireland and Europe, we were delighted to mark and celebrate this special anniversary with An Taoiseach and our members this evening. We look forward to continuing Ireland-EU 50 commemorations in the months ahead.”

The discussion with An Taoiseach Micheál Martin TD will be released as the first episode of a new EM Ireland podcast series looking back at the past 50 years of Ireland’s EU membership. The episode will be launched here on 10 May 2022, 50 years to the day since the people of Ireland emphatically voted yes in a referendum to join the EEC on 10 May 1972. The series will celebrate 50 years of Ireland’s membership of the European Union and reflect on how EU membership has left a defining mark on the Ireland of today. 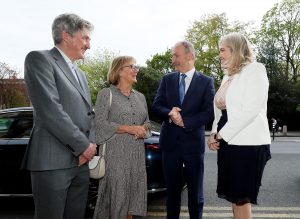 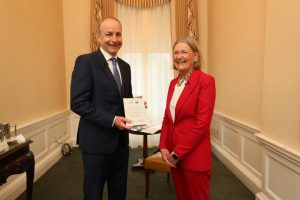 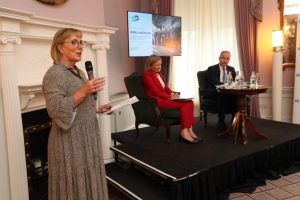 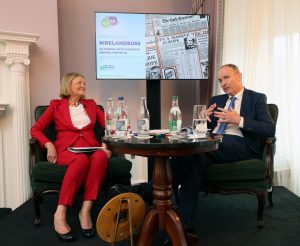