People in Munster highlight CAP reform supports, protections for LGBTQI+ people and religion as key issues for Ireland as part of the Conference on the Future of Europe 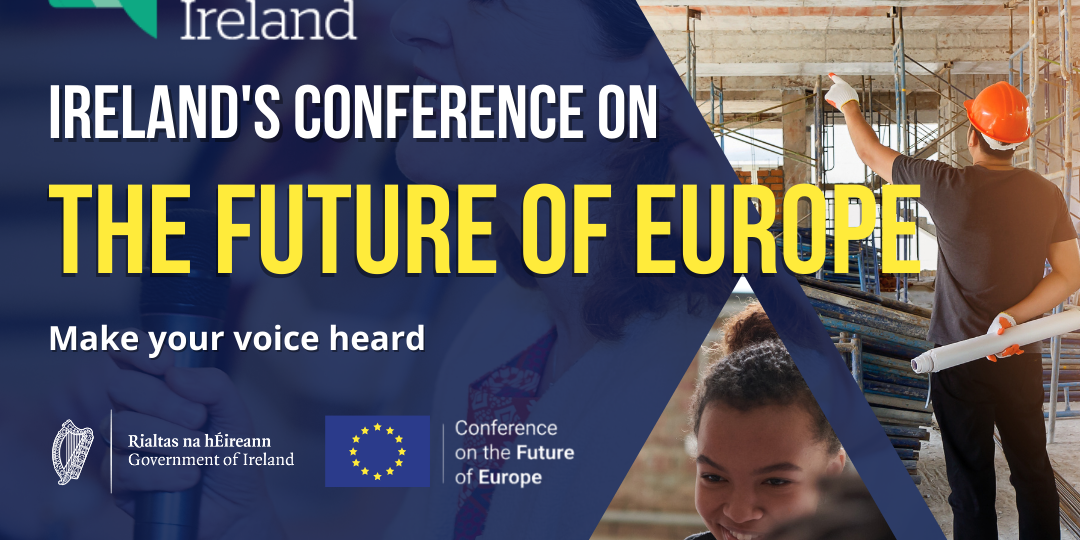 30 June 2021:  People in Munster met online on Thursday, 24 June 2021 to discuss issues of importance to them as part of the Conference on the Future of Europe, a Europe-wide initiative to involve people in Ireland and across Europe in a debate about the EU’s future challenges and priorities,

During the discussion, participants discussed key issues for the future of Ireland, the EU more broadly after the recent challenges provided by Covid-19 and Brexit including health care, climate change and the digital transformation.

People in Munster called for reflection on multilateral relations support for the accession of new countries to the EU and the development of new relationships between Ireland and other EU countries post-Brexit. Participants also called for EU action on the Rule of Law and a greater focus on protections for religion and protection for members of the LGBTQI+ community across all Member States. People taking part also reaffirmed the need for continued support by the EU for agricultural communities, as they move to more sustainable forms of farming.

Speaking about the meeting, European Movement Ireland CEO, Noelle O Connell, said: “Our Munster Online Panel as part of the Conference on the Future of Europe provided a great opportunity for people who care about the future of Ireland in the EU to engage in a meaningful, open discussion from a variety of different perspectives. It is key that we engage people from all corners of Ireland in this process and that a diverse range of voices are shared and heard. I was delighted to hear such enthusiastic engagement from my own people in my own home province of Munster and look forward to continuing our panel meetings around Ireland in the weeks and months ahead. We’re grateful that people are willing to share their time to engage in this process. It is a unique opportunity where people in Ireland can have their voice heard on future opportunities and challenges facing Europe.”

Minister of State for European Affairs, Thomas Byrne TD, addressed attendees at the start of the Munster online Conference on the Future of Europe panel discussion.