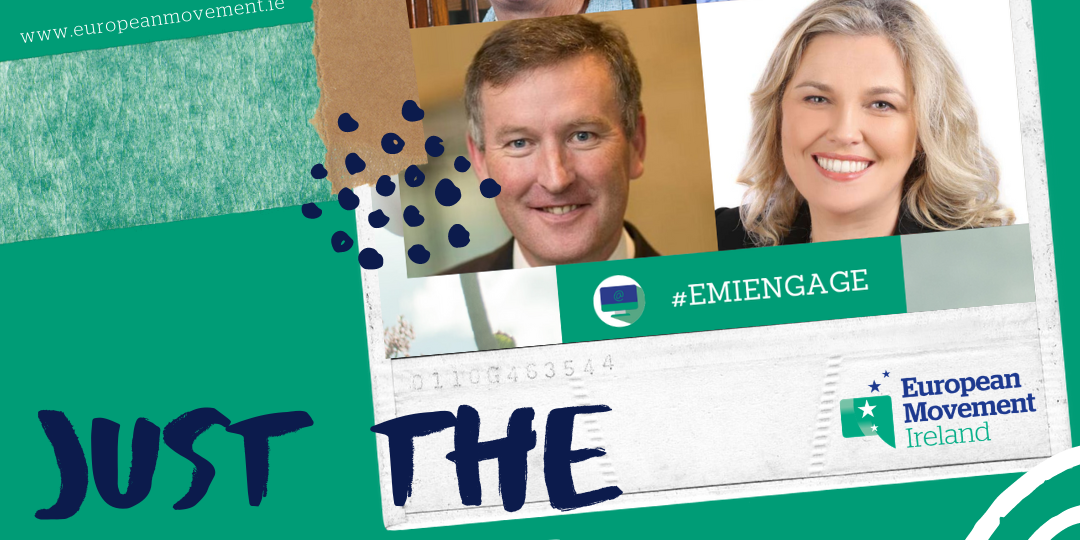 Enjoy listening to this ‘behind-the-scenes’, in-studio conversation, hosted by EM Ireland’s Executive Director, Noelle O Connell and Board members, Catherine Day, former Secretary-General of the European Commission and Rory Montgomery, former Second Secretary General at the Department of Foreign Affairs and Trade and Permanent Representative to the EU, who share their insights in a moderated discussion with Professor Gavin Barrett of the UCD Sutherland School of Law.

The webinar, broadcasting live from recording studios in Dublin, took place just before the special meeting of the European Council on 17/18 July, including discussion on the European Recovery Plan and the Multi-Annual Financial Framework, Brexit, climate change and the Green New Deal, and the EU’s relations with the US and China. The discussion looks forward to the future relationship between the new Government of Ireland and the EU in the years ahead.