🔊 Just The Chats | Episode 1 – North, South And Across The Irish Sea 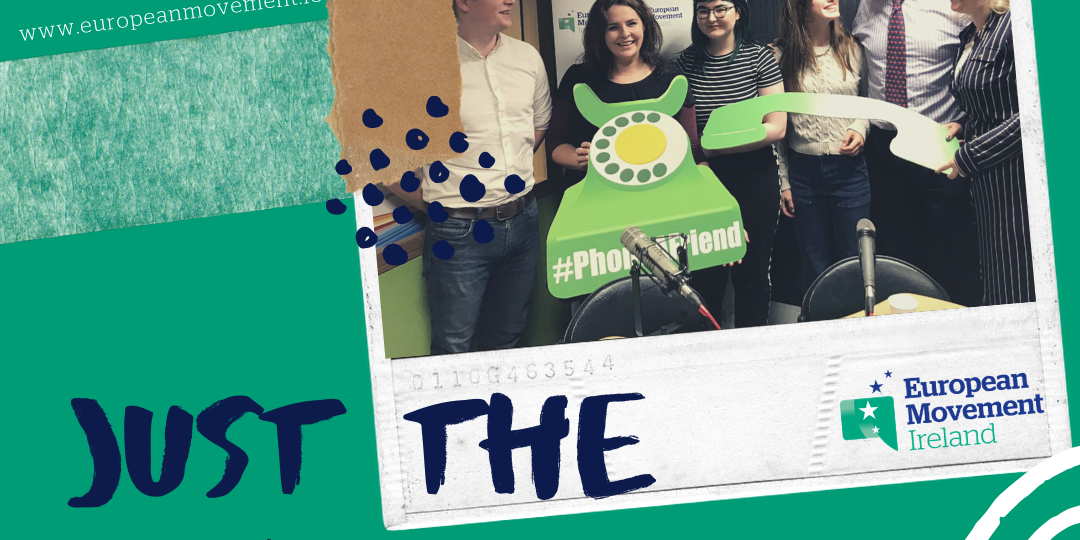 In April 2016, EM Ireland launched its online #PhoneAFriend voter registration drive urging people to reach out to friends and family eligible to vote in the UK’s EU referendum. Our campaign ‘Is Someone You Love in the Picture?’ encouraged Irish-born people who lived in the UK, and British citizens who lived in Ireland, to register to vote by the 7 June deadline ahead of the 23 June referendum. EM Ireland’s voter registration campaign gained 3,358,763 impressions in the UK and 775,898 impressions in Ireland.

Fast forward to now in October 2019, we are still discussing Brexit. For our inaugural podcast, we are joined by four guests who are all either living, studying or working on the two islands, as they describe their day-to-day lives with Brexit looming. So listen in with our Executive Director, Noelle O Connell, as she hosts a discussion between Claire Tighe, Charlie Power, Laragh Keane and Rory Guinness, on all things Brexit.