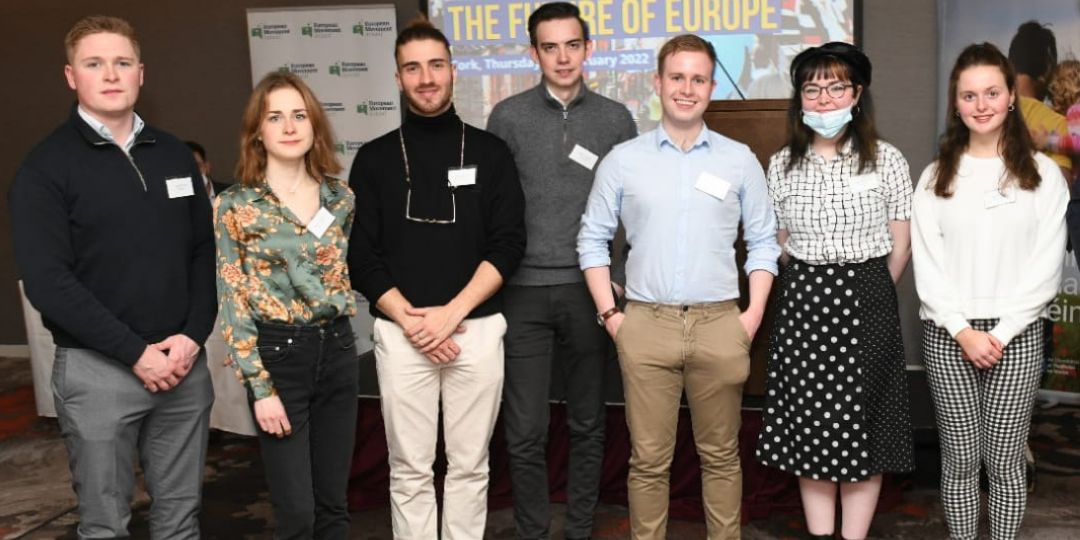 People in Cork gathered this evening to debate issues of importance to them as part of the Conference on the Future of Europe, a Europe-wide initiative to involve people throughout Europe in a debate about the EU’s future challenges and priorities. The meeting was announced after a series of consultations across the country identified Ireland’s priorities for what Europe should look like going forward.

At the meeting, organised by European Movement Ireland and supported by the Department of Foreign Affairs, in the Clayton Hotel, Cork, participants discussed education and the EU’s place in the world among other key topics for Europe’s future.

Those in attendance agreed that greater emphasis should be placed on programmes that promote learning and awareness of the EU, particularly for young people. Further, people proposed continued broadening of accessibility of Erasmus+ and similar programmes, increased funding for exchange programmes across the EU and greater supports for EU language learning in Ireland.

In relation to multilateral relations, people agreed that co-operation with countries outside the EU was important geopolitically, while ensuring the continued protection of EU values and the independence of EU countries. People also called for clear communication of multilateral decisions being made by the EU with its citizens.

Minister of State for European Affairs, Thomas Byrne TD who met with people in Cork at the event said,

“This meeting provided a great opportunity to engage with people in Cork about their vision for the future of the European Union. While the pandemic has meant that our engagement to date has been online, I was delighted to have the chance this evening to meet people, on a face-to-face basis, and listening to their ideas, thoughts and outlook for our Union. I have always believed that the two most transformative policy decisions taken by the Irish state were firstly, the decision to make post primary education free and secondly, the decision to join the European Union. This event afforded an opportunity to consider both of these issues.

“The event was also a timely opportunity to reflect on and discuss the very real threats facing the European project and global stability more generally. Covid-19; Brexit; Afghanistan and Russia Ukraine tensions provide an opportunity to reflect on the role of the European Union in the modern world. I was delighted to have the opportunity to discuss these and many more issues with the people of Cork. The European Union serves the people of Cork (from Youghal to Bantry) as much as it serves the citizens of Strasbourg or Brussels. While support for the EU has been consistently high in Ireland since we joined the Union almost 50 years ago, we must ensure that the citizens of Ireland have their say in relation to the issues affecting the European Union and all of its citizens.”

“This town hall meeting, in my own home county of Cork, provided a great opportunity for people who care about the future of Ireland in the EU to engage in a meaningful, open discussion from a variety of different perspectives. I was delighted to hear such enthusiastic engagement from people in Cork on important issues for Europe’s future, including the key role played by EU education programmes such as the Blue Star Programme, and the importance of multilateral relations in today’s world. We greatly look forward to continuing our meetings around Ireland in the weeks and months ahead. We’re grateful that people are willing to share their time to engage in this process. It is a unique opportunity where people in Ireland can have their voice heard on future opportunities and challenges facing Europe.” 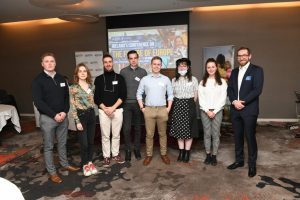 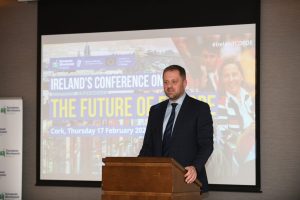 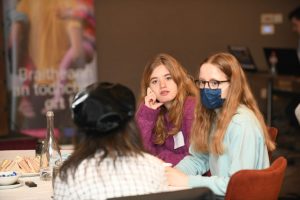 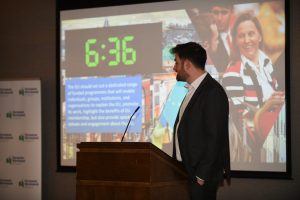