On Thursday, 6 October, over 40 European leaders met at in Prague Castle for the first European Political Community. This meeting of heads of state and government was dominated by Russia’s invasion of Ukraine, broader European security issues and the energy crisis. This Just the Facts looks at earlier attempts at this forum, President Emmanuel Macron’s initial proposal and the outcome of the summit in Prague.

In his New Year’s Eve address on 31 December 1989, just a few weeks after the fall of the Berlin Wall, French President François Mitterrand proposed the creation of a European confederation. “I hope […] to see emerge in the 1990s a European confederation in the true sense of the word, which will associate all states of our continent in a common and permanent organisation for exchanges, peace and security.”

The proposals also included Russia in this confederation, which was deemed unacceptable by many former-Soviet Union countries.

In June 1991, the confederation met in Prague, led by President Mitterrand and the President of Czechoslovakia, Václav Havel. However, the project quickly failed due to ongoing instability in Eastern Europe, scepticism among some European leaders and strong disapproval from the United States. Additionally, central and eastern states did not want to spend indefinite time in the confederation and instead wanted to focus their attention on joining the European Community.

During his speech at the closing ceremony of the Conference on the Future of Europe on 9 May 2022 at the European Parliament in Strasbourg, French President Emmanuel Macron proposed the creation of a European Political Community.

“This new European organisation would allow democratic European nations that subscribe to our shared core values to find a new space for political and security cooperation, cooperation in the energy sector, in transport, investments, infrastructures, the free movement of persons and in particular of our youth.”

However, some Member States and candidate countries were critical of the proposals, fearing that the European Political Community may block further enlargement. Ukraine’s Foreign Minister Dmyrto Kuleba expressed concerns that a European Political Community may delay its application to join the EU, stating that “nothing that falls short of EU membership would be acceptable.”

In March 2022, European Movement Ireland published an explainer Just the Facts on Ukraine’s potential membership of the EU, which is available here to read.

The call for the European Political Community was also echoed by President of the European Commission, Ursula von der Leyen, in her 2022 State of the European Union Address in September 2022. European Movement Ireland also published an explainer Just the Facts on her address, which can be found here.

The High Representative of the European Union for Foreign Affairs and Security and Vice President of the European Commission, Josep Borrell, has said that the “European Political Community is a step to rethink and reform the wider European order, beyond the work of the EU and NATO, and should complement existing institutions, such as the Council of Europe and the Organisation for Security and Cooperation in Europe.”

What happened in Prague?

The inaugural European Political Community (EPC) met on Thursday, 6 October 2022 in Prague Castle, hosted by the Czech Republic who currently holds the rotating six-month Presidency of the Council of the EU.

The heads of states and governments from over 40 European countries participated, including 26 EU Member States (the Prime Minister of Denmark, Mette Frederiksen, was unable to attend due to domestic political reasons), the six recognised candidate countries for EU membership, the European Free Trade Association Countries as well as other European countries.

From the EU institutions, Ursula von der Leyen, Josep Borrell and Charles Michel, President of the European Council, were also in attendance.

Russia and Belarus were not invited.

The EPC does not have a chair and its first meeting consisted of a mix of plenary sessions and roundtable discussions. The issues which dominated the EPC meeting were the energy crisis and security, particularly in the context of Russia’s invasion of Ukraine. Ukrainian President Volodymyr Zelensky attended via video link and urged leaders to use the forum as a “European community of peace”.

The Prime Minister of Latvia, Krišjānis Kariņš said that EPC provides European leaders with the opportunity to work together to overcome the shared impacts of Russia’s invasion of Ukraine and added that “the only way that we can handle this is working together, and not just the European Union”.

The President of Iceland, Katrín Jakobsdóttir described the event as “historic” and said that the EPC allowed European leaders to meet “not just in the EU context”. While Lithuanian President Gitanas Nausėda described it as a “United Nations in Europe”. German Chancellor Olaf Scholz called the EPC a “great innovation” and enabled European leaders to discuss shared issues “free of a daily agenda and the need to reach agreements.”

European leaders agreed on several priorities for future cooperation, including the development of common European approaches to protecting critical infrastructure and fighting cyber-attacks, as well as regional cooperation on security issues. Leaders also agreed on the need for an integrated energy strategy which would allow EU Member States to coordinate with non-EU countries in order to bring energy prices down across Europe. Youth also emerged as an area for future EPC cooperation.

The EPC is intended to act as a bi-annual informal platform and its next meeting will take place in Moldova in spring 2023, Spain in autumn 2023 and the United Kingdom in early 2024. 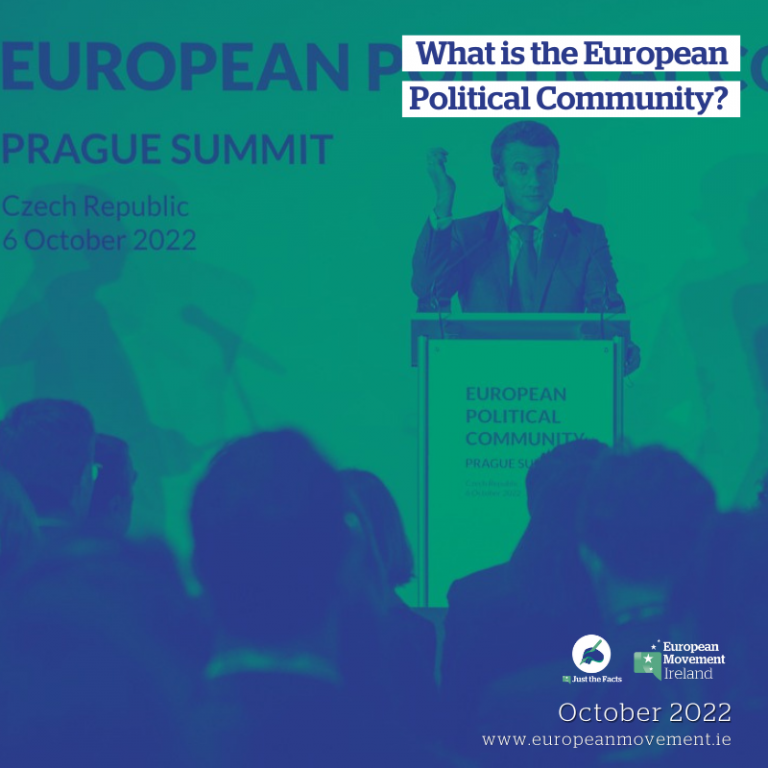