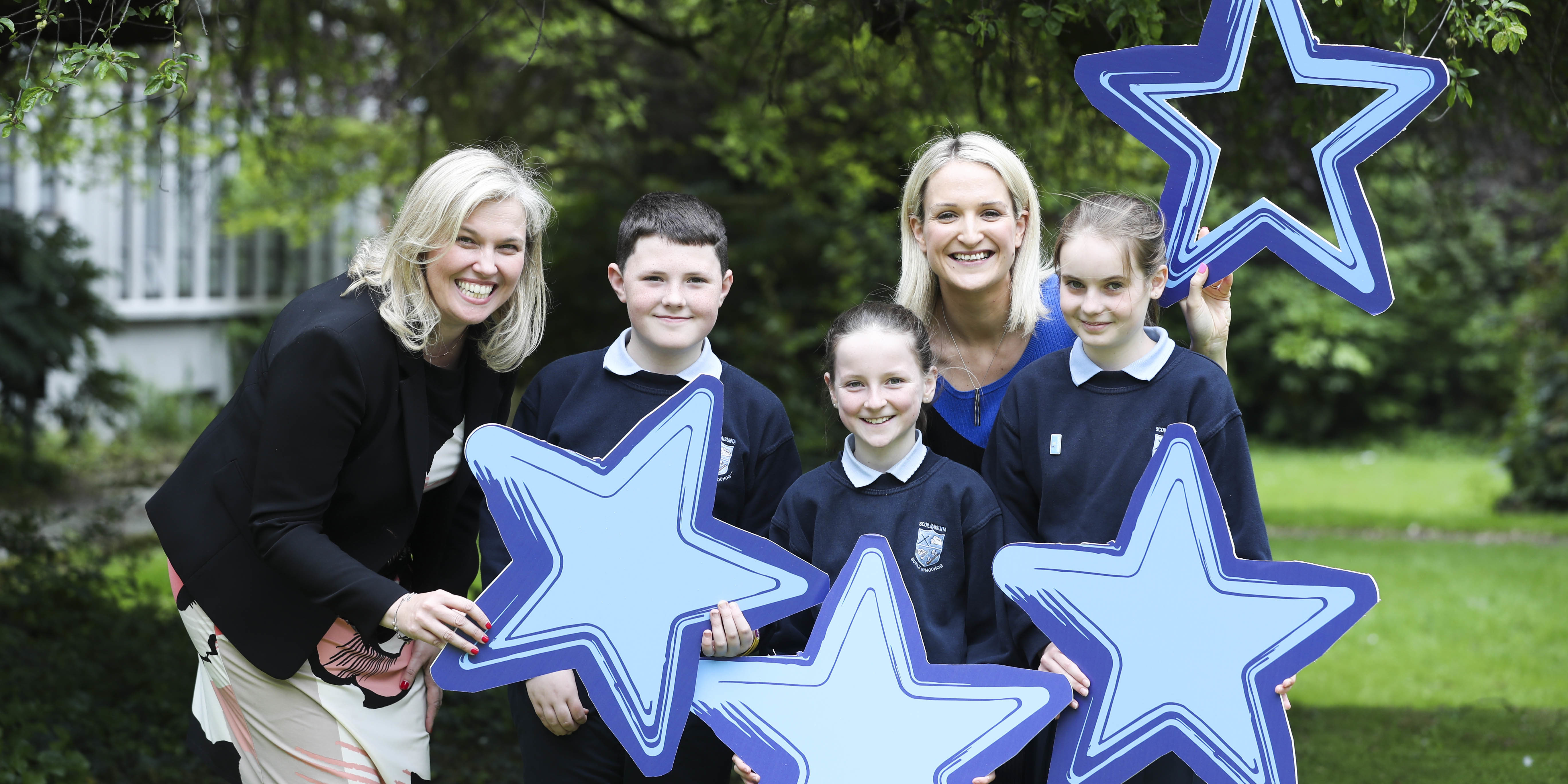 Minister of State for European Affairs, Helen McEntee TD welcomes schools from across the country to celebrate Europe Week

Dublin, Tuesday, 7 May 2019: For the seventh year in a row school children throughout Ireland will take part in the ‘Handshake for Europe’ to celebrate Europe Week 2019 as part of their work on the Blue Star Programme. 243 schools with more than 20,000 participating pupils, in communities in every county of Ireland will participate in their own events.

At today’s event, Minister McEntee TD said “The ‘Handshake for Europe’ symbolises the solidarity and diversity among EU citizens. The three schools here today have participated in the Programme for five years and we are delighted to present them with a special award to mark this achievement.”

“The ‘Handshake for Europe’, which was initiated by Irish primary schools, is a great way to celebrate the diversity and inclusiveness of the Blue Star Programme. It is a privilege to be able to meet with the pupils and see for myself the enormous amount of creativity and energy that they have put into their Blue Star Programme work.”

Noelle O Connell, Executive Director of European Movement Ireland said “The Blue Star Programme helps pupils, their parents and families to look at different aspects of Europe, from the history and geography, to the culture and the EU Institutions. Pupils often also get to hear about the countries where their classmates are from, which is an added bonus. We are always very impressed by the creativity of both the participating teachers and the pupils”.

Ms O Connell concluded: “Since 2013, we have encouraged all schools to participate in the ‘Handshake for Europe’, whereby all pupils and teachers shake hands with each other to recognise the solidarity that exists among European citizens and to celebrate the diversity that comes with being part of a strong and inclusive Union.”