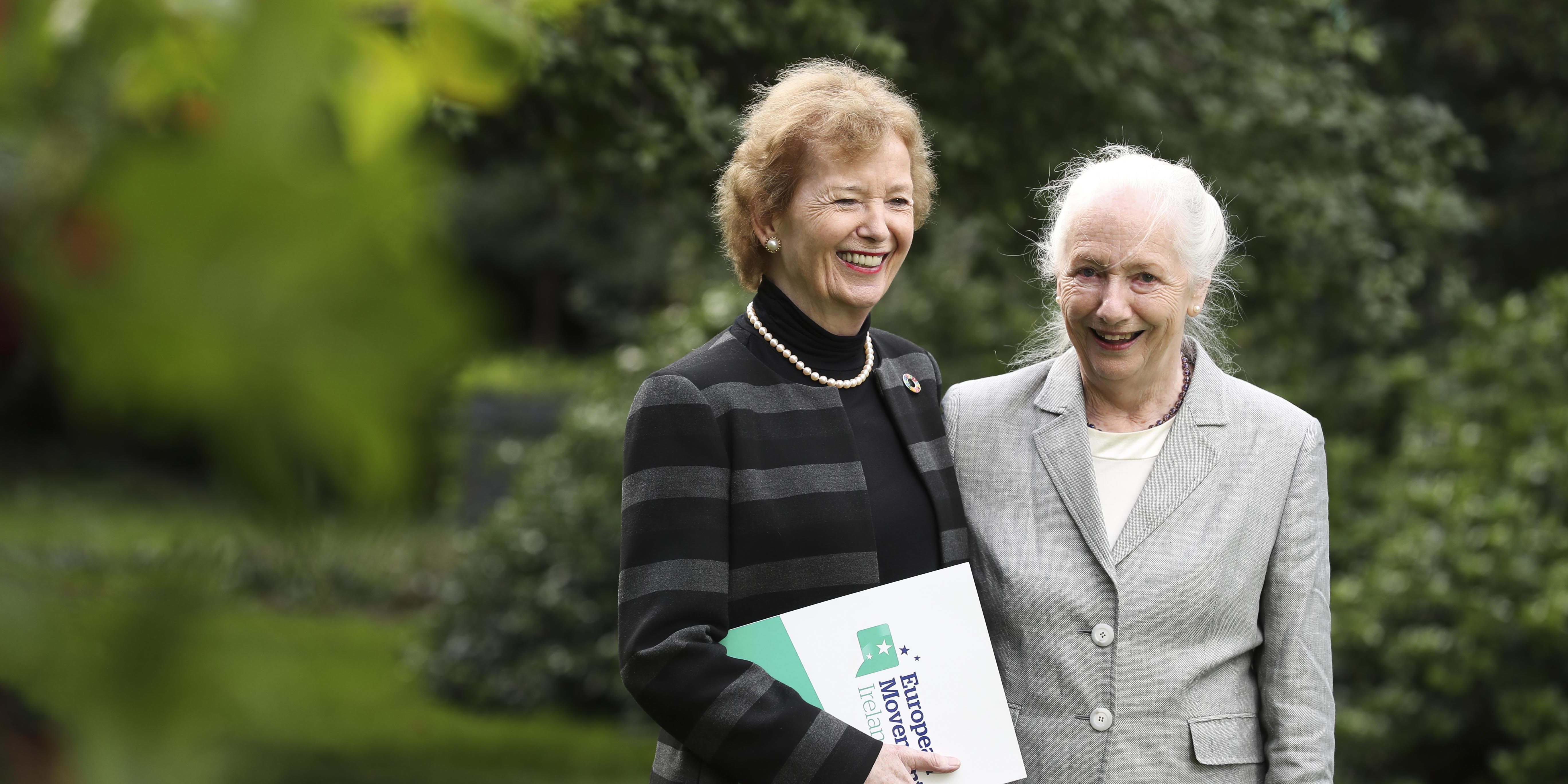 “Greta is right to be angry. The climate crisis is worse than we think, and it is getting worse more quickly than scientists had thought would happen.”

Former President of Ireland, Mary Robinson speaks about the legacy of Michael Sweetman, climate change and women and young people as leaders at the 2019 Michael Sweetman Memorial Lecture

Dublin, 11 October 2019 Former President of Ireland, Mary Robinson paid tribute to the late Michael Sweetman today at the 2019 Michael Sweetman Memorial Lecture today with the Michael Sweetman Educational Trust and European Movement Ireland. Mrs Robinson said that Mr Sweetman was someone who was “So far ahead of his time”. She went on to speak about their time campaigning together for membership of the EEC in 1971/2, “it was clear that Michael could see the difference it would make to the Ireland of the time. Rather than lose our sovereignty, he saw how we would gain by sharing in a European endeavour that we would help shape and contribute to. How ironic to be giving this lecture within weeks of when our nearest neighbour may decide to exit that European fold – hopefully with an agreement.”

Mrs Robinson went on to speak about climate change, referring to Michael Sweetman’s view of Ireland and such matters in a global context. She said, “I know that Michael would have wanted Ireland to be a leader rather than a laggard on climate change…Now that Irish schoolchildren are joining millions of schoolchildren worldwide in striking for Fridays for Future, we are all becoming aware of the acute intergenerational injustice with which we are leading their future.”

She continued by referring to renowned climate change activist Greta Thunberg’s address to the recent Climate Action Summit, which she attended, “Listening to the anger in her voice, I was moved to tears. Because Greta is right to be angry. The climate crisis is worse than we think, and it is getting worse more quickly than scientists had thought would happen. The good news is that we have at last woken up, and it is not too late because of changes that are taking place.”

She went on to speak about the rise of women and young people in leadership, “It is heartening to see women leaders stepping forward, school children striking and young people making their voices heard…The importance of this growing climate justice movement is that it will call for a just solution to a world powered by clean energy, and climate actions that fully respect human rights…” She encouraged the audience to “Get angry with those who have more power, and therefore more responsibility…Take action by using your voice and your vote, and by supporting organisations involved in conservation issues or climate change advocacy, which will also help to reduce your climate anxiety…We need a climate justice movement – speaking up for people who have the least capacity to protect themselves, their families, their homes and their incomes from the impacts of climate change, and indeed climate action policies that are not grounded in human rights…We must prioritise the furthest behind first.