For the fifth year in a row….Irish primary school pupils lead the ‘Handshake for Europe’ 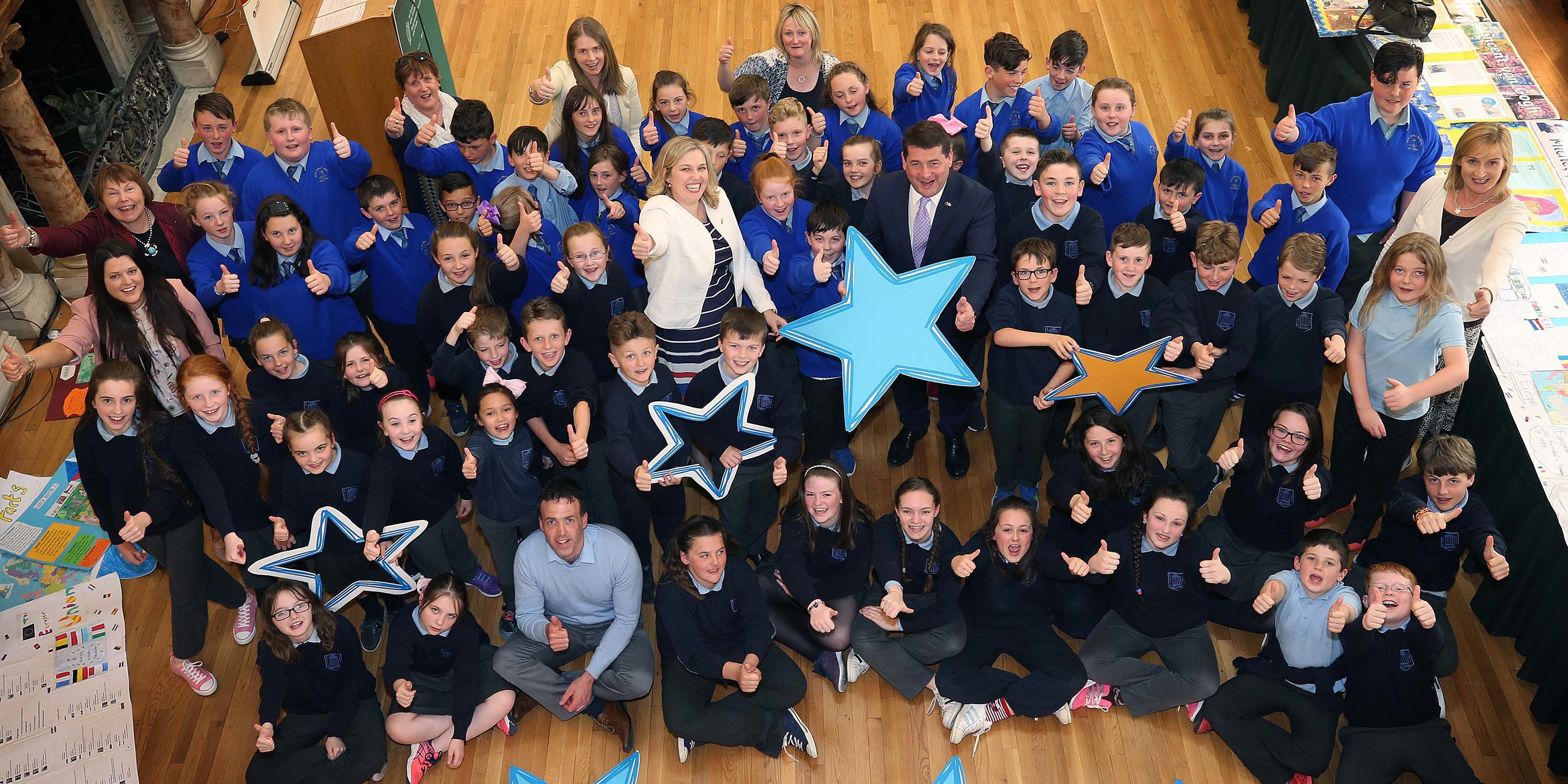 Dublin, Tuesday, 9 May 2017: Primary school children throughout Ireland will today once again ‘shake hands across Europe’ to mark Europe Day, 9 May 2017.  Nearly 165 schools with more than 12,500 participating pupils, in communities in every county of Ireland will participate in their own events.

More than 55,000 children have participated in the ‘Handshake for Europe’ which was initiated in 2013 by Irish schools involved in the Blue Star Programme.

Minister Flanagan and pupils from both schools formed a handshake chain to celebrate Europe and the schools’ participation in the Blue Star Programme.  The Handshake also symbolises the solidarity and diversity among EU citizens.  The two schools have participated in the Programme for five years and Minister Flanagan presented each school with a special award to mark this achievement.

Also attending the event, Minister of State for European Affairs, Data Protection and E.U. Digital Single Market Dara Murphy, TD, said: “The ‘Handshake for Europe’, which was initiated by Irish primary schools, is a great way to celebrate the diversity and inclusiveness of the Blue Star Programme, which is at the very heart of European integration.”

Noelle O’Connell, Executive Director of European Movement Ireland said: “The Blue Star Programme helps pupils, their parents and families to look at different aspects of the EU, from the history and geography, to the culture and EU Institutions.  Pupils often also get to hear about the countries where their classmates are from, which is an added bonus.  We are always very impressed by the creativity of both the participating teachers and the pupils”.

Ms O Connell concluded: “This year, we are delighted to have participating Blue Star Programme schools once again from every county in Ireland.  The ‘Handshake for Europe’ is a great way to celebrate the diversity and inclusiveness of the Programme.”