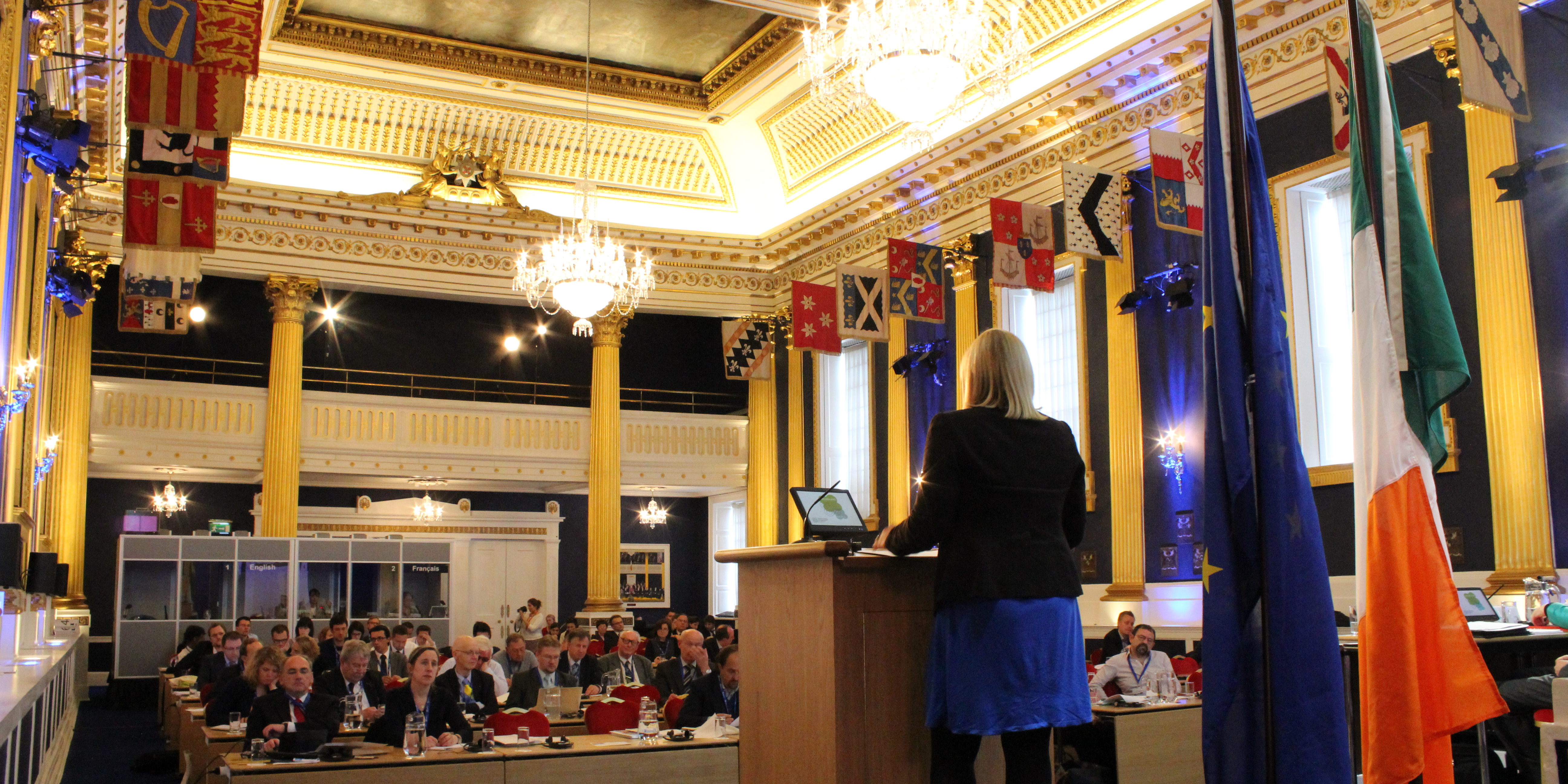 Presentations today from Jo Leinen; Director of the Dublin-based European Foundation for the Improvement of Living and Working Conditions (Eurofound), Mr Juan Menéndez-Valdés; and Minister of State for European Affairs, Lucinda Creighton TD focused on topics from “The EU way out of crisis” to the potential impact of an EU-US trade agreement.