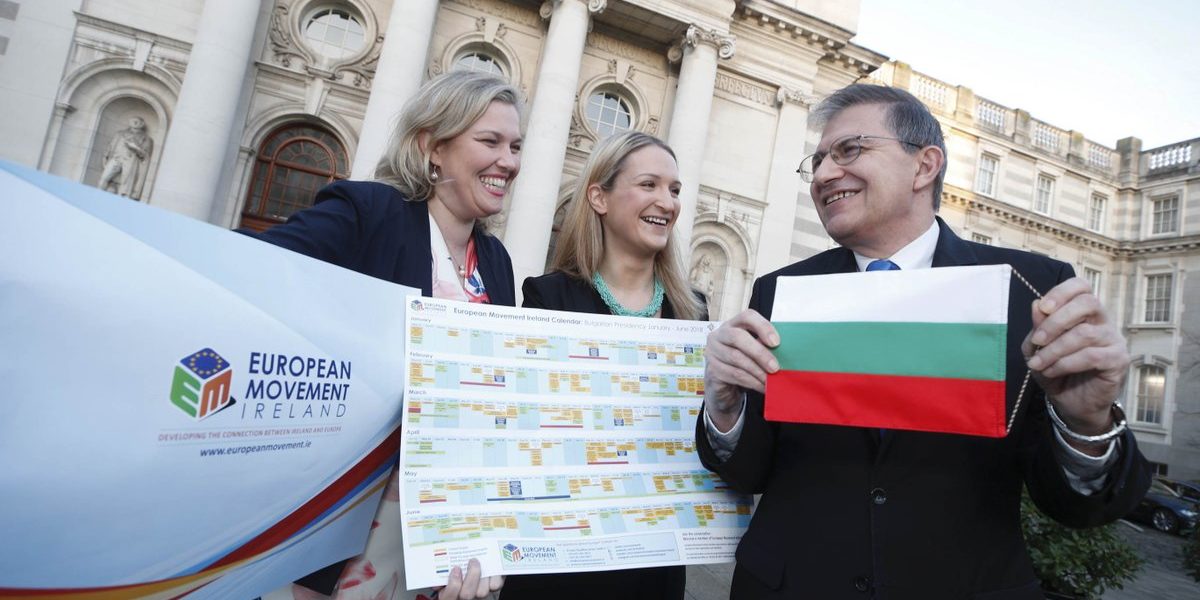 Speaking at the event, the Ambassador of the Republic of Bulgaria to Ireland, H.E. Branimir Zaimov said:  “The leading principle of the Bulgarian Presidency will be to maintain unity and solidarity among EU Member States in seeking broad consensus on issues, such as security and migration; efficient, rapid and fair justice; and the future of the Western Balkans.  We will be a balancing player and will promote a competitiveness environment that is important for the economic prosperity of the citizens of the EU and will put the focus on the necessity to strengthen the Single Market.”

Minister for European Affairs, Helen McEntee T.D. stated:“Ireland wishes the Bulgarian government every success with its first Presidency of the Council of the EU.  I and my colleagues across government look forward to working closely with Bulgarian Ministers over the next six months.  As well as focussing on key issues like Phase 2 of Brexit negotiations, the completion of the Single Market and Digital Single Market, Ireland supports Bulgaria’s priority of expansion of the EU.

“To that end, I will be visiting Serbia, Bosnia and Herzegovina, and Montenegro towards the end of this month.  I look forward to engaging with their governments and offering Ireland’s support for their accession to the EU that I hope will be able to happen in the coming years.”

Concluding, EM Ireland Executive Director, Noelle O Connell, remarked: “In the context of the vitally important debate on the Future of Europe, as well as the ongoing Brexit negotiations, Bulgaria takes over the Presidency at a critical time for the EU.  It will be a busy six months but an important and timely opportunity also to reconnect the EU to its citizens.”