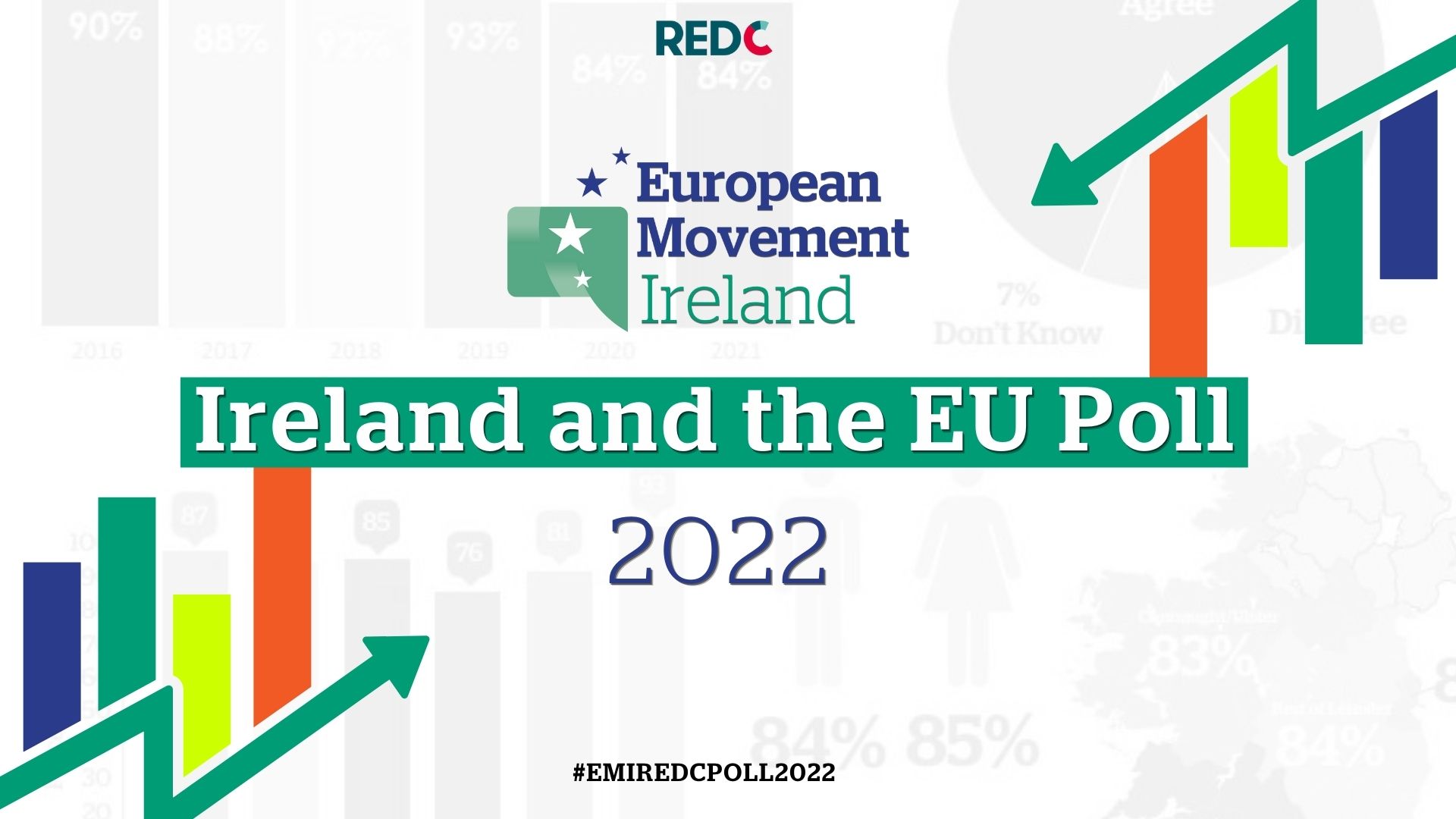 Dublin, 21 September 2022: Almost three in five people in Ireland agree that EU countries should be allowed to delay meeting EU environmental targets in order to deal with the current energy crisis. This is according to the latest annual European Movement Ireland ‘Ireland and the EU’ poll.

The poll, conducted by RED C Research, also found that an overwhelming majority of people in Ireland – some 86% – are concerned that the cost-of-living crisis is harming the EU economy.

“This is undoubtedly a challenging time for people with both the cost-of-living crisis and the energy crisis. However, we must remember that the climate change crisis hasn’t gone away either.

“The European Commission last week presented three proposals to bring electricity costs down for Europeans including a cap on the excess revenues of non-gas electricity producers; a windfall tax to recoup some of the huge profits energy companies are making; as well as comprehensive reform of the electricity market.

“These measures are earmarked to raise up to €140 billion to help protect households and cushion the blow for consumers and businesses over the months ahead. Hopefully this will help shore up additional support amongst the population of Ireland for meeting critical EU environmental targets.”

As the Russian invasion of Ukraine nears its seventh month – 65% of people are in favour of Ukraine joining the EU, with 62% of people also agreeing that the EU should continue to allow more countries to join as member states.

The poll also shows that half of people believe the security situation in Europe means that Ireland should increase its defence spending; while 34% disagreed and 16% did not know.

“Interestingly, in our May instalment of this year’s poll, when we asked if Ireland should be part of increased EU defence and security co-operation, 59% agreed – up 5% from the year before.

“While in some European countries, like Finland and Sweden, there has been a transformation of national debate and policy change around defence and security due to Russia’s invasion of Ukraine, in Ireland public opinion remains mixed,” Ms O Connell added.

Ms O’Connell commented: “What’s surprising is that more than a third of people polled say they don’t know whether they agree or not with the Northern Ireland Protocol. This indicates that there may be a knowledge deficit amongst the population. It suggests more work needs to be done to explain what the Protocol entails and the implications for people in Ireland.”

Meanwhile, almost one third of people – some 31% – believe there will be a united Ireland in the EU in the next ten years, while 43% disagree and 26% don’t know.

“Of any question we have asked in our polling data, the responses we receive on this issue have remained constant for three years, which is noteworthy in itself,” Ms O Connell added.

The report and its findings will be discussed in greater detail at EM Ireland’s AGM today where Minister of State for European Affairs, Thomas Byrne TD will provide the keynote address.

A full breakdown of results can be found here.