From Helsinki to Brussels to Dublin – Reflections on the EU 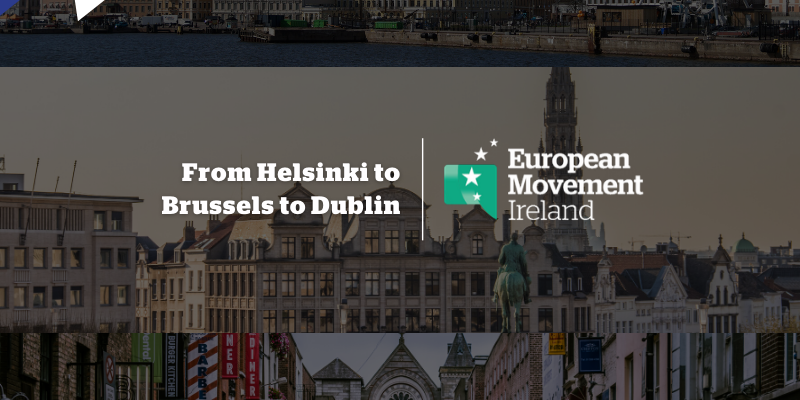 While we were unable to meet in person over the last few months, we at European Movement Ireland have held and taken part in a number of webinars on various aspects of the EU. Here in this EMI Blog, we’ll be taking a look at three of those events and exploring some of the common themes and issues that arose.

In April, RTÉ’s Europe correspondent Tony Connelly and Dr Katy Hayward of Queen’s University Belfast joined us in a webinar to discuss the results from our annual RED C poll on ‘Ireland and the EU’. Next, as members of the European Movement International (EM International) network, our ED Noelle O Connell was invited on to EM International’s ‘European Chats’ series in June and spoke with our colleagues Petros Fassoulas of EM International in Brussels and Aku Aarva of European Movement Finland. Later that month Andrew McDowell, the current vice-president of the European Investment Bank (EIB), discussed both the significance of the EU’s recovery package as well as the EIB’s unique role.

One major theme that emerged from almost all of our events was the EU’s role in the pandemic. Aku Aarva spoke of how, particularly at the beginning of the crisis, many Finnish citizens felt that EU did not do enough, viewing many measures taken across the EU such as the closing of borders, as having been carried out by national governments. Here in Ireland, this sentiment was echoed to some extent in responses to the EM Ireland’s ‘Ireland and the EU’ RED C poll, which found that 47% of respondents were satisfied and 46% dissatisfied with the EU response. It is noteworthy that the fieldwork for the poll took place in March, with Tony Connelly highlighting that the damage done to the perception of the EU response to the Covid-19 pandemic was at the beginning of the crisis, when no Member State responded to the initial call for help from Italy. However, he said, as the crisis progressed, so did the level of the EU’s response as the institutions mobilised the tools at their disposal to act.

Although healthcare is not a responsibility of the EU, economics is, and it is here that the EU will ultimately be judged on in how it delivers the EU’s economic recovery. Andrew McDowell categorised the unprecedented €1.1 trillion economic recovery package as being “a major moment for the EU”. His assertion that this moment has the potential to become a “Hamilton moment” of sorts, in taking the first step to a more integrated version of the EU, that could see a more centralised budgetary capacity. Already we have seen some EU countries carve out their preferred negotiating position. Aku Aarva of EM Finland mentioned how many in Finland are wary of what the economic package will mean for Finland, a country hoping for a more frugal approach to any economic recovery. Ireland has overall “welcomed the broad thrust” of the EU’s recovery plan, where it “demonstrates EU solidarity like never before.”

As we have seen from past crises the EU has faced, economic recovery alone does not strengthen the EU, greater citizen ‘buy-in’ is equally important. Our recent EM Ireland ‘Ireland and the EU’ RED C poll highlights the lack of that ‘buy-in’, with only 33% of those surveyed feeling that their voice is heard at EU level. Dr Katy Hayward highlighted the generational differences in the poll, as only an average of 29% of those under the age of 35 stated that they felt their voices were heard, compared to an average of 45% of those aged 50 and above. Similarly, Aku Aarva spoke of the responsibility on us all to ensure that we listen to the perspectives of citizens and engage in dialogue. In this regard the Conference on the Future of Europe could play a stronger role in representing the concerns and perspectives of all EU citizens, as it deals with issues such as economic recovery, climate change, CAP and digital transformation.

These are just some reflections on some of our recent webinar events, during a summer like no other for the EU. As the EU’s High Representative Josep Borrell stated at the height of the pandemic, “Covid-19 will reshape our world […] How different will depend on the choices we make today”.

You can now watch or listen back to all EM Ireland webinars and Just the Chats podcasts, including the events mentioned above on the EMI Player here. 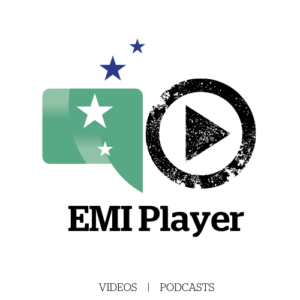