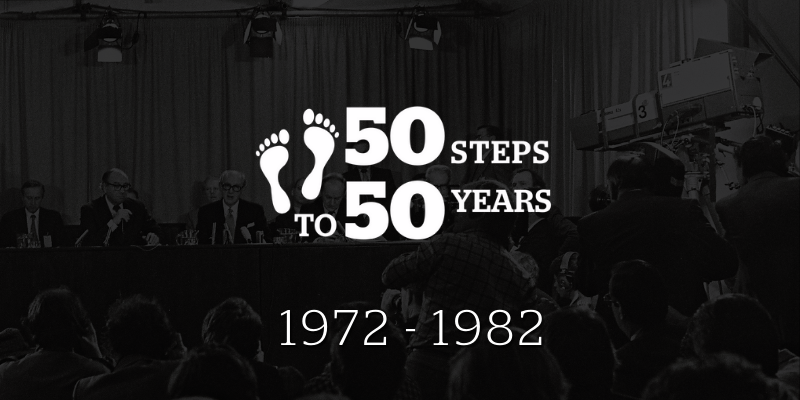 From the end of the marriage bar, the launch Erasmus, to joining the Euro, Ireland’s five-decade membership of the European Union (EU) has been marked by key moments that have impacted Irish society today and will continue to do so.

As we approach the 50th anniversaries of Ireland’s referendum on accession and joining the EU, it is important to mark milestones, from people to events, that have shaped the story of Ireland’s experience of being a member of the EU.

To help mark the 50th anniversary of Ireland’s referendum to join the EU in 1972, European Movement Ireland will be producing a digital timeline series of 50 steps to highlight the key moments that have defined Ireland’s journey since joining the EU in 1973. By collating stories, imagery, and documentation from a variety of sources, EM Ireland will present key moments along Ireland’s journey of our EU membership.