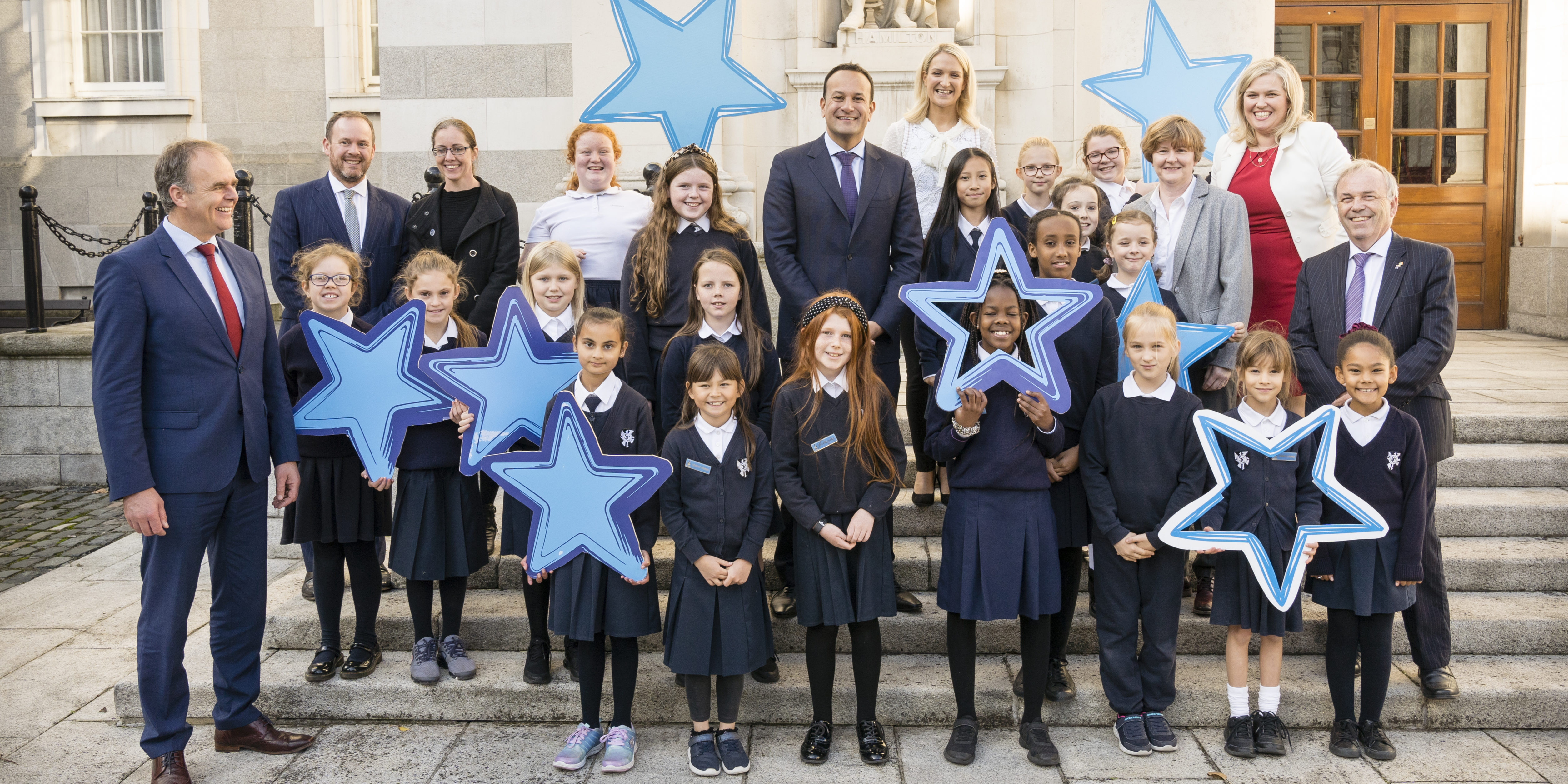 “It’s a privilege to launch the ninth year of the Blue Star Programme, which aims to give children a better understanding of the European Union. It’s a great way for young people to learn about what it means to be European, and how the EU works. The children taking part in this year’s Blue Star Programme are the European citizens and leaders of tomorrow, and will shape the future of our continent. They will be the ones helping to build a new relationship between Ireland and the UK, and dealing with challenges like Climate Change. I hope the experience of the 2020 Programme will stay with them throughout their lives.”

The Blue Star Programme, implemented by European Movement Ireland (EM Ireland), allows primary school pupils across the country to learn about Europe and the EU through creative activities and projects which complement the national curriculum. The Programme is designed so that it can become part of lesson plans already in place. Pupils carry out projects on the history, geography, culture and creativity and Institutions of the EU.

“The Blue Star Programme introduces pupils, teachers, parents and the wider community to the EU, what it means and how it works. The goal of the Programme is to foster a strong sense of citizenship among participants that goes far beyond the school walls and into the wider community. The Programme also aims to help pupils embrace the ever-increasing cultural diversity in Irish society.

“Now, more than ever, I believe that programmes like this should be in our schools to teach children what it means to be part of a European Family. This is especially important for the many children with non-Irish backgrounds as it gives them a chance to tell their classmates about the countries they’re from and to have their heritages celebrated.

“As Minister for European Affairs I am delighted to support this programme and have seen at first hand the enthusiasm that our young people are bringing to the EU. I want to commend the work of European Movement Ireland who manage this excellent programme and I look forward to visiting some schools that are participating in the programme this year.”

“Over the last 8 years, over 1,000 primary school registrations and 90,000 pupils from across the country have taken part in the Blue Star Programme. St Catherine’s Senior National School here with us today from Cabra represent this year’s 200 schools who are learning all about the history, geography, art, creativity, culture and values of Europe and reaching out to their fellow primary school counterparts across Europe. Initiatives such as the Blue Star Programme are crucial today more than ever as they reflect the best of an open modern, inclusive and outward looking vibrant Ireland.” 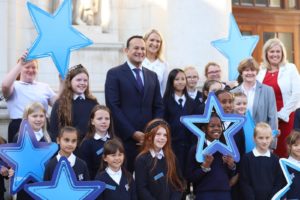 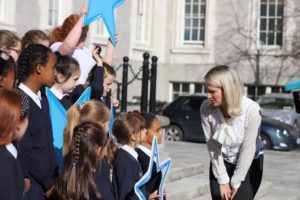 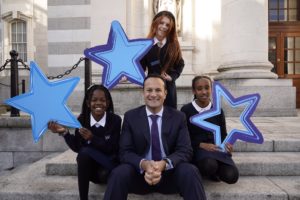 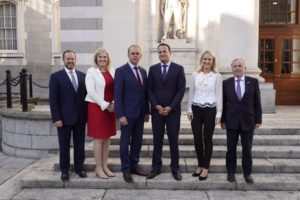 The Blue Star Programme is a venture of the Communicating Europe Initiative, supported by the Office of the Minister of State for European Affairs, the Department of Foreign Affairs and Trade, the Department of Education and Skills, the European Commission Representation in Ireland and the European Parliament Information Office in Ireland.  European Movement Ireland is the National Implementation Body of the Programme.  Since it was established in 2011, there has been over 1,000 primary school registrations, covering all 26 counties, with approximately 90,000 pupils having taken part.