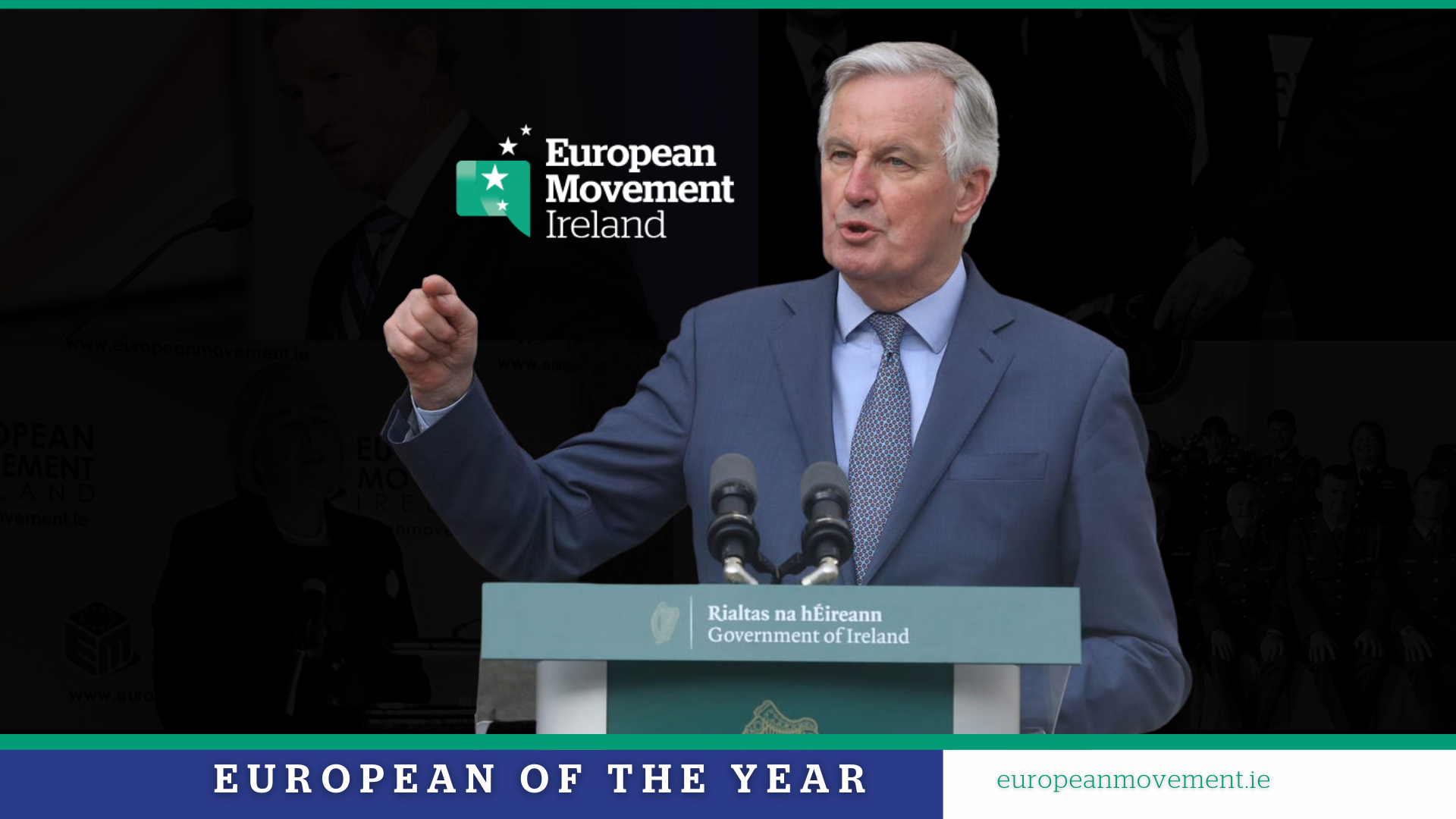 24 September 2020, Dublin: Head of Task Force for Relations with the UK, Michel Barnier, was announced as this year’s European Movement Ireland European of the Year at the organisation’s 2020 AGM held online this evening.

European Movement Ireland’s European of the Year Award recognises and pays tribute to individuals and organisations that have made outstanding contributions to developing the connections and relationship between Ireland and Europe.

Honouring Michel Barnier for his crucial work on the UK’s departure from the EU as Head of Task Force for Relations with the UK, Noelle O Connell, CEO of EM Ireland said,

“EM Ireland is delighted to bestow its highest honour, our European of the Year award, to the EU’s Head of Task Force for Relations with the UK, Mr Michel Barnier. In EM Ireland, we work to develop connections between Ireland and our neighbours across Europe. Promoting this greater engagement amongst the countries of Europe is something that Mr Barnier has pursued with distinction throughout his career, not least in his current role as the EU’s Chief Brexit negotiator with its many challenges. Despite this, he has never wavered from his commitment to safeguarding, protecting and upholding the integrity and values of the European Union.

“From his time as the European Commission’s regional commissioner in charge of the PEACE programme to his appreciation of the unique impact of Brexit on the island of Ireland, Michel Barnier has gained the trust and respect of people across Ireland though his tireless work to achieve the best possible outcome of the challenges posed by Brexit. It is an honour to name Michel Barnier as EM Ireland’s very well deserved European of the Year.”

Concluding EM Ireland’s 2020 AGM, Chairman of European Movement Ireland, Maurice Pratt paid tribute to Michel Barnier as, “a most worthy and distinguished recipient of EM Ireland’s European of the Year award.” He commended Michel Barnier, “in recognition, and paying tribute to his work over many years on the Brexit negotiations, and for the strong support, solidarity and understanding he has shown during his tenure in acknowledging the impact of Brexit on the island of Ireland.”

Michel Barnier will be presented with EM Ireland’s European of the Year Award at a later date in line with Covid-19 public health guidelines.