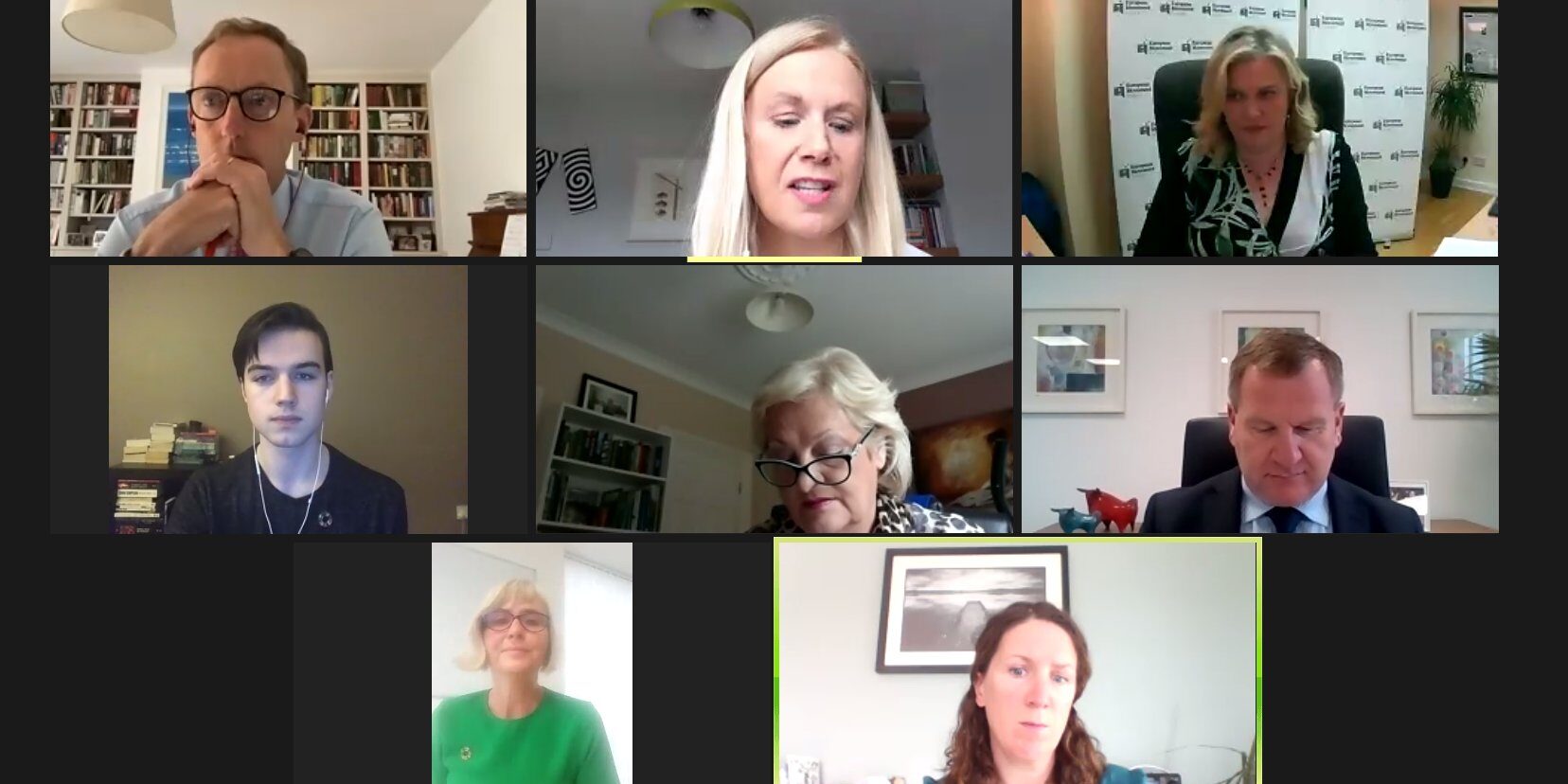 Noelle O Connell, CEO of European Movement Ireland said, “The EU continues to face the decisive obstacle of the COVID-19 pandemic, in addition to Brexit, the accelerated impact of climate change and frayed transatlantic relationships. The SOTEU address has always focused on ways in which the spirit of European solidarity and unity can overcome obstacles, disagreement and difference to find common solutions to common problems. For our work in EM Ireland, I hope to find promise of a resilient recovery focused on the dual ‘green’ and digital transitions; of commitment to democratic dialogue, debate and values centred on deliberative democracy; and of sustained social responsibility, inside and outside the EU. Fundamentally, I hope for an appreciation of the magnitude of the obstacles facing Europe at this time, recognising that our ability to address them will depend on our unity and our ambition to rise to these challenges.”

Barry Andrews MEP commented, “I was delighted to accept the invitation from EM Ireland to address this breakfast briefing. This event is a really useful opportunity for me to discuss and to anticipate important items on the EU’s agenda for the year ahead in advance of President von der Leyen’s first State of the Union speech as Commission President whilst also highlighting critical issues for Ireland such as the impact of COVID-19, Brexit and trade policy development. It is vital that we continue to have events and discussions like this in the face of the unprecedented backdrop of COVID-19 as the challenges this poses for European economies and societies highlight the need for agreement on a common agenda and common priorities across the EU.”

Seán Kelly MEP said, “We are at a critical juncture in European history. The coming months will shape the post-Brexit relationship between the EU and the UK, our ability to recover rapidly from the significant impact of the COVID-19 pandemic, and our pathway to climate neutrality by 2050. I welcome next week’s debate as an opportunity to shape these discussions and ensure Irish positions are voiced.”

The webinar can be viewed in full here.