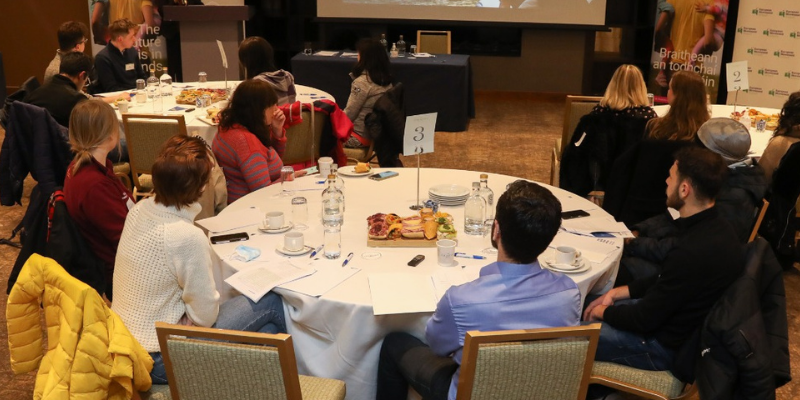 People in Galway gathered on Thursday last to discuss and debate issues of importance to them as part of the Conference on the Future of Europe, a Europe-wide initiative to involve people throughout Europe in a debate about the EU’s future challenges and priorities. The meeting was announced after a series of consultations across the country identified Ireland’s priorities for what Europe should look like going forward.

At the meeting, organised by European Movement Ireland and supported by the Department of Foreign Affairs, in the Galmont Hotel, participants discussed climate change, the environment, and the digital transformation in Europe.

Those in attendance agreed that the EU should combat the climate crisis with the effort and approach applied in response to Covid-19 and improve communications to ensure greater public understand and awareness of climate issues. Attendees called for a unified response to the climate crisis across Europe, saying that the Covid-19 pandemic had highlighted the importance of EU solidarity in facing such crises. Participants also felt that digital solutions were key to dealing with climate change.

In relation to the digital transformation, happening in Europe and across the globe, people agreed that the EU and EU countries’ policies should seek to reduce digital inequalities, noting that the pandemic had highlighted discrepancies and inequalities in access to ICT. Participants also agreed that the EU should do more to strengthen protections against cyber attacks and increase digital literacy as a way to combat misinformation. Questions were raised about how the EU can best disseminate information during quickly-developing geopolitical situations.

“It is tremendously positive that this kind of engagement can once again take place in person and I was delighted to hear how engaged people in Galway were at last week’s event. The Conference on the Future of Europe is an unprecedented and valuable opportunity for citizens right across Europe to make their voices heard about the future direction of our Union. So, from Gdańsk to Galway, from Vilnius to Virginia, we’re having discussions about the future of our European Union.

“Ireland has always been a strong advocate for citizen engagement within the EU and we view the Conference in a very positive light. Indeed, it is fitting that Ireland is now partaking in a reflection exercise like the Conference as we mark 50 years of Ireland’s membership of the European Union across 2022 and 2023. The Conference gives an opportunity to discuss all aspects of EU membership, to assess the benefits, consider what the EU has done well and just as importantly, to identify where there are gaps or where it could do better.”

“This town hall meeting, in Galway provided a great opportunity for people who care about the future of Ireland in the EU to engage in a meaningful, open discussion from a variety of different perspectives. I was delighted to hear such enthusiastic engagement from people in Galway on important issues for Europe’s future, including climate change and the digital transformation. We greatly look forward to continuing these meetings around Ireland, our next in Donegal on Thursday, 10 March. We’re grateful that people are willing to share their time to engage in this process. It is a unique opportunity where people in Ireland can have their voice heard on future opportunities and challenges facing Europe.” 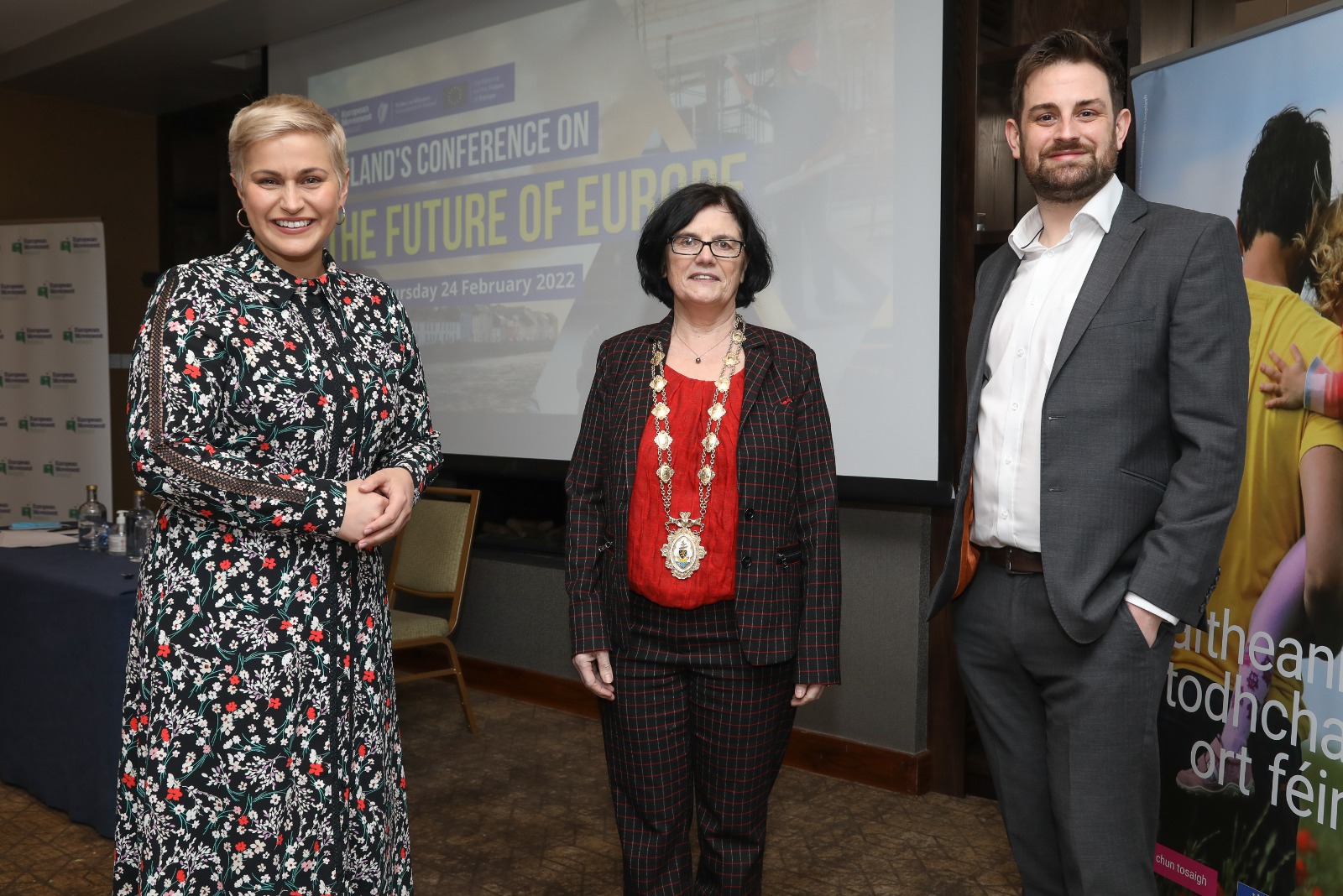 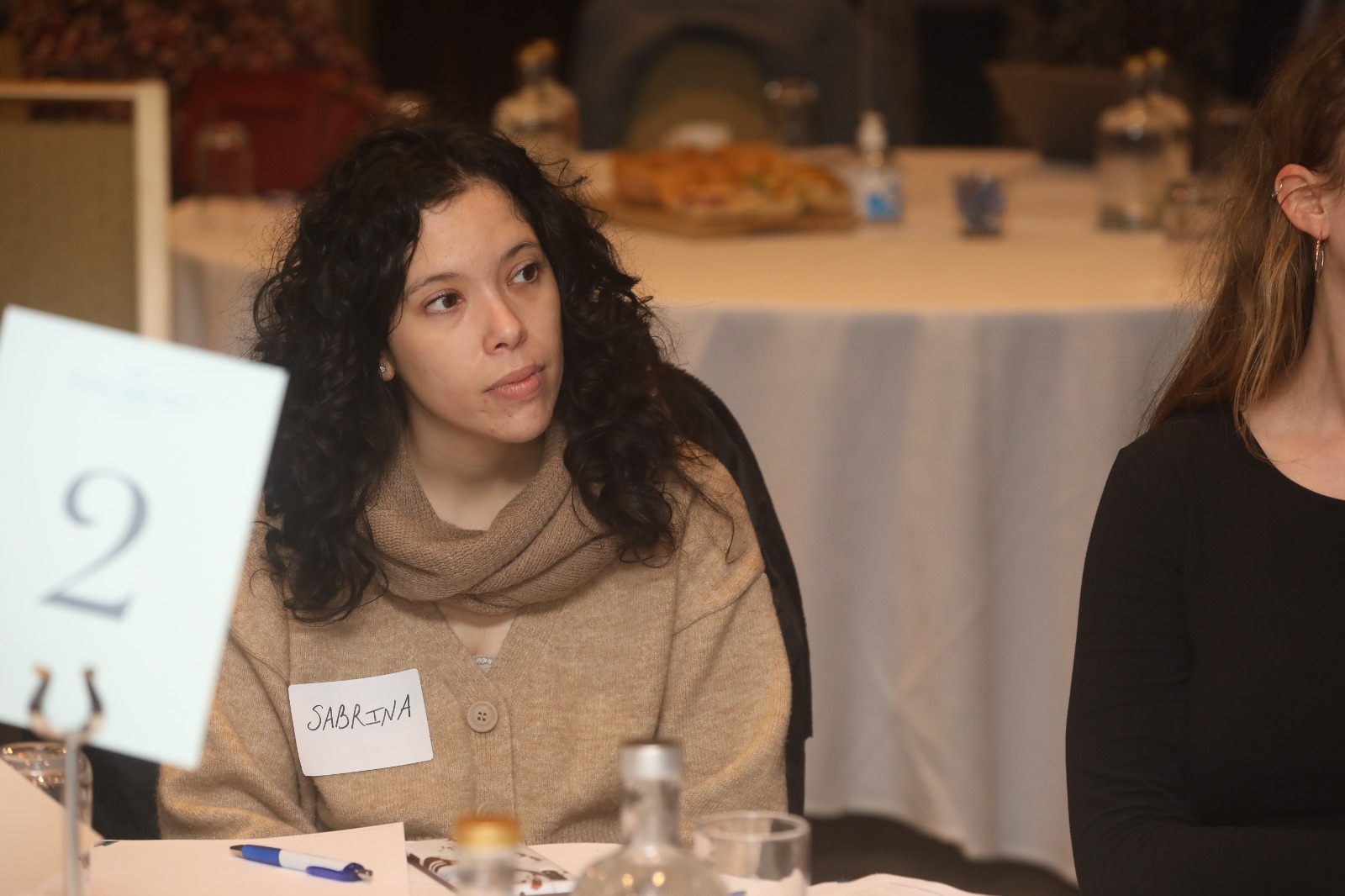 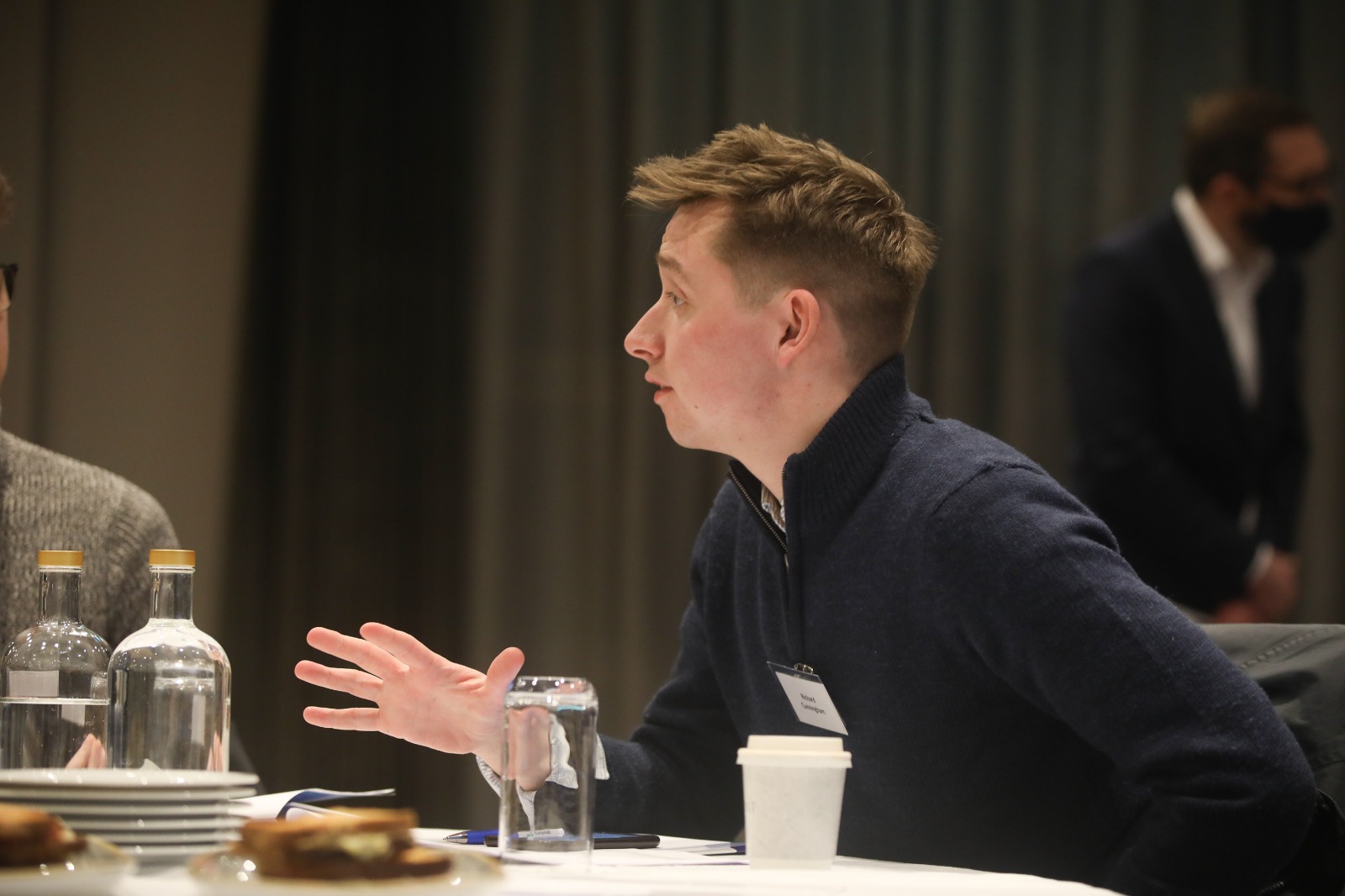 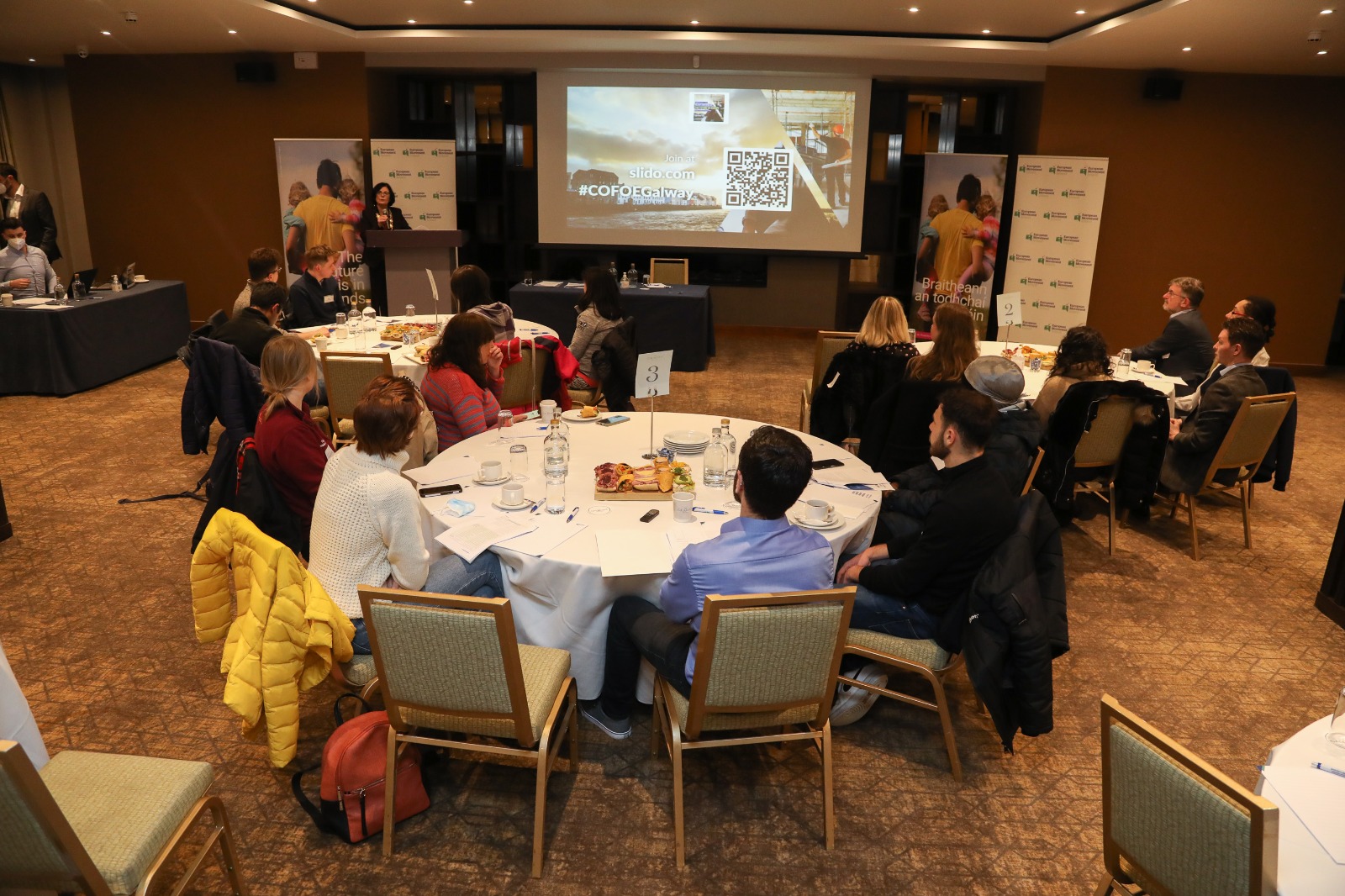