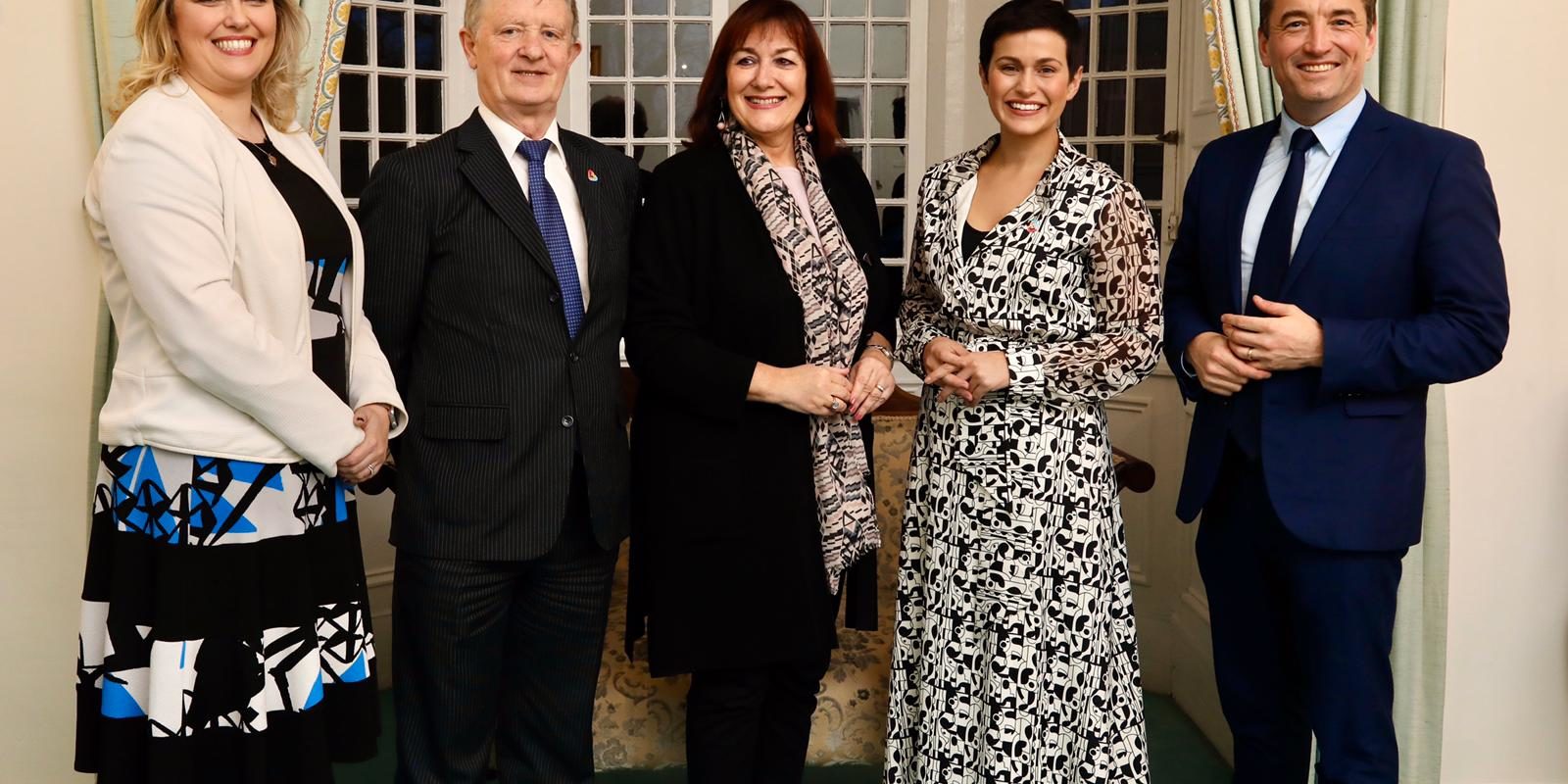 Ireland has the capacity to make a unique contribution to shaping the future of Europe in view of its considerable recent experience with deliberative democracy and citizen participation. European Commission Vice President for Democracy and Demography Dubravka Šuica shared this view with the people of Galway in a Citizens’ Dialogue “Galway at the Heart of Europe”, held tonight at the Aula Maxima of the National University of Ireland, Galway. The event was co-hosted by Midlands – North West MEP Maria Walsh and organised by the European Commission Representation in Ireland in co-operation with European Movement Ireland.

The audience in Galway found themselves at the heart of the one of the most important contemporary debates in European politics – about what kind of Europe we want in the coming years and decades. The European Commission adopted its contribution to the shaping of the Conference on the Future of Europe on 23 January 2020.

European Commission Vice President for Democracy and Demography Dubravka Šuica who is in charge of organising the Conference said: “Citizens asked us to be more involved beyond elections, they want to have a greater say in EU policy-making. We are reacting to this request with a unique and ambitious initiative: the Conference on the Future of Europe. It will allow citizens from diverse backgrounds and all corners of the Union to engage in an open, transparent and structured debate around the key priorities for our future. This initiative will provide us with a unique opportunity to reflect with citizens, to listen to them, to connect and engage, to explain, and hence build trust and confidence in each other.”

Maria Walsh, MEP for the Midlands – North-West said: “This Citizens’ Dialogue gives you an opportunity to engage with EU decision makers about the direction you want Europe to take. As we have seen through the Brexit process, the European Union plays such an important role in our modern democracy, which is why it is so important that we engage with key decision makers when given the opportunity. We all need to ask how we can strengthen trust and confidence between the EU institutions and the people they serve. Europe plays a very positive role here in Ireland. Galway as European Capital of Culture 2020 is just one example of that.”

Noelle O Connell, Executive Director of European Movement Ireland said, “We greatly welcome Vice President Šuica’s visit to Galway at this important junction for Ireland, as the EU prepares for the Conference on the Future of Europe. Europeans deserve to have their voices heard in relation to what the EU does and how it works for them. We in EM Ireland look forward to continuing to engage with this type of dialogue as any initiative that brings Europe closer to its citizens is important now more than ever. People in Ireland should continue to have the opportunity to shape and contribute to these conversations. It is particularly significant that this event, about the future of Europe, is being held in Galway during its year as the European Capital of Culture for 2020.”