‘Sustainable Europe – Sustainable Future’ : European Movement Ireland briefing held on the Finnish Presidency of the Council of the EU

You are here:
Press ReleaseUncategorized 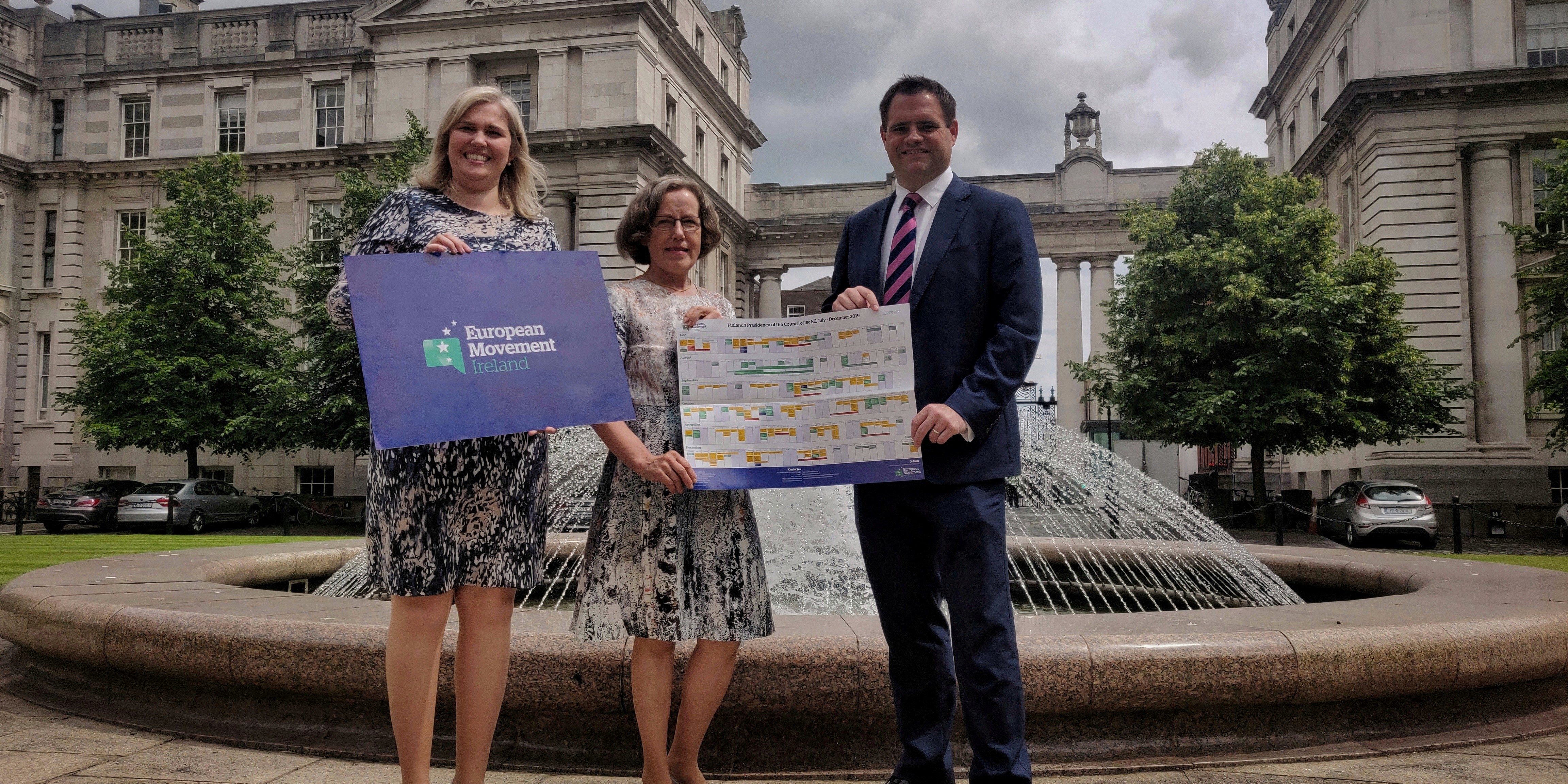 EM Ireland held a briefing on the Finnish Presidency of the Council of the European Union and launched the EM Ireland Presidency calendar on 9 July 2019. This year’s Presidency will be underpinned by the motto, “Sustainable Europe – Sustainable Future” and its focus over the next six months will be on strengthening common values and the rule of law, making the EU more competitive and socially inclusive, strengthening  the EU’s position as a global leader in climate action and comprehensively protecting the security of EU citizens. The event was the 16th of its kind to be held by EM Ireland.

Speaking at the briefing, Ambassador of Finland to Ireland, H.E, Raili Lahnalampi, said, “We must remember that the European success story has always been anchored in democratic institutions, human rights and the rule of law. Our values have not been – and should not be – for sale”. This is Finland’s third term of Presidency, having held the Presidency previously in 1999 and 2006.

Commenting on the Finnish Presidency, Minister for European Affairs, Helen McEntee TD, said: “Ireland wishes the Finnish government every success with its third Presidency of the Council of the EU. I and my colleagues across government look forward to working closely with Finnish Ministers over the next six months to progress the EUs agenda as well as the Finnish priorities.

“This Presidency comes at another critical juncture for the EU, with a newly elected Parliament and EU Commission to be established. We will of course be focusing on Brexit; while also trying to progress negotiations on the next EU Budget. It is essential that MFF negotiations are concluded in a timely manner so that citizens can benefit immediately.

“Ireland also supports Finland’s priority to strengthen the EU as a Global Leader on climate action. Ireland has recently published a very ambitious and detailed Climate Action Plan, one that aims to make us carbon neutral by 2050.”

EM Ireland Executive Director, Noelle O Connell spoke at Tuesday’s briefing saying, “Finland’s EU Presidency is an opportunity for us here in Ireland and indeed across the other member states to have an open dialogue on the role that the EU can play in tackling issues such as climate change. Enhancing the EU’s competitiveness is another key focus of the Presidency and this is particularly pertinent for Ireland with Brexit on the horizon.”

The Finnish Presidency runs from 1 July to 31 December 2019. The EM Ireland biannual calendar details the key dates during the Presidency and is available to download from http://bit.ly/PresidencyCalendar.