In Conversation with Bonnie Greer 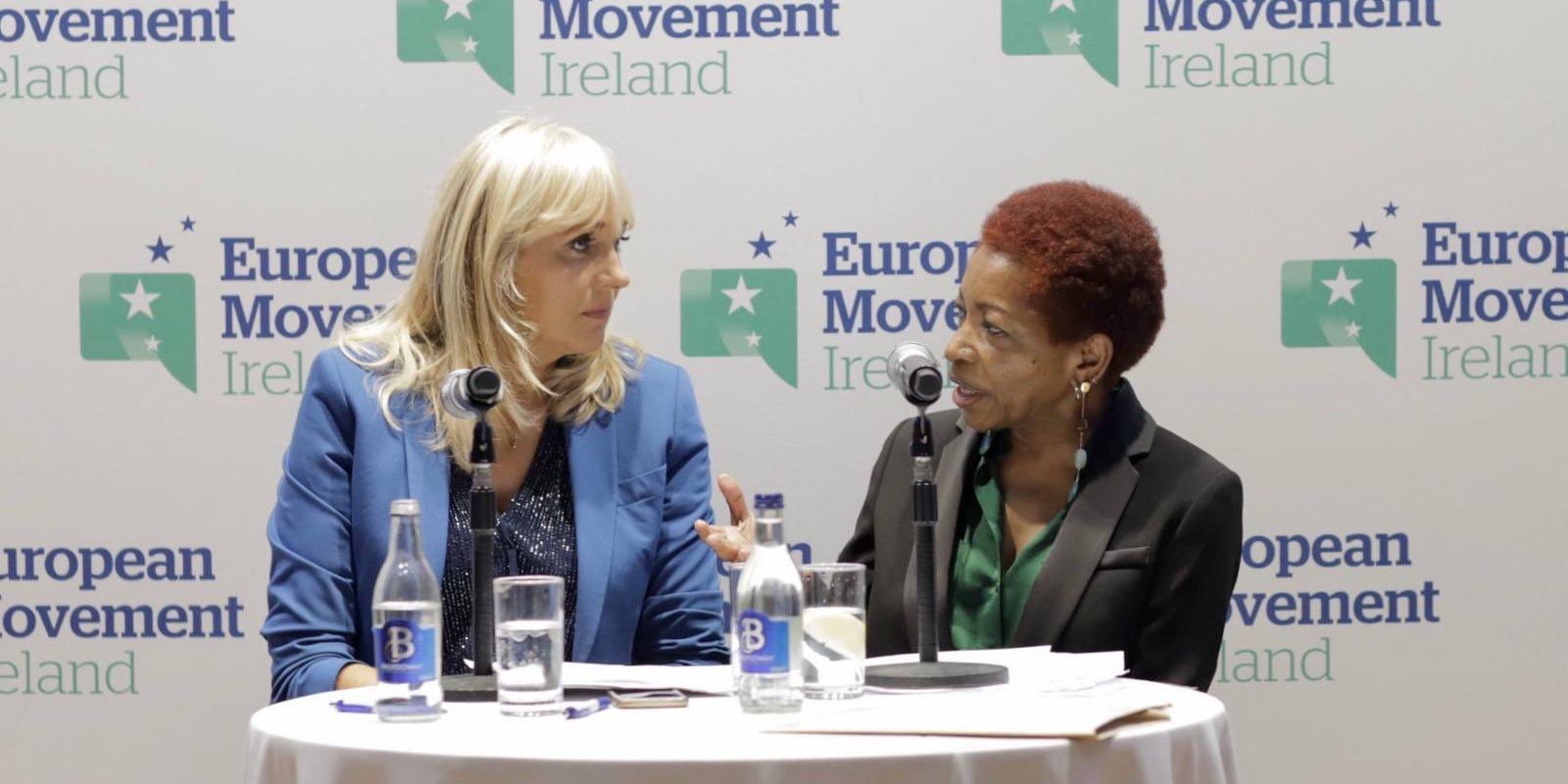 American-British playwright, novelist and critic Bonnie Greer spoke to broadcaster Miriam O’Callaghan at a sold out European Movement Ireland event in the National Concert Hall this evening, less than two months after her comments on BBC’s ‘Question Time’ in relation to the impact of Brexit on Ireland and the ‘special’ relationship between Ireland and the US went viral worldwide.

In conversation with Miriam O Callaghan, Ms Greer spoke about the devastating impact Brexit is expected to have on Ireland and addressed the sensitive ‘four-way’ issue of Irish – UK – EU – US relations. She went on to discuss the current state of democracy worldwide and politics in the US as the 2020 US Election campaign gets underway. She spoke about her own work and what her influences over the years, one of which being her own move from the US to the UK in 1986. She concluded by looking forward to address the challenges of Brexit, and both the present and future of the UK and the European Union as a whole.

Noelle O Connell, Executive Director of European Movement Ireland commented on Ms Greer’s remarks and the event itself, saying, “It is a tribute to Bonnie Greer that EM Ireland is hosting this sold-out event this evening with our members and friends. It shows clearly the importance of speaking truth to power, of debating, engaging and probing the changing role of politics and global relations, as we see clearly with recent developments across the globe, from US politics to Brexit. Bonnie’s contribution to this stimulating debate has been of great significance; it has opened it up, enlivened it, it has made the political public and the public political. Bonnie has asked questions that need to be asked – something we strive to do as part of our work in European Movement Ireland. As JFK wrote, “Too often we enjoy the comfort of opinion without the discomfort of thought”.

Discussion ensued with the audience in a full house at the NCH, who raised a variety of queries and concerns about Brexit and the future of Ireland and the EU. The ‘conversation’ in full will be released shortly as a podcast as part of EM Ireland’s ‘Just the Chats’ podcast series.