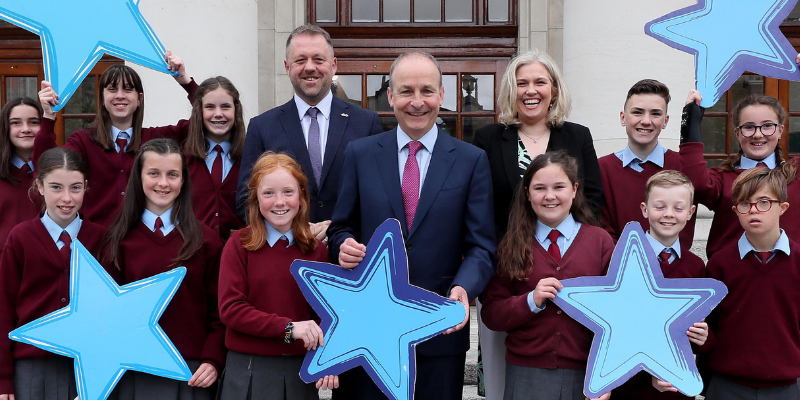 Dublin, 9 May 2022:  Pupils from St Andrew’s National School, Curragha, Co. Meath paid a visit to Government Buildings today for a Blue Star Programme celebration of Europe Day and a special commemoration this year of the 50th anniversary of Ireland’s vote to join the then European Communities (EC) in May 1972. The children met Taoiseach Micheál Martin TD and Minister of State for European Affairs, Thomas Byrne TD; Eimear Ní Bhroin, European Commission Representation in Ireland; European Movement Ireland CEO, Noelle O Connell and Blue Star Programme Manager, Ryan Levis to celebrate 9 May, Europe Day which marks the anniversary of the Schuman declaration, considered the beginning of what we now know as the European Union.

“Over the last 11 years, over 1,000 primary school registrations and 100,000 pupils from right across Ireland have taken part in the Blue Star Programme. St Andrew’s National School here with us today from Curragha, Co. Meath represent this year’s 250 schools learning all about the history, geography, art, creativity, culture and values of Europe and reaching out to their fellow primary school counterparts across Europe. Initiatives such as the Blue Star Programme are crucial today more than ever as they reflect the best of an open modern, inclusive and outward looking vibrant Ireland. Today was of particular importance for the children who joined us, and indeed for the Blue Star Programme as we celebrate 50 years of Ireland’s membership of the EU.”

The Blue Star Programme is, supported by the Office of the Minister of State for European Affairs, the Department of Foreign Affairs and Trade, the Department of Education and Skills, the European Commission Representation in Ireland and the European Parliament Liaison Office in Ireland, with European Movement Ireland as the National Implementation Body For more information, visit https://www.bluestarprogramme.ie/ . 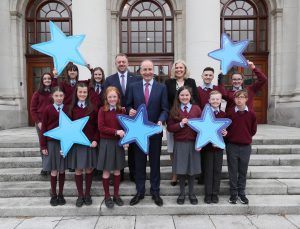 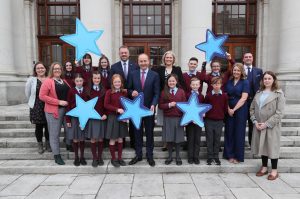 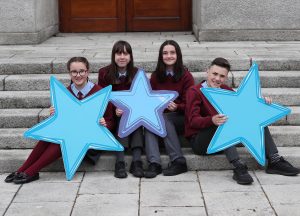 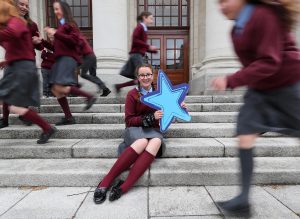 Contact Lisa Nic an Bhreithimh, Head of Communications and Education, to arrange lisa@europeanmovement.ie ; 0879503539