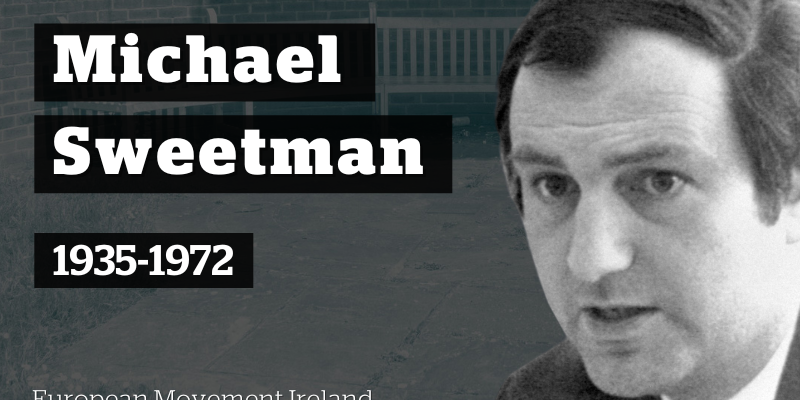 As we mark the 50th anniversary of Ireland’s EEC accession referendum which took place 10 May 1972,  it was a seminal moment in Irish history. Today, European Movement Ireland paid tribute to one if its former Chief Executives, the late Michael Sweetman on the 50th anniversary since the Staines Air Disaster which claimed the life of Mr Sweetman.

On 18 June 1972, a flight to Brussels crashed outside Staines, England, resulting in the tragic deaths of 118 people, including an Irish business delegation of 12 businessmen from Ireland who were on their way to Brussels for discussions with officials on Ireland’s EEC accession. Michael Sweetman was part of that delegation advocating for Irish entry to the EEC and one of the key figures in Ireland’s ‘Yes,’ vote campaign.

“This year is a pivotal year for marking Ireland’s EU Journey as we celebrate 50 years of our membership of the European Union. The vote by 83% of people in Ireland in May 1972 to join what has been the world’s most successful peace project, has been the most transformative decision every undertaken by the people of this country over the last half century. It would not have been possible without the hard work, ambition  and commitment to furthering Ireland’s place at the heart of Europe by visionary Irish leaders including former EM Ireland CEO, Michael Sweetman who tragically lost his life in the Staines Air Tragedy.  Today we pay tribute to him and the other Irish leading figures and commemorate their lasting legacy and contribution to both Ireland and Europe.’’ 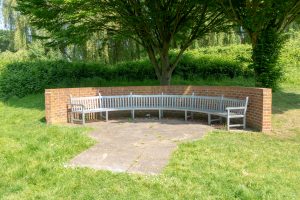 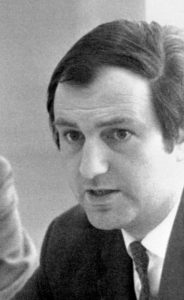 Michael Sweetman, director of the Irish Council of the European Movement, who was in the delegation of 12 Irish industrial and business leaders killed in the BEA Trident jet disaster at Staines. He was among 118 victims of the crash.