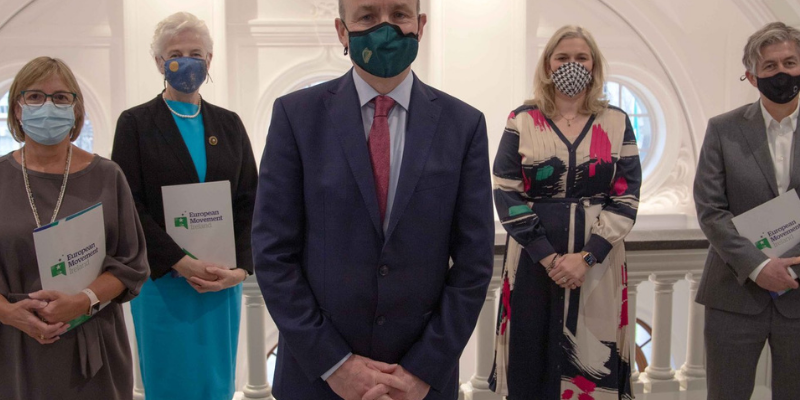 Speaking after the meeting, An Taoiseach, Micheál Martin TD said,

“It was good to sit down with European Movement Ireland colleagues to discuss this year’s commemorations at a crucial time for Ireland’s relationship with the European Union. EM Ireland is, and has been since its foundation 68 years ago, a key stakeholder working to develop and cultivate Ireland’s relationship with Europe. I look forward to working alongside EMI on commemorative events and projects in the months ahead.”

“This meeting provided an important opportunity for the directors and CEO of EM Ireland to engage with Taoiseach and EMI Honorary President, Micheál Martin ahead of an important year of commemoration and reflection on 50 years of Ireland’s membership of the EU. This year, we remember the historic referendum and vote for Ireland to join the EEC, as it was then known. In the 50 years since, public sentiment in Ireland towards the EU has remained positive. We discussed Ireland’s future relationship with the EU with An Taoiseach, particularly with regard to citizen engagement, inputs as part of the Conference on the Future of Europe and the key role played by EM Ireland in this crucial and timely work. It was a positive and fruitful meeting and we look forward to continued engagement with An Taoiseach and government colleagues.” 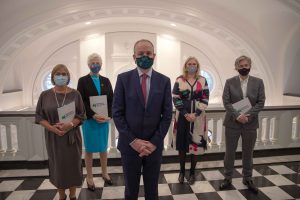