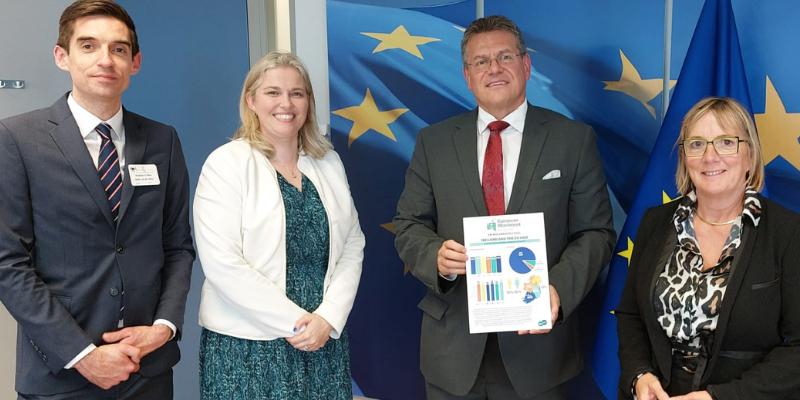 “We discussed the need for continued engagement to resolve issues surrounding the Protocol on Ireland and Northern Ireland. From European Movement Ireland’s perspective, we strongly support the efforts of the Vice President and the EU institutions to provide flexibility within the parameters of the Protocol. Discussions must continue to resolve existing issues and to ensure that people and businesses in Northern Ireland can take full advantage of their unique position in accessing both the British and EU markets.

“We are gravely concerned by the British government’s intention to introduce legislation to disapply parts of the Protocol as announced this week. A mutually beneficial relationship between the EU and UK is undoubtedly in the best interests of both sides and a goal worth striving for.”

“We were delighted to meet with Vice-President Šefčovič while in Brussels for a series of meetings on Ireland’s EU relationship as we approach 50 years of our EU membership. We discussed the important role played by civil society organisations such as EMI in ongoing engagement on these issues, now and in the period ahead. EM Ireland will continue and intensify efforts to engage people and civil society in communicating issues related to the evolving EU-UK relationship and Ireland’s unique position in this regard.”