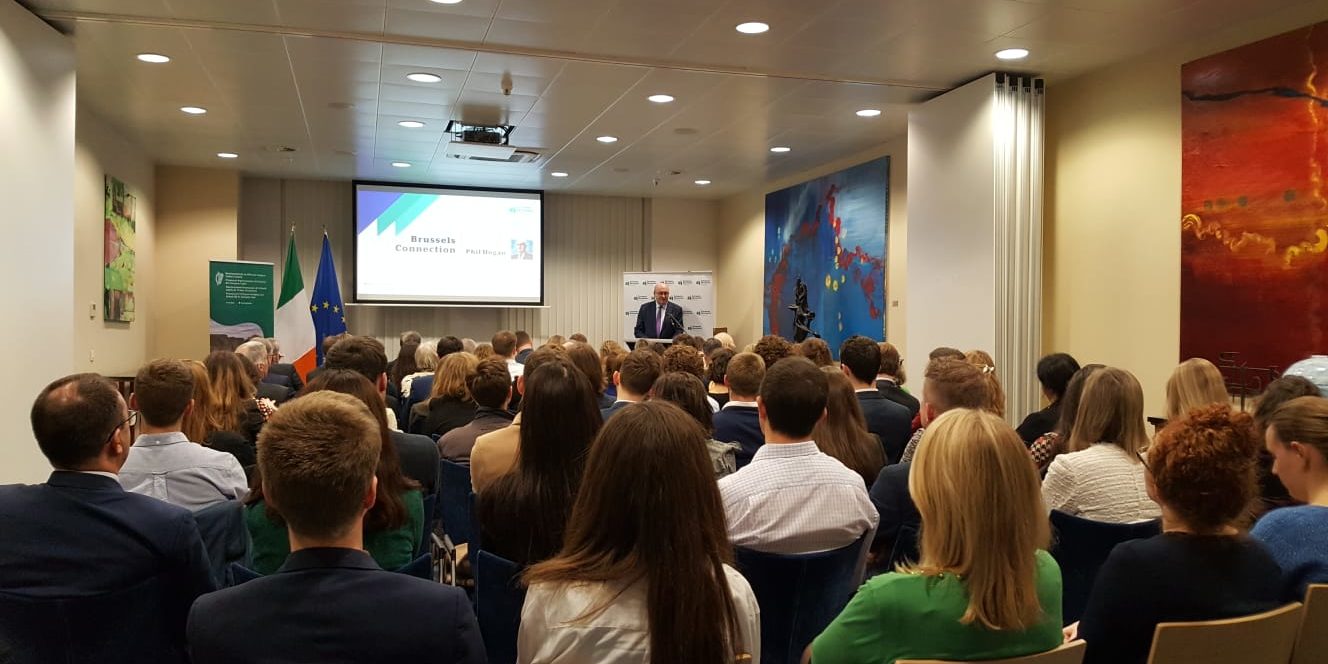 Commissioner Phil Hogan spoke at a networking event for Irish people living and working in Brussels this evening. At the event, the Commissioner spoke about the importance of supporting a new generation of Irish people to advance professionally within the EU institutions and in the broader Brussels ecosystem.

He said ”Ireland has always punched above its weight when it comes to influencing the European agenda, thanks to strong engagement by government and the civil service, as well as the outstanding work and reputation of Irish officials in the EU institutions and wider EU workforce.

“To reinforce this influence for the coming decade, we need a new generation of Irish people to build careers in and around the EU institutions. The opportunities for a fulfilling career and a great lifestyle are huge, and I hope we will see more young Irish people bringing their energy and talents to Brussels in the coming decade. Of course, organisations like EMI have a very important role to play in spreading the word and providing guidance and support”.

“We are delighted that Commissioner Hogan could join us this evening, in between moving from one portfolio of vital interest to Ireland – agriculture – to another, international trade. As one of the EU economies most dependent on a functioning global trading system, Ireland has more than most to gain from EU trade deals with other countries. Assuming Brexit happens, sadly this will also be as true for any future trade deal between the UK and the EU, as between the US (or others) and the EU. We at European Movement Ireland wish Commissioner Hogan every success in his new portfolio.

EM Ireland’s ‘Brussels Connection’ event, a gathering of Irish people living and working in Brussels, is held twice each year in the city. At this year’s event, EM Ireland also launched Volume XIII of the Green Book, a guide for people currently living and working, or looking to pursue careers in Brussels.