“Brexit is first and foremost about people.” 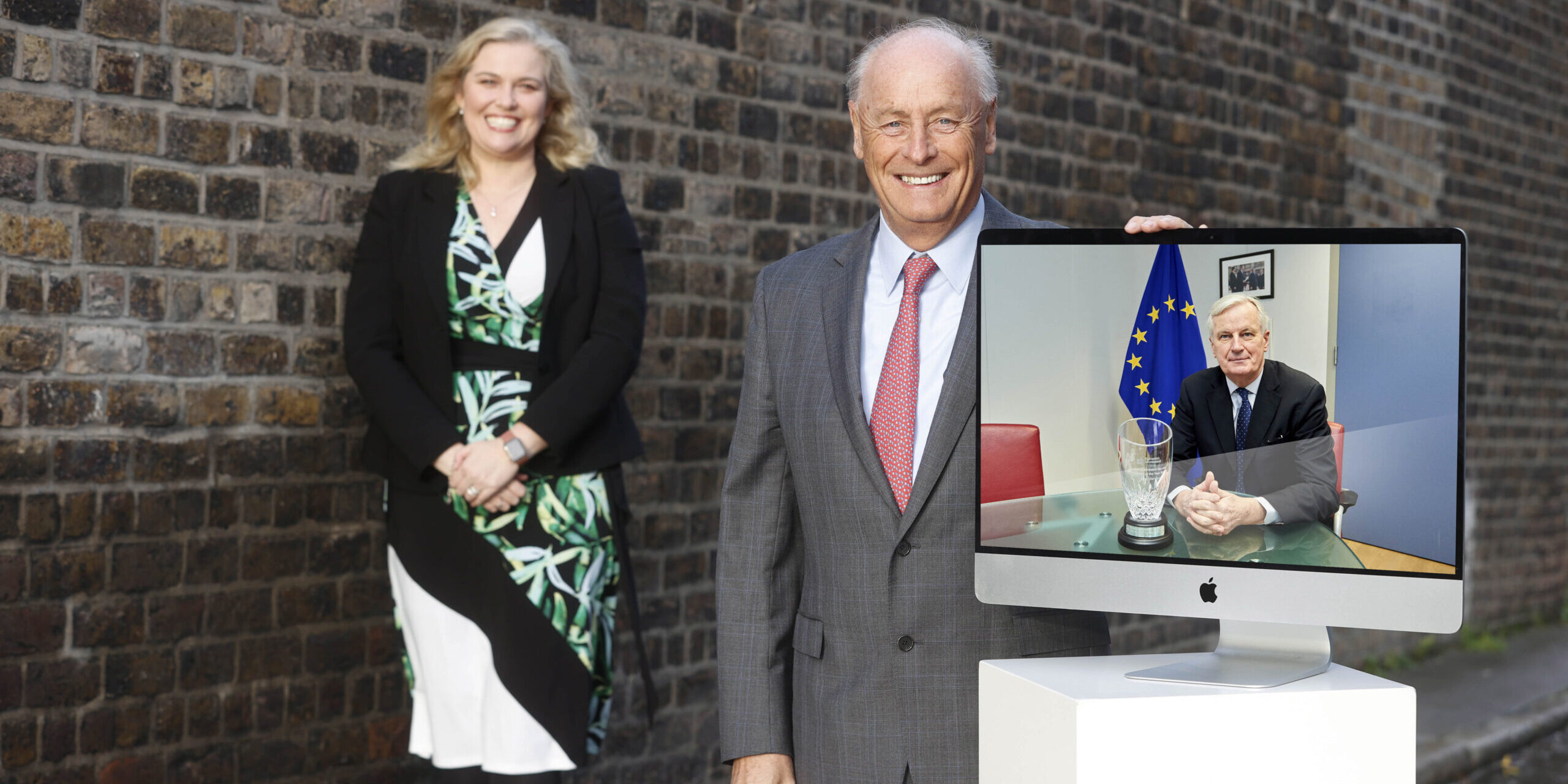 21 January 2021, Dublin: Head of Task Force for Relations with the UK, Michel Barnier, was presented with European Movement Ireland’s European of the Year Award at an online award ceremony this morning. The European of the Year Award recognises and pays tribute to individuals and organisations that have made outstanding contributions to developing the connections and relationship between Ireland and Europe.

“It is truly an honour to receive this “European of the Year” award.” He went on to comment on Brexit negotiations and the EU-UK Trade deal agreed in December, “My team and I were particularly attentive to the concerns voiced by all the different parties and communities of Ireland and Northern Ireland…We travelled several times to Ireland and Northern Ireland, we went to the border, we walked on the peace bridge in Derry/Londonderry. Above all, we listened and engaged with students, workers, business owners and rural communities. Because Brexit is first and foremost about people…The memories of the Troubles never far away.

“I continue to believe that we have to be both patriotic and European – patriote et européen – Irish and European, French and European. The two go together…That is why preserving EU unity was so important throughout the Brexit process. And we succeeded, together. The unity and solidarity between Member States was visible at every step of our negotiations with the UK. Contrary to what many predicted at the time of the 2016 Brexit referendum, Brexit did not trigger the end of the European Union, but the strengthening of its unity…Together, we can build a Europe that not only protects but also inspires…A Europe that continues to make us stronger together. Ní neart go cur le chéile. There is no strength without unity.”

“Over a long and difficult period, Michel Barnier sought to protect and advance European interests and values while also working to maintain a close and productive relationship with the United Kingdom. The agreement which has been reached is positive. While issues remain, it has provided clarity to businesses and citizens. Also, and importantly, this agreement can be built upon, with a view to ensuring the EU and the UK have an ongoing, constructive and mutually beneficial relationship in the future. Ireland, as a proud EU Member State with the closest relationship to the UK, has a role to play as a future facilitator in that process.”

“I was delighted to present Michel Barnier with our European of the Year award today. This award recognises individuals and organisations that have made outstanding contributions to developing the connections and relationship between Ireland and Europe. Promoting this greater engagement amongst the countries and peoples of Europe is something that Mr Barnier has pursued with distinction throughout his career. He has never wavered from his commitment to safeguarding, protecting and upholding the integrity and values of the European Union and in doing so has protected Ireland’s interests throughout the Brexit process.”

Watch the European of the Year Award Ceremony back online here or read a full transcript of Michel Barnier’s address here.