You are here:
EU50Press Release 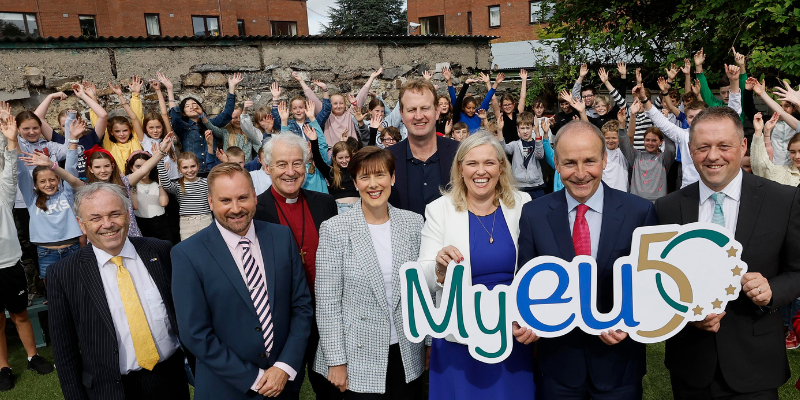 Dublin, 07 September 2022: An Taoiseach Micheál Martin today launched a major competition for young people all across Ireland focused on 50 years of Ireland’s EU membership. A joint initiative of the Government of Ireland and European Movement Ireland, MyEU50 will engage with students at primary, post-primary and third levels to share their creativity and new ideas about Ireland and Europe. For Primary and Post-Primary Level, there is €2,000 up for grabs for the winning entries.

Marking the launch, An Taoiseach, Micheál Martin, the Minister for Education, Norma Foley, and the Minister of State for European Affairs, Thomas Byrne, visited Kildare Place School in Rathmines, Dublin and chatted to pupils about Ireland’s 50 years in the EU and their views about the future.

Primary level pupils are asked to get creative about the 26 other EU countries by picking a Member State sharing in the most colourful and creative way possible facts about that country. Post-primary level students are tasked to make a short 2-to-5-minute video news feature to explore how the EU affects their school and community.

The competition will focus on areas including life in other EU member states, what it’s like to work for the EU and the EU’s future direction.

Primary and secondary level students can submit their entries up until 28 October 2022. The third level competition will take place in 2023.

More information can be found at www.myeu50.ie. 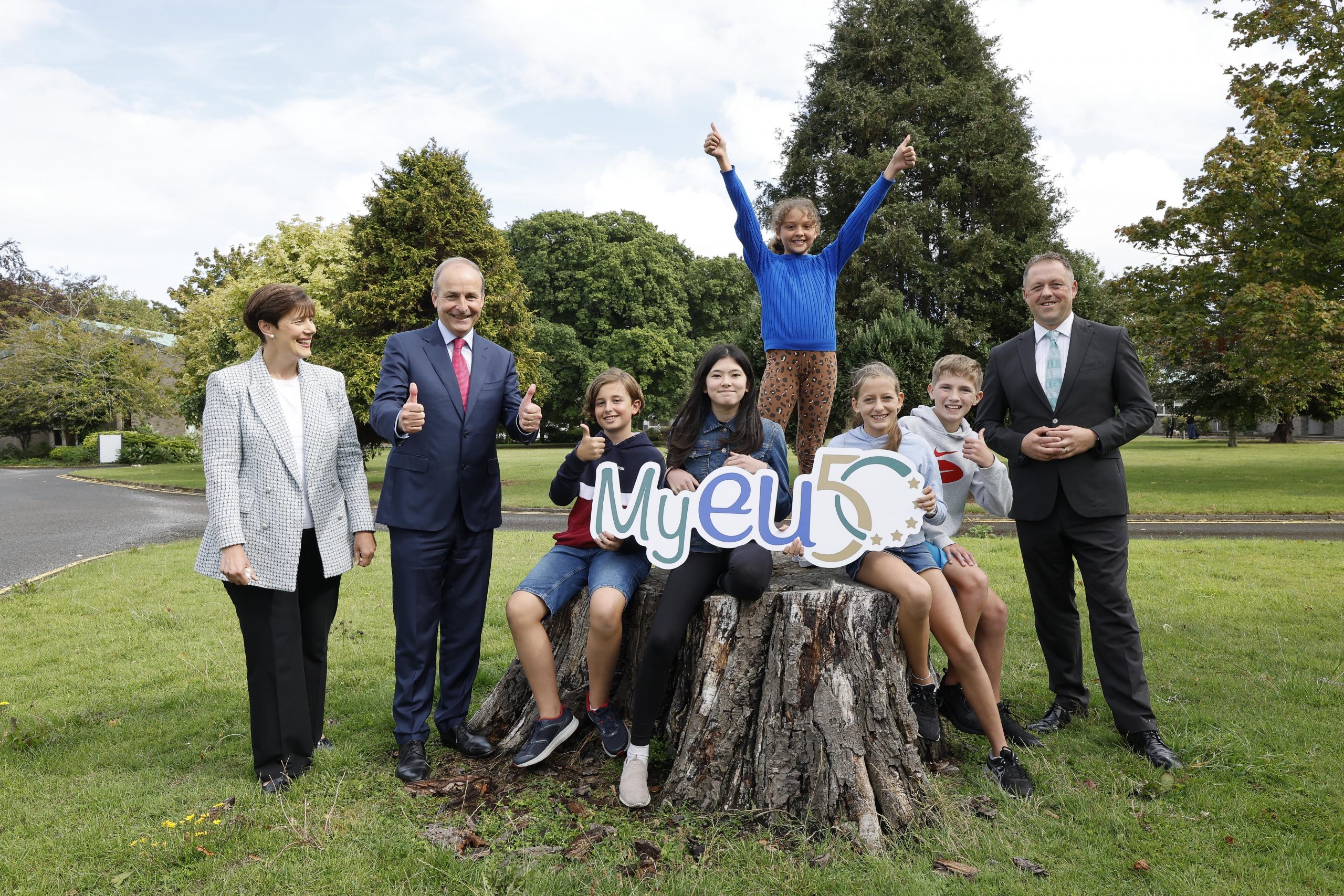 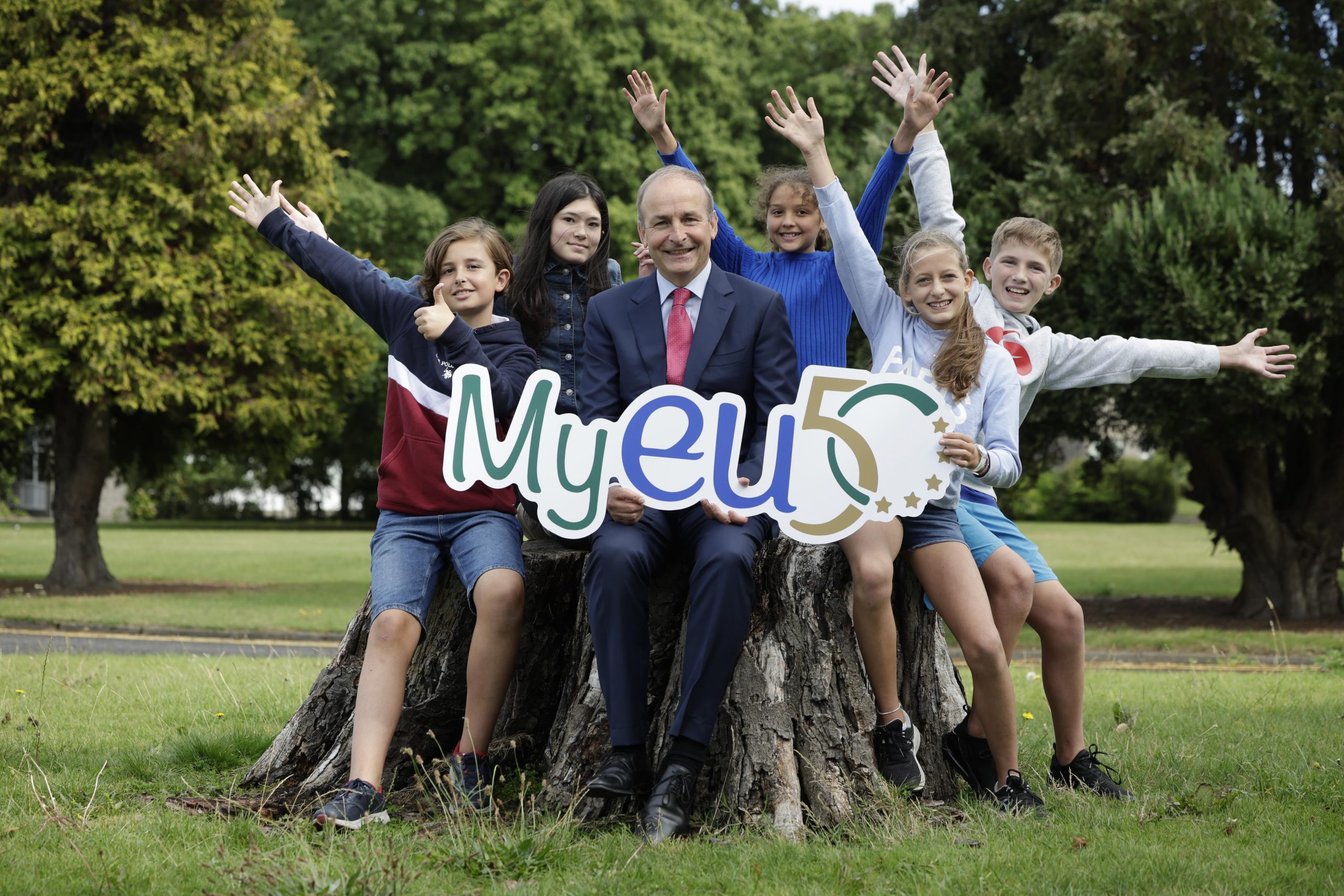 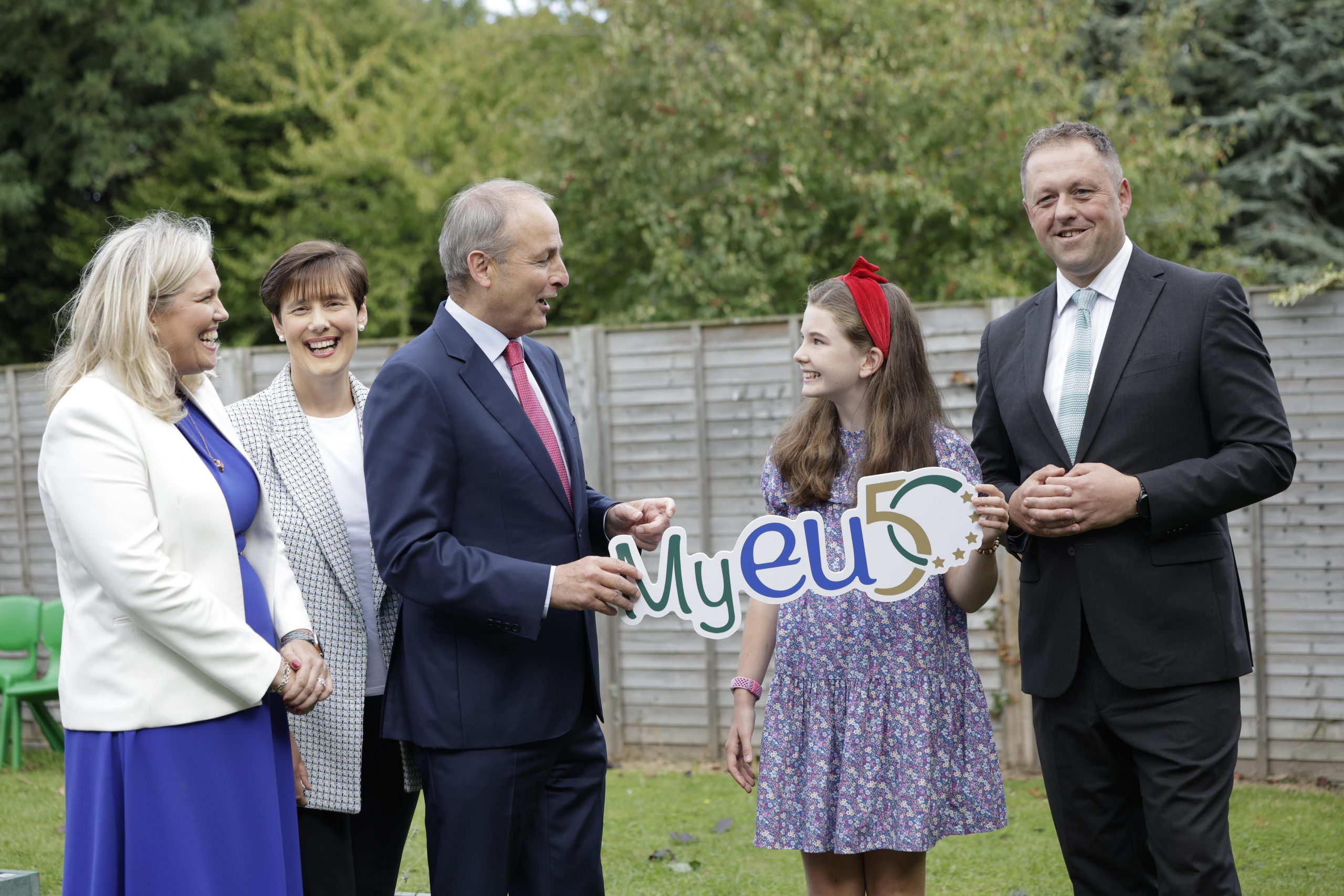 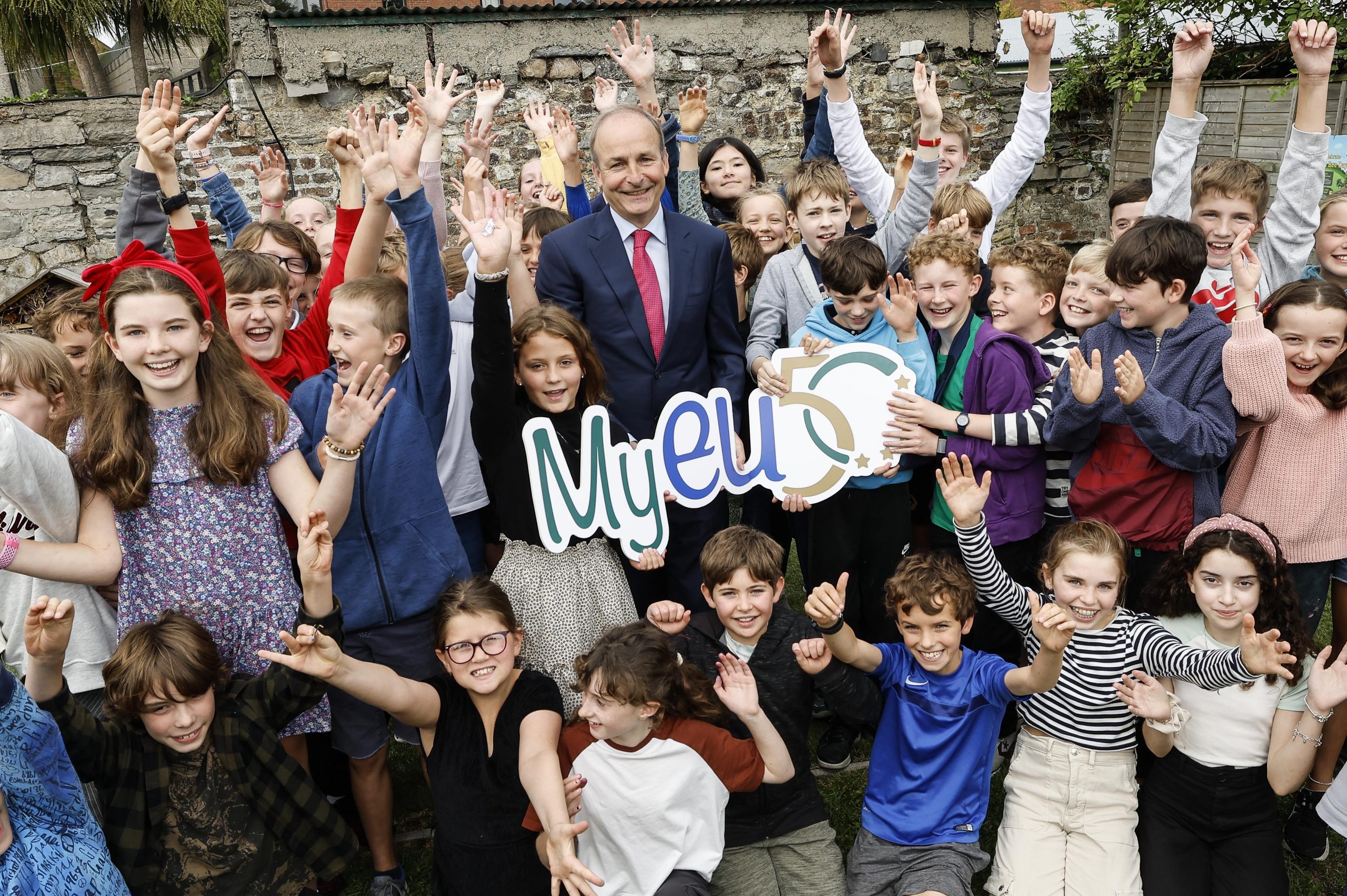