The European Parliament elections will take place across the EU between 23-26 May 2019. In Ireland, we will vote on Friday, 24 May 2019. European Movement Ireland will be there every step of the way.

European Movement Ireland are delighted to invite you to a series of ‘Meet Your MEP Candidates’ Public Meetings in each of the constituencies around Ireland where you will have a chance to meet MEP Candidates from across the political spectrum. At the meetings, each candidate will speak about their own campaign and values, and a Q&A session will follow where you will have the chance to discuss the issues of importance to you with the candidates ahead of the European Parliament Elections in Ireland on 24 May 2019.

Can Vote Will Vote

In May, Europe Votes!

The European Parliament is the only directly elected EU Institution, and what is decided in the Parliament over the next five years will have a direct impact on our lives.

In May 2019, EU citizens will elect 705 members (MEPs) in total to represent them at the European Parliament until 2024, with 13 MEPs coming from Ireland.

Voting in the European Parliament elections gives you a say over the future direction of the EU, and a chance to shape the kind of Europe we live in.

Across the EU, people are committing to taking part in the European elections by signing up to the This Time I’m Voting movement. The initiative, organised by the European Parliament, wants to help people get involved, either by signing up and pledging to vote, attending events, or encouraging others to vote too.

To support this project, European Movement Ireland is travelling across the country to raise awareness amongst the Irish public about the European elections, helping them to register to vote, and showing them where they can find information about the issues they’re voting on.

History of the European Parliament

After the Treaty of Rome, the Common Assembly was shared by all three European communities (which had separate executives) and renamed itself the European Parliamentary Assembly in 1958. The first meeting was held on 19 March 1958 having been set up in Luxembourg. It elected Robert Schuman as its president and on 13 May of that same year it rearranged itself to sit according to political ideology rather than nationality. This is seen as the birth of the modern European Parliament, with the Parliament’s 50 years celebrations being held in March 2008. The three separate European communities merged into what became known as the European Communities in 1967 and the body was renamed the European Parliament. In 1970 the Parliament was granted power over areas of the Community’s budget; this power was expanded to the whole budget in 1975.

1979 saw the first direct elections to the European Parliament, followed by its first session on 11 July 1979 and the election of Simone Veil MEP as its President. Veil was also the first female President of the Parliament since it was formed as the Common Assembly. As an elected body, the Parliament began to draft proposals addressing the functioning of the EU.

From the outset of the Assembly, the political groupings have been rather loose; changes of membership and dynamics have often reflected fluctuating political situations in Europe at the time. In general, there has always been a Christian Democrat grouping drawing support from the more conservative, centre-right parties. This has usually been dominated by the Christian Democratic parties of Germany and the Benelux regions,

often leading to splits with parties from the Mediterranean region and struggles for agreement with more Conservative elements especially from the UK and Nordic regions. This Christian Democrat grouping has always been balanced by a centre-left Social Democratic grouping with strong representation from Germany, the UK and France. 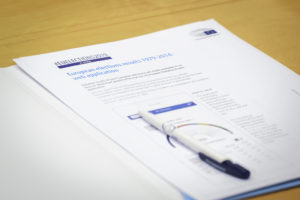 Alongside these two groupings, which have dominated the Parliament for most of its history, there has also traditionally been a liberal grouping, though this has often split due to clashes over monetary policies. There has also regularly been a green grouping, especially as the Parliament has grown, and a far-left grouping. The past fifteen years or so have seen a rise in Eurosceptic and far-right parties, which has occasionally allowed for groupings to be formed reflecting this fact.

What Does The European Parliament Do?

Our MEPs decide with national governments on two key things: laws in some areas, such as the single market, and how the EU budget is spent, such as on agriculture.

MEPs also assess the work of the European Commission and keep track of how EU laws are implemented in EU Member States.

Furthermore, MEPs represent EU citizens on major international issues like climate change, human rights, global trade, economic development, and our place in the world – these are all issues where we need our voices to be heard.

Who Can Vote and How To Register?

All Irish and EU citizens resident in Ireland aged 18 and over are eligible to vote, provided they register before the deadline. You can check the register at www.checktheregister.ie to see if you are registered. If you are not yet registered, you are eligible to apply for the supplementary register up to 14 days before the vote is due to take place. All of the relevant information and forms necessary to register can be found at www.citizensinformation.ie.

Voter Registration: Where we will be?

Show Your Support! This Time I'm Voting!
Go to Top