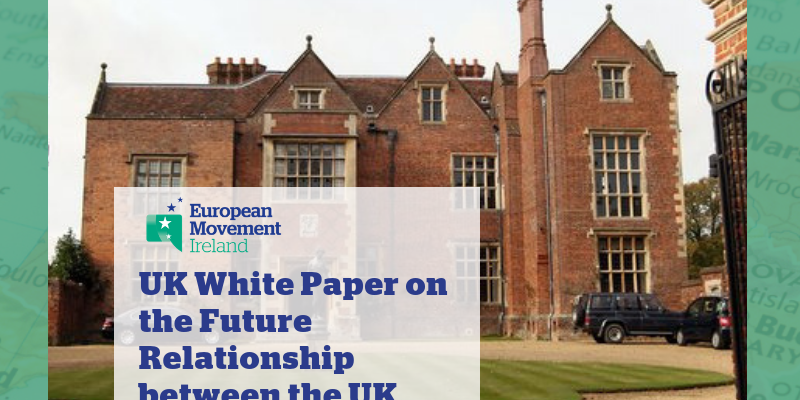 What is the UK White Paper?

What is an association agreement?

What is the UK’s proposed approach to the EU Single Market?

The UK intends to leave the EU Single Market on 29 March 2019. The White Paper proposes the establishment of a new free trade area for goods (but not services) to ensure that “frictionless access at the border to each other’s markets for goods” is maintained even after the UK leaves the EU. This would mean there would be no tariffs or quotas placed on goods being traded between the EU and the UK. The UK government has also proposed a “common rulebook” for the EU and the UK on goods, and committed to signing a treaty that would ensure that, where necessary, UK goods meet EU standards to avoid the need for checks at borders.

What is the proposed customs model?

In the White Paper, the UK government states that it will leave the EU Customs Union on 29 March 2019, and proposes that a new Facilitated Customs Arrangement (FCA) be established between the EU and the UK as a third country. Under this FCA, the UK would adopt the EU’s customs rules at the external border, which the White Paper claims would “remove the need for customs processes between the UK and the EU”. The proposal references a dual tariff scheme, whereby firms would pay either the EU or the UK tariff at the border (the UK would collect the tariffs on behalf of the EU), depending on which market their goods are destined for. If it is uncertain whether the goods are going to the UK market or the EU market, firms must pay the higher tariff but could possibly claim repayments from the UK government at a later stage.

It is unclear as to whether the EU would accept custom duties being collected on its behalf. A statement on the White Paper released by the European Parliament’s Brexit Steering Group says that the future EU-UK relationship should include “no space for outsourcing EU’s customs competences”.

The White Paper claims that the proposed economic partnership between the EU and the UK would honour the 1998 Good Friday Agreement and ensure that “the ‘backstop’ solution as part of the Withdrawal Agreement will not have to be used”.

The EU’s Chief Brexit Negotiator, Michel Barnier, stated in a tweet: “We will now analyse the Brexit White Paper with Member States and the European Parliament, in light of European Council guidelines”.

Negotiations on the UK’s withdrawal between the EU and UK are continuing this week with Mr Barnier due to meet the new UK Secretary of State for Exiting the EU, Mr Dominic Raab MP, on Thursday, 19 July. EU27 Ministers will also discuss the White Paper at the General Affairs Council next Friday, 20 July.