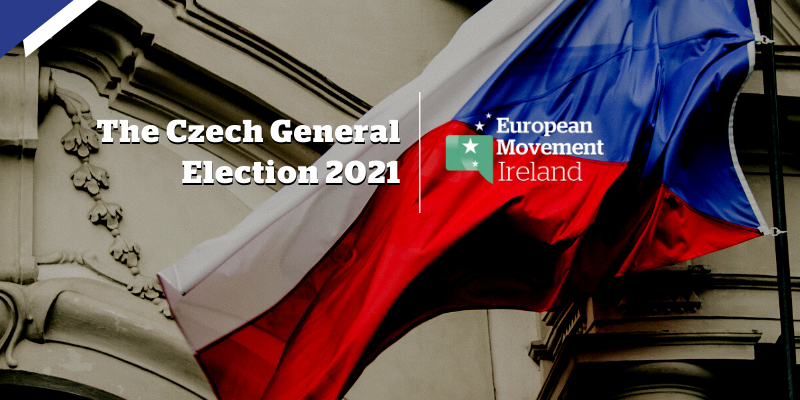 Parliamentary elections in Czechia were held on Friday 8 and Saturday 9 October. This was the country’s tenth democratic election for the Chamber of Deputies since 1989 and the eighth since becoming an independent state after the dissolution of Czechoslovakia in 1993.

The 2021 election produced a major shift, as the ANO party led by Prime Minister, Andrej Babis, suffered a defeat in the popular vote to the three-party coalition, SPOLU. However, given the small margin in final results and the nature of the Czech political system, all options still seem open in government formation negotiations.

As a parliamentary, constitutional republic, Czechia elects 200 members to the Chamber of Deputies by a proportional representation system. Members are elected to the Chamber from 14 electoral districts in elections are held every four years.

Each party must win at least 5% of the vote to take seats in the Chamber. However, the Constitutional Court ruling in March 2021 “annulled a clause requiring each member of a coalition – whether a party, so-called movement or other political entity – to garner 5% of the vote.” Therefore, while a single party standing in an election must reach 5% in order to enter the parliament, a party that is part of a coalition of two or three parties does not.

The Czech legislature consists of a bicameral Parliament. The Chamber of Deputies represents the lower-house of Parliament, while the Senate, as the upper-house, elects 81 members for six-year terms.

The March 2021 Constitutional Court ruling also “annulled aspects of electoral law favouring bigger political parties, including the distribution of seats and thresholds of voter support coalitions must achieve to enter Parliament.” The Court ruled against the use of the previous D’Hondt method for allocating seats. This system allegedly gave an unfair advantage to larger parties, distorting the proportionality of the vote and according to the Court, violating the constitution.

The new electoral system maintains the 14 original electoral districts and involves a two-stage allocation process, using both the Imperiali and Hagenbach-Bischoff quotas.

The Czech President is the head of state, while the prime minister forms the head of government, however, the president nominates the party who will lead government coalition formations after a general election.

The current President since 2013 is Miloš Zeman, who was previously prime minister from 1998 – 2002 as the leader of the Czech Social Democratic Party (ČSSD). The current Prime Minister, Andrej Babiš, is the founder and leader of the ANO 2011 party and has led the party since 2011.

The centre-right ANO 2011 emerged as the largest party in the 2017 legislative election and formed a minority government with independent ministers. After losing a vote of no-confidence in January 2018, the party then formed a coalition government with the ČSSD, while also supported by the smaller Communist Party of Bohemia and Moravia (KSČM). The centre-right Civic Democratic Party (ODS) emerged as the second largest grouping, narrowly ahead of the Czech Pirate Party.

During the 2021 election campaign, the government’s response to Covid-19 was criticised and the government also faced criticism for a rise in the budget deficit. Also, allegations of conflicts of interest came to the fore during the election campaign relating to Prime Minister Andrej Babiš. Further, a European Commission audit in April 2021 found that Prime Minister Babiš had breached EU conflict-of-interest rules.

Pre-election polls placed the ruling ANO 2011 party in first place with 27%, followed by the new centre-right SPOLU alliance at 24%, which formed in December 2020 to include ODS, Christian and Democratic Union – Czechoslovak People’s Party (KDU-ČSL), and the liberal TOP 09 (‘Tradition Responsibility Prosperity’). Also at 24% was the Pirates and Mayors (PirStan) coalition of the liberal Czech Pirate Party and Mayors and Independents (STAN), which too was formed in December 2020.

In June 2021, the Czech government submitted to the European Commission its official recovery and resilience plan to the European Commission setting out the reforms and public investment projects that are planned to be implemented with the support of the Recovery and Resilience Facility (RRF). An instrument worth €672.5 billion at the core of NextGenerationEU, the RRF will support post-pandemic investments and reforms in Member States.

The Czech plan was approved by the European Commission in July and by Member States in September. Czechia will receive some €7.1 billion in grants under the RRF, that will be directed towards six spending pillars: digital transformation, green transformation and physical infrastructure, education and the labour market, R&D and innovation, public administration, and health.

After a turnout of 65.43%, an increase of 4.6% compared to 2017, the 2021 election results have drawn many interesting conclusions. SPOLU won 27.8% of the popular vote, ahead of the ruling ANO 2011 with 27.1%. Yet, given the nature of the Czech political system of proportional representation, ANO 2011 collected 72 of the seats available in the Chamber of Deputies to the SPOLU’s 71.

The Pirates and Mayors alliance saw their share increase from 28 seats to 37, while the SPD dropped slightly from 22 to 20. Both the ČSSD and KSČM failed to enter the parliament for the first time since the dissolution of Czechoslovakia in 1993.

However, coalition talks are currently delayed due to President Zeman’s hospitalisation, his illness having delayed the initial steps in post-election talks to form a new government.

As reported, “the president’s first official steps, accepting the resignation of the old cabinet and the appointment of the new prime minister, must be carried out only after the new lower house meets and elects a speaker, which is due within a month of the election.”

“If the parliament were to declare the president incapacitated or if the presidential position was vacant, powers related to the government formation would pass to the speaker of the new lower house.”

It remains to be seen, due to President Zeman’s current health condition, how government formation will progress over the coming weeks.