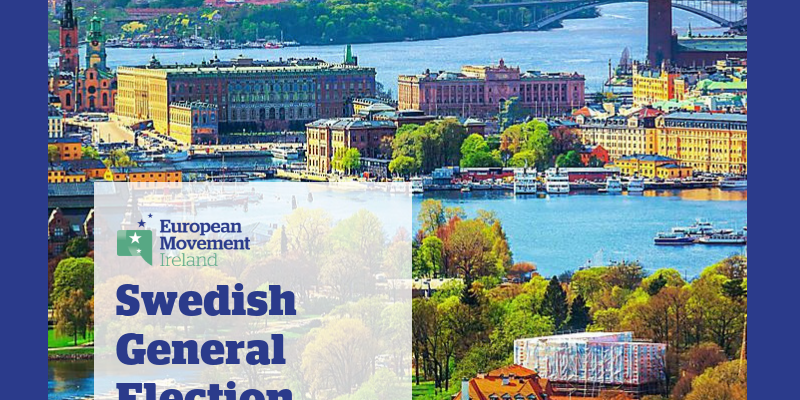 The Swedish electorate went to the polls on Sunday, 9 September to elect a new Parliament. Sweden traditionally has a high voter turnout, and this year was no different at 84.4 per cent. Preliminary results show that the electorate has returned a hung Parliament, with no outright winner. Official results will be published on Friday, 14 September, with negotiations to form a government to follow.

In Sweden, the Parliament, known as the ‘Riksdag’, is unicameral (a single legislative house) and is made up of 349 seats. Parliamentary elections are held on the second Sunday in September every four years, under a proportional representational system where seats are distributed amongst political parties in accordance with the number of votes they receive in the election. However, political parties must reach a minimum threshold of four per cent of the national vote (or 12 per cent of votes in a single constituency) to gain seats in Parliament, which can prevent very small parties from taking a place in the Riksdag.

Under the Swedish system, political parties do not need to have a majority to obtain a mandate for government. A ‘Speaker’, elected by fellow Members of Parliament (MPs), holds discussions with political party leaders to decide who has the highest chance of forming a successful government. Following these discussions, the Speaker makes a proposal to the Parliament for a new Prime Minister. MPs then take a vote on the Speaker’s proposal. Provided half of the MPs do not vote against the proposal, the proposed Prime Minister will have a mandate to form a government, a system known as negative parliamentarism. Minority governments are common; the last two governments in Sweden have been minority governments. The Speaker may make up to four proposals over the course of three months to the Parliament for the role of Prime Minister, however the Swedish parliament has always accepted the Speaker’s first proposal.

The election campaign was dominated by debates on immigration and the Swedish welfare system.

Provisional results indicate that voter turnout for Sunday’s election reached 84.4 per cent. The centre-left Social Democrats party, led by incumbent Prime Minister Stefan Löfven, received the highest amount of votes, as has been the case in every election since 1917. However, with 28.4 per cent of the vote share, this is its lowest result since 1908.

The centre-right Moderate Party, led by Mr Ulf Kristersson, received 19.8 per cent of the vote share which represents a decline of 3.5 per cent from the last general election in 2014.

The far-right Sweden Democrats party which campaigned on an anti-immigration platform received 17.6 per cent of the vote, its highest vote share in any election thus far. They are set to win 62 seats.

The centre-left grouping of the Social Democrats, the Green Party and the Left Party are set to receive a combined 40.6 per cent of the vote share which would amount to 144 seats. The centre-right ‘Alliance’ of the Moderate Party, the Centre Party, the Christian Democrats, and the Liberals are expected to receive 40.3 per cent of the vote share, amounting to 143 seats.

Reaction and Next Steps

As no party won an outright majority, negotiations between the eight parties who reached the minimum four per cent threshold will take place to try and form a coalition government. These discussions are likely to be difficult with only a one-seat difference forecast between the centre-left bloc and the centre-right Alliance. Most political parties, including the Social Democrats and the Moderate Party, stated prior to the election that they would be unwilling to go into a coalition government with the Sweden Democrats.

Prime Minister Löfven has stated his intention to remain in the position of Prime Minister until coalition talks are underway and said: “The voters have made their choice, now it’s up to all of us decent parties to wait for the final result and then negotiate and cooperate to move Sweden forward in a responsible way.”  Mr Kristersson (Moderate Party leader and Prime Ministerial candidate for the centre-right Alliance) called on Prime Minister Löfven to resign, he also confirmed that The Alliance would not govern or discuss how to form a government with the Sweden Democrats.

The Swedish Parliament will reconvene on 24 September to elect a Speaker, who will be responsible for leading the coalition negotiations and nominating a new Prime Minister.