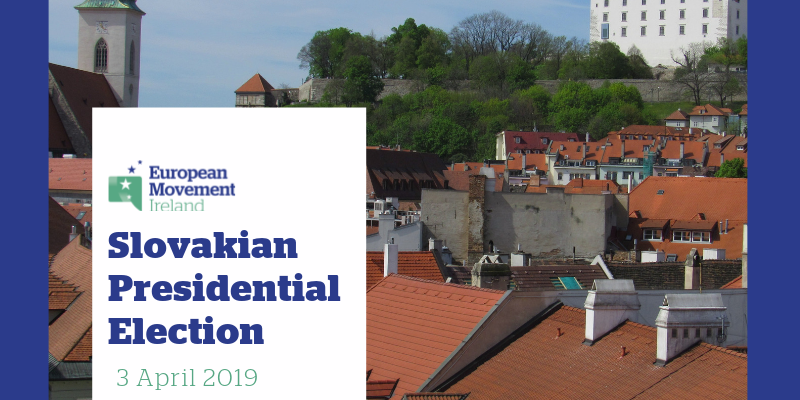 The Slovakian electorate went to the polls over two rounds in March to elect Slovakia’s 5th President since gaining independence in 1993. On Saturday, 30 March Zuzana Čaputová became the country’s first ever female president.

Slovakia is a parliamentary republic with a prime minister, who holds most executive powers, and a president, who is the formal head of the executive, but with limited powers.  The president is elected by an absolute majority vote through a two round system. If no one candidate receives 50 per cent of the vote in the first round, the top two candidates go head to head in a second round.

In this case, an anti-corruption lawyer, Zuzana Čaputová, and a former EU Commissioner, Maroš Šefčovič, came in first and second place, respectively, in the first round on 16 March. They subsequentially proceeded to contest the presidency in the second round on 30 March. Presidents of Slovakia are limited to two 5 year terms in office. The current president of Slovakia, Andrej Kiska, did not seek re-election.

There were 15 presidential candidates in total, however two candidates were rejected by the Slovak National Council as they failed to meet the official requirements necessary for a presidential bid. All candidates must meet the legislative criteria of 15 signatures from Members of Parliament or a total of 15,000 signatures from eligible voters.  Out of the 13 presidential nominees, the two final run-off candidates – Čaputová, a liberal with little political experience, and Šefčovič, backed by the ruling Smer party – also led the polls in the lead up to the first round.

The issue of corruption has been greatly debated throughout this election. Transparency International ranked  Slovakia as one of the most corrupt member states of the EU in its latest report. Although the President does not wield much executive power, they have the power to veto appointments of senior prosecutors and judges which could be considered pivotal in the fight against corruption. The president also acts as the commander-in-chief of the armed forces.

Smer, Slovakia’s current ruling party and its leader, Slovakia’s former prime minister Robert Fico, have both been tarnished with corruption claims. Robert Fico resigned last year following the murder of a young investigative journalist, Ján Kuciak and his fiancée, Martina Kušnírová, last February. Kuciak had been investigating the alleged ties between government officials and organised crime. Thousands of people took to the streets across Slovakia in anti-government protests following the murder.

Voter turn-out for the first round stood at 48,7 per cent. Zuzana Čaputová secured the highest number of votes winning 40,57 per cent, more than double that of Maroš Šefčovič who came in second securing 18,66 per cent.

On Saturday, 30 March Zuzana Čaputová became Slovakia’s first female president winning 58.4 per cent of the vote. She will take up office in June. Voter turn-out was quite low in the second round with just over 40 per cent of eligible voters taking to the polls.

Zuzana Čaputová who has little political experience, first became known across Slovakia after leading a successful fight against the expansion of a toxic landfill site in her hometown of Pezinok, 20km northeast of Bratislava. After a 14 year long battle, the toxic landfill site was ordered to close by a European Court of Justice ruling. In 2016 she was recognised for her efforts by winning the international environmental Goldman prize.

In 2017 she joined the newly founded self-described movement, Progressive Slovakia. Despite not shying away from controversial topics such as LGBTQ rights, she led the polls in the lead up to the first round and won the race comfortably. Runner up, Maroš Šefčovič, secured 41.98 per cent of votes in the second round.

It could be argued that the electorate’s support for Čaputová reflects Slovakia’s frustration with Smer. Despite low unemployment and solid economic growth in Slovakia, the popularity of the ruling party has been plummeting in recent years. Additionally, being surrounded by countries who have experienced a rise of extremism and populism in recent years such as Hungary and Poland, has led to the rise of fears that Slovakia might follow suit.

Čaputová’s win demonstrates the will of Slovakians to fight corruption and lead the country on the right track towards liberal democracy. Donald Tusk, president of the European Council congratulated Čaputová on her impressive win on Monday morning, “I am particularly pleased to see such a strong vote, at the heart of Europe, in favour of decency in politics, of rule of law and tolerance. Your unequivocal support for the country’s European and Euro-Atlantic paths is a welcome sign that the values they represent can prevail over the cynicism of power politics and the false promises of populism”.