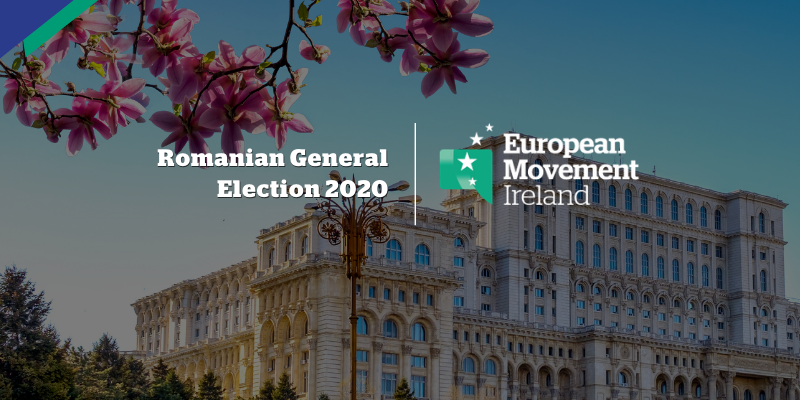 On 6 December 2020 Romania went to the polls hoping that this election would bring stability after enduring four prime ministers in the past four years. The economy and public health have been the main talking points in the campaigns, with leading parties promising to improve the economy and increase health spending.

Romania has a bicameral system, with both the Chamber of Deputies (Camera Deputaţilor), and the Senate (Senatul), being elected every four years. In a general election, Romanians elect all 330 members to the Chamber and all 136 members in the Senate. A minimum of 165 seats in the Chamber and 69 in the Senate are required to form a majority and parties must receive a minimum of 5% of the total vote to be eligible to enter parliament.

Story of the last election: A return to power

The 2012 election saw the major parties of the Social Democratic Party (PSD) and the National Liberal Party (PNL), along with the Centre Right Alliance and the Conservative Party, run on a joint ticket as the Social Liberal Union. While it won 395 seats, the government was dissolved in February 2014 and was later replaced by the independent “technocratic” cabinet of Dacian Cioloș, a former European Commissioner.

In the 2016 election, these parties returned to running on separate tickets. While the PSD won the election with 154 deputies and 67 senators, it fell short of a majority, but was able to form a coalition with the Alliance of Liberals and Democrats (now part of PRO Romania Social Liberal, which was established in 2018), who had won a total 29 seats. Sorin Grindeanu was appointed as Prime Minister, taking the role on the 4 January 2017.

Since the last election there has been a great deal of instability in Romanian politics, with four Romanian prime ministers in the past four years. Only days after the new government was sworn in, protests broke out as Prime Minister Grindeanu passed an emergency ordinance on 31 January, “that decriminalises some offences, including official misconduct in cases where the financial damage is less than 200,000 lei” (€41,000). “Critics of the ordinance […] say it could reverse an anti-corruption fight in Romania that has drawn widespread praise internationally.” He was removed from office after a motion of no confidence by his own party in June, only six months after taking office.

Mihai Tudose was appointed as the new Prime Minister on 29 June, but was forced to resign on 15 January 2018, due to an unresolved dispute between him and his party’s then-leader Liviu Dragnea. Tudose was replaced by Viorica Dăncilă, who became the first woman to hold the position of prime minister of Romania.

However, the protests continued for another year until Dragnea was sent to prison in May 2019 and Dăncilă resigned after losing a no-confidence vote in October. Ludovic Orban, of the PNL was then appointed as the new Prime Minister on 4 November 2019. He formed a minority government supported by the USR and PMP.

Local elections in September 2020, saw the ruling PNL win the greatest share of votes at 43%, compared to the PSD with 38%, which saw their support almost halve since the 2016 election, where they had 55% of mayoral seats but now only 30%.

Results and Reactions: A Surprise Winner

The December 2020 election saw the lowest turnout in Romanian history at just 33%, which was attributed to the Covid-19 pandemic and a general dissatisfaction with the political system. The PSD emerged as the surprise winners taking 30% of the vote, capitalising on a poor showing for the PNL, who were predicted to win easily but came in second with 25% of votes. Their loss of support was largely attributed to a poor handling of the pandemic. This result saw the incumbent PNL Prime Minister Orban resign.

The USR-PLUS came in third with 15% of votes and a surprising fourth for the far-right Alliance for the Unity of Romanians, who will enter parliament for the first time in their history. The only other party to meet the 5% threshold was the UDMR with 6%.

While the PSD won the largest number of votes, they are likely to remain in opposition as the other leading parties are allied to the PNL, who said “we will never negotiate with the PSD, we will not let the PSD harm Romania.” It is probable that the PNL will form a new coalition with the smaller parties such as the USR-PLUS and UDMR.

For Romanians, the hope that this election would bring stability now seems unlikely to materialise as the government will likely be composed of three or more parties with the largest party, the PSD, leading a strong opposition.

Breakdown of Romanian Parties after 2020 election: