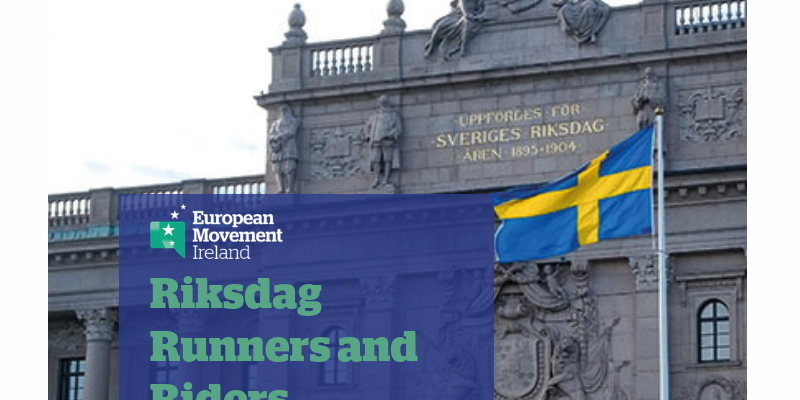 The Swedish electorate will go to the polls on Sunday, 9 September to elect a new Parliament, or ‘Riksdag’. The Swedish system is unicameral, meaning there is one legislative house which is made up of 349 representatives elected through a proportional representational system. Much attention in the lead up to the election has focused on the growth in support for the anti-immigration Sweden Democrats party, who led some early pre-election polls, mirroring trends of a growth of support for parties campaigning on an anti-immigration platform seen in the recent Italian and Hungarian elections. However, over the last few months support for the Sweden Democrats has dipped slightly in the polls and recent pre-election polls indicate that this election is likely to be a tight race with no outright winner.

The issue of migration has featured prominently throughout the election campaign, in a similar fashion to the Italian election in March and the Hungarian election in April, when anti-immigration rhetoric was employed by parties such as the Italian League and Hungary’s Fidesz, both of whom were successful in their bid for government. In Sweden, the far-right Sweden Democrats party has criticised the current government’s immigration policies, claiming that high immigration levels have led to a rise in violent crime and put the country’s welfare system under stress. Sweden Democrats leader, Jimmie Åkesson, who has led the party since 2005, stated during the campaign that: “This election is a referendum on welfare or whether we have continued asylum immigration. I choose welfare.”

In 2015 (the height of the migration and refugee crisis in Europe), 163,000 people sought asylum in Sweden, the highest per capita of any EU Member State. However, like many EU Member States, immigration levels have since declined in Sweden. A Eurobarometer survey published in April 2018 demonstrated that only 19 per cent of the Swedish population believes that immigration from outside the EU is more of a problem than an opportunity, compared with the 38 per cent combined average of the 28 EU Member States.

Who are the main contenders?

The centre-left Social Democrats is the larger party of Sweden’s current minority government, with the Green Party as its junior coalition partner. Formed in 1889, the Social Democrats is the oldest existing party represented in the Riksdag, and the party has historically dominated Swedish politics. It has been the largest single party in every election since 1917, however at the last election in 2014 it registered its second-worst result in a century receiving 31 per cent of the vote. The party is led by Swedish Prime Minister, Stefan Löfven, a former welder and trade unionist. Pre-election polls predict that the Social Democrats will come out on top after Sweden votes on Sunday, with approximately 25 percent of the vote. The polls indicate that combined the Social Democrats, the Green Party, and the Left Party are projected to win approximately 41 per cent of the vote. It is expected that these parties will form a centre-left alliance.

The polls indicate a tight race and the rest of Europe will surely be watching Sweden with great interest this weekend, whatever the outcome may be. Make sure to look out for our ‘Just the Facts’ piece next week to find out more.