President of the Eurogroup 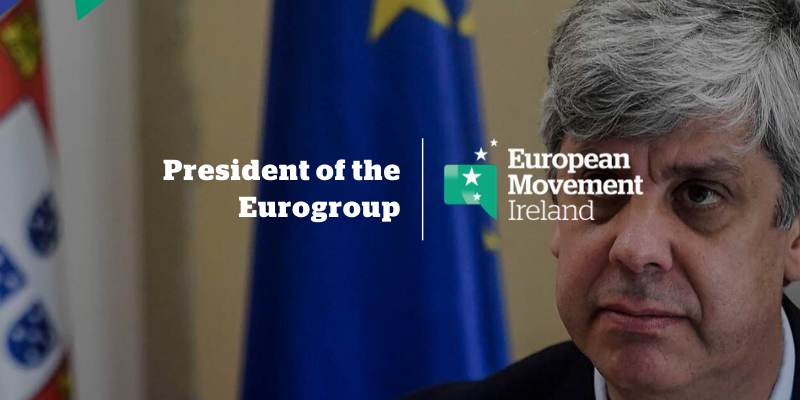 With Portuguese Minister of Finance Mário Centeno announcing in June 2020 that he will not seek a second terms as president of the Eurogroup, the 19 finance ministers of the EU’s single currency began searching for his replacement. What does the role of President of the Eurogroup involve and who are the three candidates vying for the position? This Just the Facts examines the role and the current nominees ahead of the vote at the Eurogroup meeting on Thursday 9 July.

What is the President of the Eurogroup?

Initially, the Eurogroup was an informal sitting of finance ministers of the euro, that first met in June 1998. With the passing of the Treaty of Lisbon in 2009, the Treaty on the Functioning of the EU laid out in Protocol 14 a legal footing for the Eurogroup. It stated that it was “to promote conditions for stronger economic growth in the European Union and, to that end, to develop ever-closer coordination of economic policies within the euro area”. It also outlines that a president is elected for a two-and-a-half-year term by a simple majority of euro finance ministers.

The ability to be a consensus builder and find compromise is key to the post for a group that involves 19 Eurozone countries, in light of the challenges facing the EU at present. By the time the term of the next Eurogroup president ends in 2023, it will have to have handled the completion of the banking union, a proposal for the European Unemployment Reinsurance Scheme and a review of the EU’s fiscal rules. This does not include the socio-economic fallout of the Covid-19 crisis and the new EU budget. Who are the candidates vying for the role that steers the Eurozone through such challenging waters?

Three in the race: Calviño, Donohoe and Gramegna 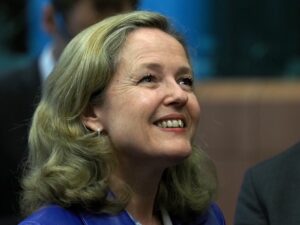 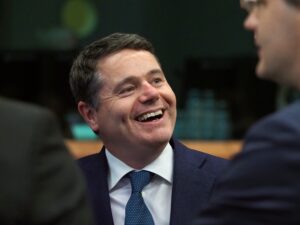 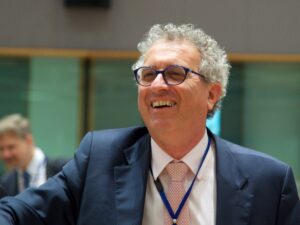 Born in the busy port city of A Coruña, in Spain’s northwest municipality of Galicia in 1968, Nadia Calviño is one of three candidates in the running to be the next Eurogroup president. She holds degree in economics from the Complutense University of Madrid (1991) and a law degree from the National University of Distance Education (2001). In addition to Spanish, she speaks English, French and German.

From the 1994 – 2006 she worked at the Spain’s Ministry of Economy, before working in several roles within the European Commission Directorate-Generals (DG) until 2018. These include Deputy Director-General at DG Competition, DG Internal Market and DG Financial Stability and Capital Markets Union.

Having little previous political experience, under Prime Minister Pedro Sánchez, she was appointed first as the Minister for Economy and Business (2018 – 2020), then as the Minister for Economic Affairs and Digital Transformation, when she also become Deputy Prime Minister earlier in 2020. Described as a technocrat, moderate and politically neutral, Calviño has said she hoped to continue to work towards “a strong and prosperous eurozone for the benefit of the citizens of Europe.”

Born in Dublin in 1974, Irish finance minister Paschal Donohoe is the second candidate in this race, who holds as degree from Trinity College Dublin in politics and economics (1996). He was elected to Dublin City Council in 2004 for Cabra-Glasnevin, then to the Administrative Panel in Seanad Éireann in 2007, before being elected as a TD in Dublin Central from 2011.

It is thought that he has “wide support as a potential compromise candidate among Eurogroup members, as Ireland is viewed as a middle-ground country that straddles Europe’s north-south divisions on economic matters.” In a press statement he outlines that if elected he would “work to chart a common way forward on building the European recovery, strengthening the Eurozone economy, and promoting sustainable and inclusive growth for Member States and their citizens.”

Born in 1958 in Luxembourg’s ‘second city’ of Esch-sur-Alzette in the South-West of the country, Pierre Gramegna is the final candidate. He had previously stood in the Eurogroup president race in 2017 to replace Jeroen Dijsselbloem, but lost in the second round to Mário Centeno. Gramegna has a degree in law from the University of Paris II Panthéon-Assas (1981) and economics (1982), and also has a master’s in EU law. He is fluent in English, French, German, Italian, and Luxembourgish.

As a career diplomat, Gramegna joined the Ministry of Foreign Affairs in 1983 where he has held numerous diplomatic postings such as in Paris (1988 – 1992), San Francisco (1992 – 1996), Ambassador to Japan and South Korea (1996 – 2002) before returning to Luxembourg. He then held the position of Director General of the Luxembourg Chamber of Commerce (2003 – 2013) before being appointed as Minister for Finances by Bettel-Schneider in 2013.

In announcing his candidacy he has said that “today’s momentous challenges require consensus and compromise between all eurozone members – small or large, North to South and East to West.” His message strikes as a consensus builder at a time of deep divisions in the EU over the financial package proposed to deal with the economic fall-out of the Covid-19 crisis.

The vote will take place during a video conference Eurogroup meeting on Thursday 9 July that will begin at 16.00 Irish time.