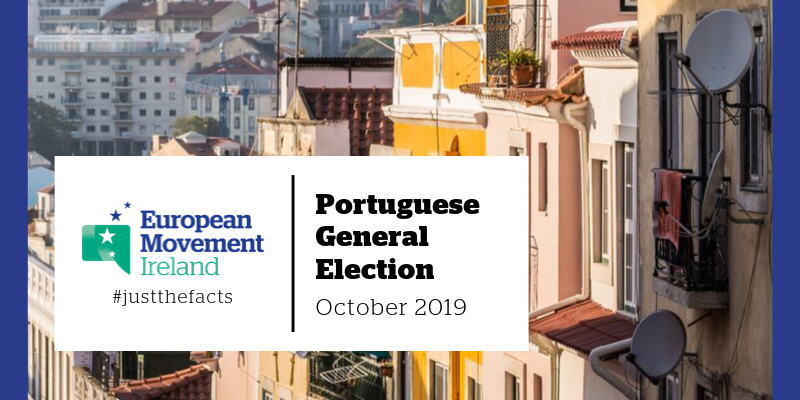 Portugal is one of the few countries in Europe yet to see the rise of an electorally significant far-right populist movement. The recent European Parliament elections confirmed this with the ruling Socialist Party (PS) winning 33% of the vote, the first time in 20 years a governing party had topped a European poll. Prime Minister Antonio Costa’s party was expected to have similar success when the country once again went to the polls on 6 October 2019.

Indeed, much of the debate prior to the election centred not on whether Costa would win, but whether he would win an outright majority or need to continue his geringonça (“rickety contraption”) agreement with far-left parties, as it is known in Portugal. This agreement is with the Left Bloc (BE) and the Unitary Democratic Coalition (CDU, also known as the PCP-PEV). In the 230-seat Assembly of the Republic, elected roughly every four years, the PS led a minority government of 86 seats, supported by the BE with 19 and the CDU with 17.

Portugal received a €78 billion bailout from the IMF in 2011 and underwent several years of austerity under the ruling coalition of the Social Democratic Party (PSD) and the CDS-People’s Party. In elections largely seen as a reaction to these austerity measures, Costa promised ‘another way’ and became Prime Minister on 26 November 2015. Since then he has been viewed as a steady hand on Portugal’s reviving economy, with the unemployment rate falling from 17.5% in 2013 to below 6.7% this year.

Representatives of Costa’s ruling PS sit with the S&D Party in the European Parliament. The other members of the coalition, the Left Bloc and the Unitary Democratic Coalition sit with the GUE/NGL group. Irish MEPs in this group include Sinn Féin’s Matt Carthy and Clare Daly of Independents 4 Change . The centre-right opposition parties, the PSD and CDS-PP sit in the EPP alongside Fine Gael MEPs such as Seán Kelly and Mairead McGuinness.

The national election campaign was largely free of the divisions that other European countries have witnessed. A final televised face-off between Costa and PSD leader Rui Rio focused primarily on technical points of tax policy and healthcare spending and both leaders agreed to make tackling climate change a cross-party priority.

It was reported that the lack of contention with the main opposition parties was accredited to Costa’s shift from an anti-austerity campaigner to a proponent of sound financial management. His main opponents in the campaign were in fact the left-wing parties that had previously supported his government. Costa often referenced Pedro Sánchez’s failure to form a government in Spain, arguing that a strong junior partner and weak PS would make the country ungovernable.

However, despite the relative calm, with two weeks to go to the election and the polls predicting a Socialist majority, the government was caught up in a political scandal. This centred on the alleged involvement of Costa’s former defence minister in a suspected cover-up of a weapons theft at a military base in 2017.

With 4 seats reserved for the votes of the Portuguese diaspora still to be filled at time of writing, the election recorded a clear win for the Socialists. As was widely predicted, Costa’s government increased its vote share from the 2015 election to 36.7%, equivalent to an extra 20 seats, giving it 106 seats in the Assembly. This leaves Costa 10 short of the 116 needed for an absolute majority. The centre-right opposition parties the PSD and CDS-PP lost 12 and 13 seats respectively, with the latter experiencing its worst result since 1991, prompting the resignation of leader Assunção Cristas.

Having already ruled out a formal coalition, Costa has suggested that he will seek to renew his governing pact with one or both of the former geringonça partners. These both saw a slight fall in their vote percentage, with the CDU losing 5 seats, while the Left Bloc held on to its 19. Costa has also intimated that he may talk to the new environmentalist People-Animals-Nature (PAN) party which won 4 seats. For their part, the BE and CDU have indicated they are willing to continue working with the PS but are demanding a more left-leaning government programme focusing on wage increases, greater public spending and enhanced labour rights.

Overall turnout was roughly 54.5%, the lowest in a general election since Portugal returned to democracy after Salazar’s right-wing dictatorship was toppled in 1974. Despite the arrival in the Assembly of the far-right Enough party, which won one seat, Portugal has successfully followed in the footsteps of Denmark, Spain, Finland and Sweden in bucking the trend of the decline of the centre-left.