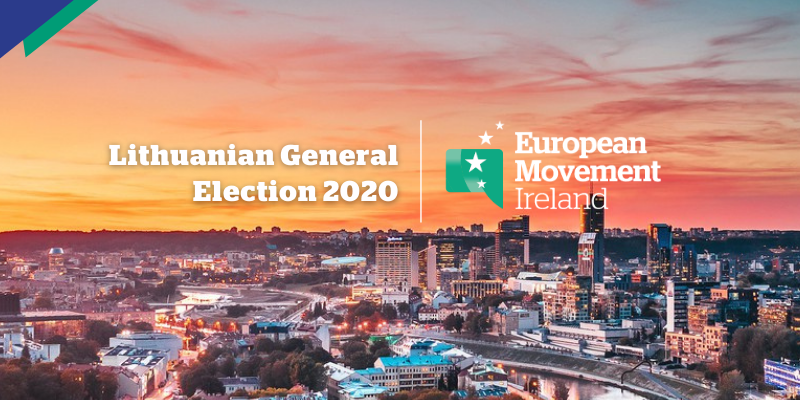 On 11 October and 25 October Lithuania went to the polls for what is only their eighth general election since their independence was restored from the USSR in 1990, becoming the first Soviet republic to declare independence.

Lithuania is a unitary semi-presidential republic, where a president exists alongside a prime minister. A government is elected for a period of four years and a minimum of 71 seats is required to form a majority government.

In a general election, Lithuanians elect 141 members to their parliament, the Seimas. Lithuania has a mixed electoral system, with 71 members elected in single-member constituencies in a two-round system and the remaining 70 are elected in a single nationwide constituency using proportional representation.

As a result of this fragmented system, coalition governments are common in Lithuania. Parties must receive a minimum of 5% of the total vote to be eligible to take any seats or 7% if parties run as part of pre-election alliances.

Story of the last election: A shock result

The 2016 election saw a surprise victory for the centre to centre-right Lithuanian Farmers and Greens Union (LVŽS-G) winning 54 seats, a gain of 53 seats from the 2012 election. Their rise was attributed to left-wing voters dissatisfaction with the former government due to a low level of wages and high emigration. There was also an overall unhappiness with established parties. Saulius Skvernelis, who ran as an independent but also led the electoral list of LVŽS-G, was appointed as Prime Minister.

The LVŽS-G initially formed a coalition with the centre-left Social Democratic Party of Lithuania (LSDP) who won 17 seats. The LSDP and Labour Party (DP, Renew in the EP) suffered the biggest losses, losing 49 seats from the previous election. The opposition was led by the Homeland Union – Lithuanian Christian Democrats (TS-LKD, EPP in the EP) who won the largest percentage of the vote (22.63%), but only 31 seats.

Since 2016, the Skvernelis Cabinet has been extremely fractured. The LSDP left the coalition in 2017 which led to the formation of the Social Democratic Labour Party of Lithuania (LSDDP), largely made up of former LSDP and DP members. The LVŽS-G and LSDDP then formed a minority government together. However, as they lacked support in the Seimas, they passed a cooperation agreement with the right-wing party Freedom and Justice (LT) in 2018.

In July 2019, the centre-right Electoral Action of Poles in Lithuania – Christian Families Alliance (LLRA-KŠS) joined the coalition. This lasted two months before LT removed itself, leaving a minority government comprised of LVŽS-G, LSDDP and LLRA-KŠS, which lasted up until the 2020 election.

In 2019, a referendum was held to reduce the number of members in the Seimas from 141 to 121. The referendum was proposed by the LVŽS-G and although 76% voted in favour it was not passed as the turnout was below the threshold of 50% (47.8%).

During the campaign for the election, the main talking points centred around plans to change taxes. The majority of parties wanting to reduce taxes, with a wide range of different methods, and others wanting to increase tax, particularly for high-income earners. Reducing regulation and introducing pro-business policies was a common aim across all parties.

Results and Reactions: A swing to the opposition

After two rounds of elections, with a turnout of 47.8% and 38.96% respectively, the lowest first round turnout since 2004, TS-LKD took victory. The final result saw a virtual switching of positions between the top two parties from the previous election, as was predicted in the polls.

Although it was a large victory for the TS-LKD, who won 50 seats, they will now have to enter into negotiations to form a new coalition. It is expected that they will try to form a new government with the centre-right Liberal Movement which won 13 seats and the newly formed centre-party Freedom Party with 11 seats, all three are led by women.

Elsewhere, outgoing Prime Minister Skvernelis lost his constituency seat but will return to parliament as one of his party’s list seats. The left-wing parties lost a large number of seats, with LVŽS-G losing 22 and the LSDP four. Labour were the only ones to gain, winning an additional eight seats.

From an international viewpoint, all the major parties have broadly similar pro-EU stances with little expected to change in that regard. There is also a near universal agreement of support for Belarus’s opposition, with Vilnius expected to push the EU to provide further support to the cause.