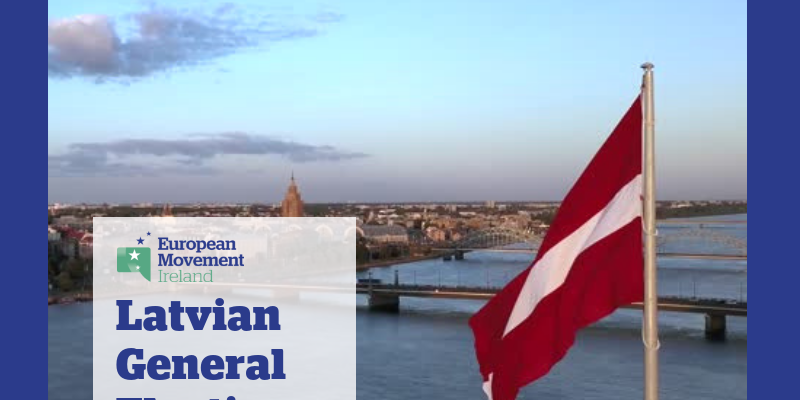 The Latvian electorate went to the polls on Saturday, 6 October to elect a new Parliament, known as the ‘Saeima’. Seven political parties secured enough votes to take seats in Parliament, with the Social Democratic Party, ‘Harmony’, topping the polls with 19.8 per cent of the vote. Coalition negotiations are expected to follow in the coming weeks, with much speculation as to whether other parties will be willing to form a government with Harmony, the party which has previously been criticised for maintaining close ties with Russia.

After fifty years of occupation by the USSR, Latvia restored independence in 1991, and since then the country has held nine parliamentary elections (including Saturday’s election). These elections take place every four years and are usually held on the first Saturday of October.

Latvia uses a proportional representation system to elect members to the country’s Parliament, which is known as the ‘Saeima’. The Saeima is unicameral, i.e. consisting of one house, which is made up of 100 seats. Political parties much reach a minimum threshold of five per cent of the vote in order to take their seats in Parliament.

Issues such as corruption and money-laundering featured prominently in this year’s election debate.

With 845,196 votes cast, turnout for Saturday’s election was 54.6 per cent. This demonstrates a decrease from the 58.9 per cent turnout in the 2014 election, which was previously the lowest turnout ever recorded for a Latvian parliamentary election since the restoration of independence.

16 political parties contested the 2018 election, however, only seven of these reached the minimum threshold of five per cent required to take up seats in Parliament. The distribution of seats for the successful political parties is listed in the table below:

As no individual party won enough seats to secure a majority in government, negotiations will take place between political parties in the coming months in an effort to form a coalition government. With no clear alliance between the political parties who received the most votes, there is much speculation as to what the result of these negotiations will be.

The current ruling coalition government of Unity, the Union of Greens and Farmers, and the National Alliance, has suffered a significant loss in this election and would not easily be able to form a coalition without support from other parties. In the 2014 parliamentary election, this centre-right alliance won 61 seats between them, however Saturday’s results have left them with a combined total of only 33 seats.

The leading Social Democratic Party known as ‘Harmony’ is made up of predominantly Russian speakers and maintains significant support amongst Latvia’s ethnic Russian minority (which makes up approximately a quarter of Latvia’s population). Led by the Mayor of Riga, Nils Ušakovs, Harmony also managed to top the polls in the 2014 election with 23 per cent of the vote. Despite high electoral results since its founding in 2010, Harmony has never governed because other mainstream political parties have previously refused to enter a coalition government with the party due to its close ties with Russia. However, in 2017 Harmony severed official ties with Russia, by ending a cooperation treaty previously held with Russian President Vladimir Putin’s ruling party, United Russia.

It is unclear as to whether upcoming coalition talks will see Harmony enter into government for the first time, as newcomer parties like the anti-establishment KPV LV and the New Conservatives party, which campaigned on an anti-corruption platform, have yet to make it clear if they will be willing to form alliances with the Party.

Harmony’s party leader, Mr Ušakovs, stated after the election his belief that his party would be able to form a successful coalition, stating that: “No coalition combination is possible without Harmony that would appear able and stable”.

Meanwhile, outgoing Prime Minister Kučinskis of the Union of Greens and Farmers warned other political parties against forming alliances with Harmony, stating a coalition government with Harmony could bring about “a rather radical change of Latvia’s position toward the European Union and toward… security matters,” which he feels could be dangerous.