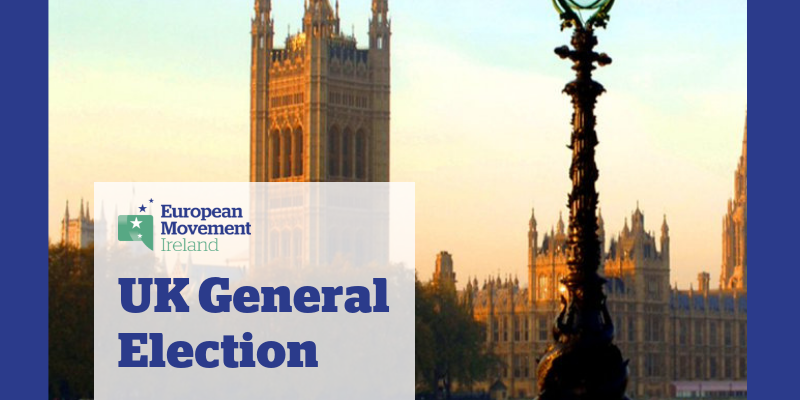 A parliamentary election took place in the United Kingdom (UK) on Thursday, 8 June 2017.  The Conservative Party had held a majority since the previous election in May 2015.  Conservative Party leader, Theresa May, served as Prime Minister since July 2016 following the resignation of former Prime Minister David Cameron after the UK’s vote to leave the EU in a referendum held on 23 June 2016.  Yesterday’s vote saw the UK electorate return a hung parliament.  Following the result, Theresa May announced her intention to form a minority government.

The lower house of the UK Houses of Parliament, the House of Commons, is comprised of 650 seats representing the 650 regional constituencies of the UK which are comprised of approximately 72,000 eligible voters on average.  533 of these constituencies are in England, 59 in Scotland, 40 in Wales, and 18 are in Northern Ireland.  Members of Parliament (MPs) in the UK are elected under the first-past-the-post system, whereby the candidate with the largest number of votes in each constituency wins the single seat.  The threshold political parties need to reach to gain a parliamentary majority is 326 seats.

The next general election was scheduled to take place in 2020.  Despite previously stating that she would not do so, Prime Minister Theresa May announced her intention to call a snap general election on 18 April 2017.  She did so saying that she believed other political parties were “jeopardis[ing] the work we must do to prepare for Brexit at home and it weakens the government’s negotiating position in Europe”.

Among many issues, the election campaign focused on the leadership of the UK’s historical two main parties of government, Conservative Prime Minister May and Labour Party leader, Jeremy Corbyn, as well as their approach to the upcoming Article 50 negotiations.  Prime Minister May declared that she would offer “strong and stable leadership to guide Britain through the years ahead”, also saying on Brexit that “no deal is better than a bad deal”.

Mr Corbyn criticised Prime Minister May for not participating in a live election debate, saying it was a sign of “weakness, not strength”.  He also disagreed with her stance on the Article 50 negotiations commentating that “no deal’ is in fact a bad deal.  It is the worst of all deals because it would leave us with World Trade Organisation (WTO) tariffs and restrictions, instead of the access to European markets we need.”

Rather than a single issue dominating the recent debate, a number of them characterised the election at different periods of the campaign: from manifesto pledges such as Conservative Party proposals to change social care funding and Labour Party plans on nationalisation, to the ensuing debates about security in the wake of two terror attacks in the UK during the election campaign.

There were also geographic angles to the debate.

In Scotland, much of the debate focused on a possible second referendum on Scottish independence following the UK’s vote to leave the EU.  In Northern Ireland, much of the debate focused on the potential effects of Brexit.  Opinion polls initially predicted an historic first victory in 167 years for the Conservative Party in Wales but later predicted that the Labour Party would make gains at the expense of the Conservative Party.

The disparity in polling and extent of the ‘Labour surge’ was a major focus throughout the election, with some polling companies placing the Conservative Party on a one-point lead on the eve of the election and others putting the Party 13 points ahead.

With 46,843,896 votes cast, turnout at the elections was 68.7 per cent.  The UK electorate returned a hung parliament, with no single political party reaching the 326 seat threshold required to gain an outright majority.

The Conservative Party emerged once again as the largest party, return 318 MPs.  While the Conservative Party increased its nationwide vote share to 42.4 per cent, up by 5.5 per cent since the 2015 general election, the Party lost 12 seats as well as its overall majority in the House of Commons.

The Labour Party returned 262 seats, gaining 30 seats from 2015.  In a sign of a return to two-party politics in the UK, the Labour Party also saw its vote share rise, increasing by 9.5 per cent to 40 per cent.

The Liberal Democrats’ share of the vote declined slightly by 0.5 per cent to 7.4 per cent nationwide, but the results also saw the Party return 12 MPs, gaining four seats.  The Green Party saw a decrease in its vote share by 2.1 per cent to 1.6 per cent, although it did retain its sole seat.

The UK Independence Party (UKIP) saw its vote share drop to 1.8 per cent across the UK, a decline of 10.8 per cent in comparison to the 2015 general election, resulting in the Party losing its sole MP in Westminster.

In Scotland, pro-unionist parties made gains from the pro-independence Scottish Nationalist Party (SNP).  The SNP remains the largest party, returning 35 MPs.  However, the Party lost 21 seats; 12 of these going to the Scottish Conservative and Unionist Party, 6 to the Scottish Labour Party, and 3 to the Scottish Liberal Democrats.

Following the return of a hung parliament, on Friday 9 June, the incumbent Prime Minister, Theresa May, announced she intended to form a minority Conservative Party government, which would “continue to work with our friends and allies in the DUP in particular”.

Speaking outside the UK Prime Minister’s residence, 10 Downing Street, Prime Minister May said her government would “provide certainty” and work to keep the country “safe and secure”, committing to guiding “the country through the crucial Brexit talks that begin in just 10 days”.

Speaking after he was returned as an MP to Westminster, Mr Corbyn said “politics has changed” and added that Prime Minister May “wanted a mandate.  Well, the mandate she’s got is lost Conservative seats, lost votes, lost support and lost confidence. I would have thought that is enough for her to go.”

Reacting to the result, Leo Varadkar TD, the newly-elected leader of Fine Gael, stated: “The results of the UK election indicate to me that there is no strong mandate to proceed with a hard Brexit, which represents an opportunity for Ireland.”  Michel Barnier, the EU’s Chief Negotiator for the Article 50 negotiations, tweeted: “Brexit negotiations should start when UK is ready; timetable and EU positions are clear. Let’s put our minds together on striking a deal.”

Prime Minister May now needs to secure the confidence of the majority of the House of Commons to form a government and then pass a legislative programme in the Queen’s Speech, scheduled for Monday 19 June.  Monday 19 June is also the start of the week in which negotiations between the EU and the UK under Article 50 of the Treaty on European Union are scheduled to begin.