Just The Facts: Abolition of roaming charges in the EU, June 2017 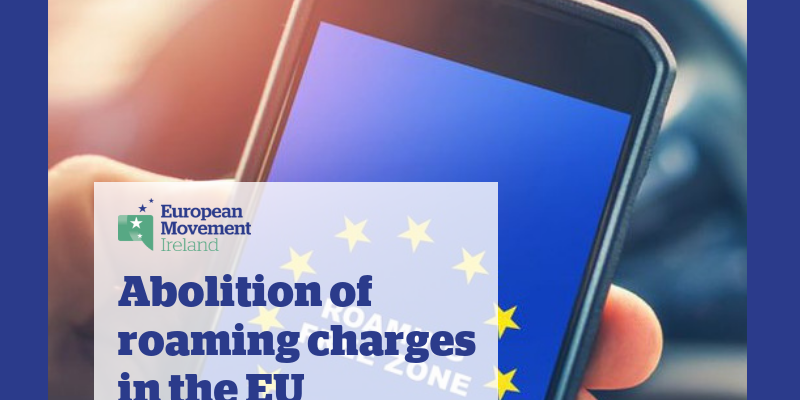 In 2013, the European Commission proposed that citizens and businesses should be able to use their mobile phones “without cross-border restrictions or unjustified additional costs”, including measures to end roaming charges.  In 2015, the European Parliament and the Council of the EU agreed to work to introduce this legislation by 15 June 2017.

The new rules provide that mobile phone users with EU and EEA mobile operators will not have to pay anything more than they would at home to make or receive calls while travelling within the EU or EEA.  The same applies to text messages.  In other words, if your mobile plan gives you 100 free call minutes and 5,000 text messages, you can use them for no extra charge in any other EU or EEA country and what you use will be subtracted from your allowance as if you were at home.

According to the European Commission, the new ‘roam like at home’ rules are intended for those who travel around Europe occasionally and are not meant for “permanent roaming”.  Mobile operators may apply a “fair use policy” to avoid abuse of the new rules, such as systematic resale of low-price SIM cards for permanent use in other countries.

To be eligible to ‘roam like at home’, customers must use their mobile phone more at home than abroad.  There are exceptions to this rule for those who can prove to their mobile operator that they have “stable links” to the country in which they have their mobile contract; for example, cross-border commuters, posted workers and Erasmus+ programme students.  If a customer breaks this condition, their mobile operator may charge for roaming, capped at 3.2c per minute for calls, 1c for each text message and €7.70 plus VAT per GB of mobile data.  These charges for data roaming are set to be gradually reduced to €2.50 per GB by 2022.

While there are no restrictions for calls and text messages under the new rules, there may be limits on mobile data usage depending on the type of contract EU residents have with their mobile operator at home.  If customers have a pre-pay contract, they can use their data allowance in other EU countries provided they pay less than €7.70 per GB of data used at home.  If customers receive a bill for mobile use at the end of each month, the mobile operator can apply a ‘roam like at home’ data limit.  This means that if the contract offers unlimited data or if the customer pays less than €3.85 per GB of data used, they can benefit while travelling in the EU from the full amount of data they have at home.  Otherwise, the mobile operator may apply roaming charges at the rates which are also applied if the fair use policy is broken.

Reacting to the new Regulation on roaming, the European Consumer Organisation (BEUC) said: “The end of roaming fees is excellent news for European consumers”.  Consumer watchdog Which? has warned consumers to “take a close look at what is or isn’t included in your current mobile deal” in order to avoid “surprise charges” on their bill.