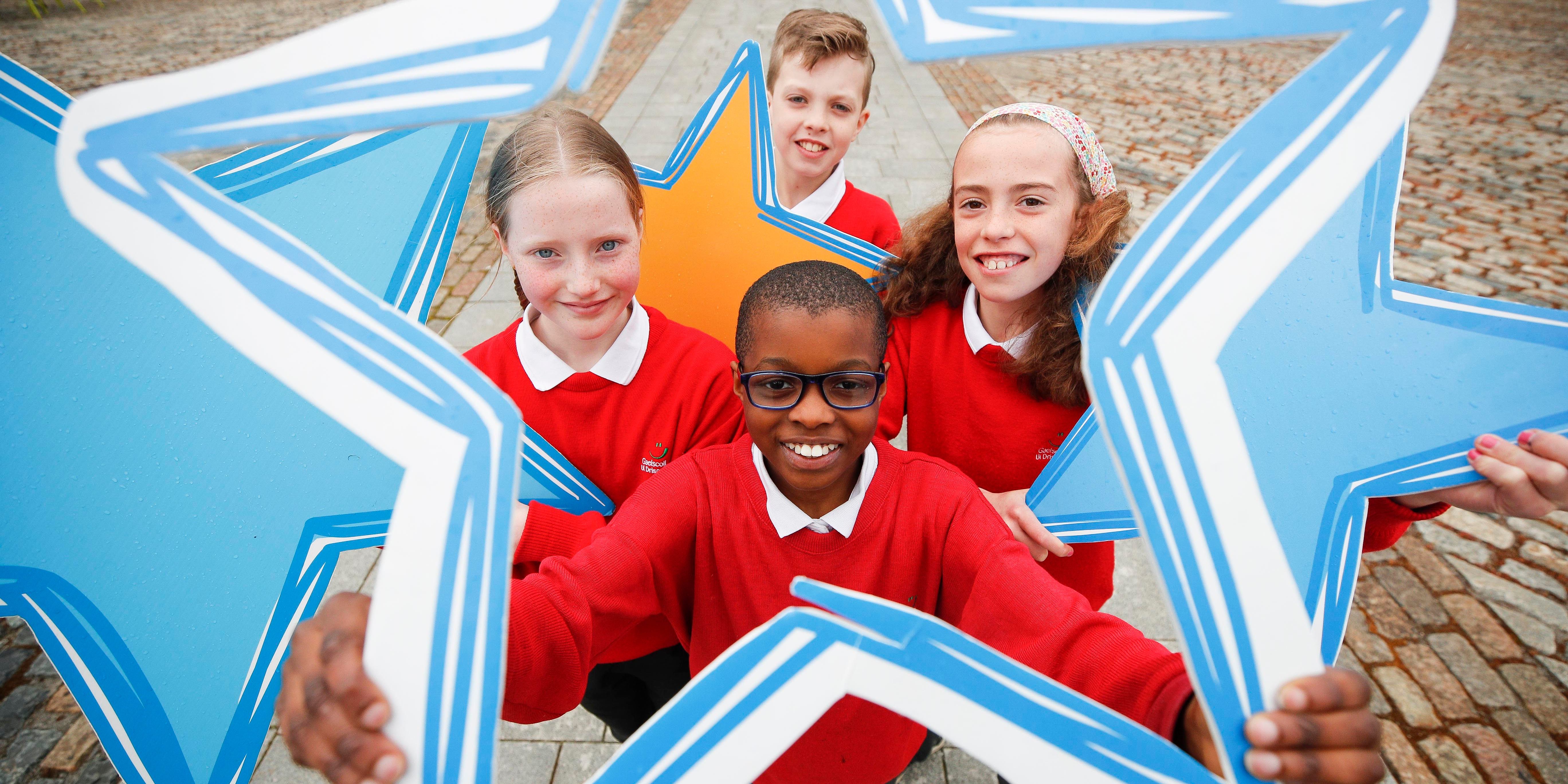 Brussels, Wednesday 20 June 2018: An Irish primary school programme has been awarded the Altiero Spinelli Prize for Outreach: Spreading Knowledge about Europe from the European Union.  The Blue Star Programme, implemented by European Movement Ireland, allows primary school pupils across the country to learn about the EU through creative activities and projects which complement the national curriculum.

Speaking at the award ceremony in Brussels, Noelle O Connell, Executive Director of European Movement Ireland, said: “The Blue Star Programme helps children, their teachers, parents and families to learn about the EU through history, geography, art and music.  As well as teaching children about the EU, it shows them that they are part of a European family.  This is especially important for the many children with non-Irish backgrounds as it gives them a chance to tell their classmates about the countries they’re from and to have their heritages celebrated.

“We are always very impressed by the imagination and innovation of both the participating teachers and the pupils.  Classes have written and acted out plays, made traditional food from all over Europe, and talked to relatives in other EU countries over Skype.  One class even recreated the painting of the Sistine Chapel by painting the underneath of their desks!”

The Blue Star Programme is designed to be as curriculum-friendly as possible for teachers so that it can fit in with lesson plans already in place.  Pupils carry out projects suitable for their age group on the History; Geography; Culture and Creativity; and Institutions of the EU.

Minister of State for European Affairs, Helen McEntee TD, said: “By involving teachers, parents, carers and the wider school community in these projects, the Blue Star Programme creates awareness of the EU and how it works that reaches far beyond the school walls.  This award is a wonderful recognition of the hard work and energy that goes into making the Programme a success.”

The Altiero Spinelli Prize for Outreach recognises initiatives which have made an outstanding contribution to communicating about the EU, enhancing understanding of the EU, and increasing engagement.  This is the first year of the Prize, which is named after one of the founding fathers of the EU.  The Prize looks for projects which display innovative and user-friendly approaches which appeal to a wide variety of audiences.

The Blue Star Programme is a venture of the Communicating Europe Initiative, supported by the Office of the Minister of State for European Affairs, the Department of Foreign Affairs and Trade, the Department of Education and Skills, the European Commission Representation in Ireland and the European Parliament Information Office in Ireland.  European Movement Ireland is the National Implementation Body.  Since the Programme began in 2011, approximately 90,000 primary school pupils and 1,000 primary schools have taken part, covering all 26 counties.