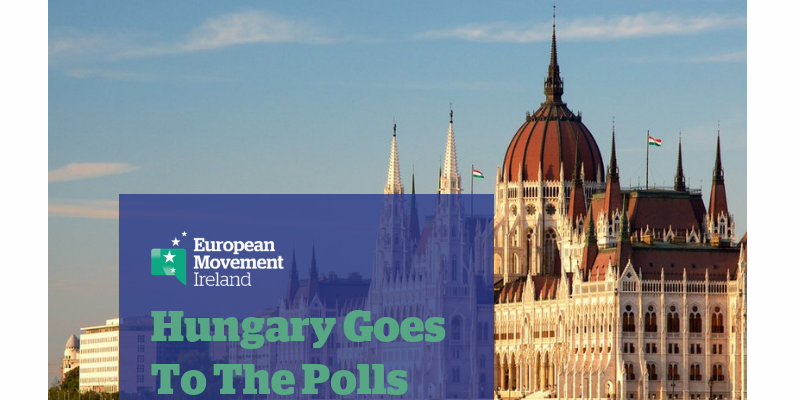 The Hungarian electorate will go to the polls on Sunday, 8 April to elect a new Parliament. The Hungarian Parliament is unicameral, i.e. it is made up of one house, the National Assembly. Pre-election polls show that the current ruling party, Fidesz, is likely to emerge as the winners for a third consecutive term.

Fidesz – Hungarian Civic Union is a nationalist and conservative party, led by Prime Minister Viktor Orbán. The party first came to power in 1998-2002, later winning consecutive elections in 2010 and 2014.

The party is a member of the centre-right European People’s Party (EPP) political group in the European Parliament, which was founded by Christian Democratic parties in 1976. However, Prime Minister Orbán has been critical of other parties in the group, remarking in 2017 that “Christian Democratic parties in Europe have become un-Christian, we are trying to satisfy the values and cultural expectations of the liberal media and intelligentsia”.

Although Fidesz have consistently led in pre-election polls, an independent candidate backed by opposition parties beat the Fidesz candidate for Mayor on 25 February in the southern town of Hódmezővásárhely, normally considered a Fidesz stronghold. In this election, the generally divided opposition of smaller parties grouped together to back the ultimately successful independent candidate, Péter Márki-Zay.

Political commentators have argued that if other parties want to contend with Fidesz’s popularity, smaller parties need to come together as in the Hódmezővásárhely election. Mr Márki-Zay was backed by parties on the left as well as the far-right party Jobbik, the Movement for a Better Hungary, which has consistently come second to Fidesz in pre-election polls. Despite calls for unity, opposition parties have been slow to form any alliances in the general election campaign thus far, although in some cases opposition parties have agreed to strategically withdraw their own candidate where another party has a good chance of defeating a Fidesz incumbent.

Opponents of Fidesz have raised concerns over electoral reforms which came into effect for the 2014 general election, which they claim give Prime Minister Orbán’s party an advantage over smaller opposition parties. Fidesz with its coalition partner, the Christian-Democratic People’s Party (KDNP), obtained a two-thirds majority in Parliament in 2010 and again in 2014, the threshold required for a government to make changes to the Hungarian Constitution.

As part of these electoral reforms, the government reduced the number of seats in Parliament from 386 to 199. Voters are presented with two ballot papers, one for candidates on a constituency list and another for parties on a national list. The voting system was changed from a two-round to a one-round system, and the concept of ‘winner compensation’ was introduced whereby the constituency winners gain extra seats in Parliament. This means that a party or political alliance receiving less than half of the vote can receive two-thirds of the seats in Parliament. In the 2014 elections, Fidesz and KDNP won 45 per cent of the vote but 67 per cent of the seats.

The government also made changes to constituency boundaries, despite resistance by opposition parties, and Hungarian citizenship was extended to ethnic Hungarians in surrounding countries. Citizens abroad are entitled to a postal vote, but only for the national list. In the 2014 elections, Fidesz won 95 per cent of these votes from abroad.

Migration has been another prominent issue in the election campaign. On 15 March, the 170th anniversary of the 1848 Hungarian Revolution, Prime Minister Orbán gave a speech during which he said “Day by day we see the great European countries and nations losing their countries… The situation is that those who do not halt immigration at their borders are lost, slowly but surely they are consumed. External forces and international powers want to force all this upon us, with the help of their allies here in our country.”

Prime Minister Orbán has repeatedly denounced attempts to introduce an EU-wide migration policy. In 2015, Hungary built a barbed wire fence along its borders with Croatia and Serbia, and in October 2016, Prime Minister Orbán called a referendum on the European Commission’s relocation proposals in response to the refugee crisis. 95 per cent of voters supported Prime Minister Orbán’s position to reject the proposals, although the minimum requirement of 50 per cent turnout for the referendum result to be constitutionally valid was not met.

This is the second election to take place this year in the Visegrád Four (Czech Republic, Hungary, Poland and Slovakia). The Czech Republic held a Presidential election in January, where migration also featured prominently in the campaign. You can read our ‘Just the Facts’ piece on the Czech elections here, and make sure to look out for our Hungarian ‘Just the Facts’ next week after what will no doubt be an interesting weekend.