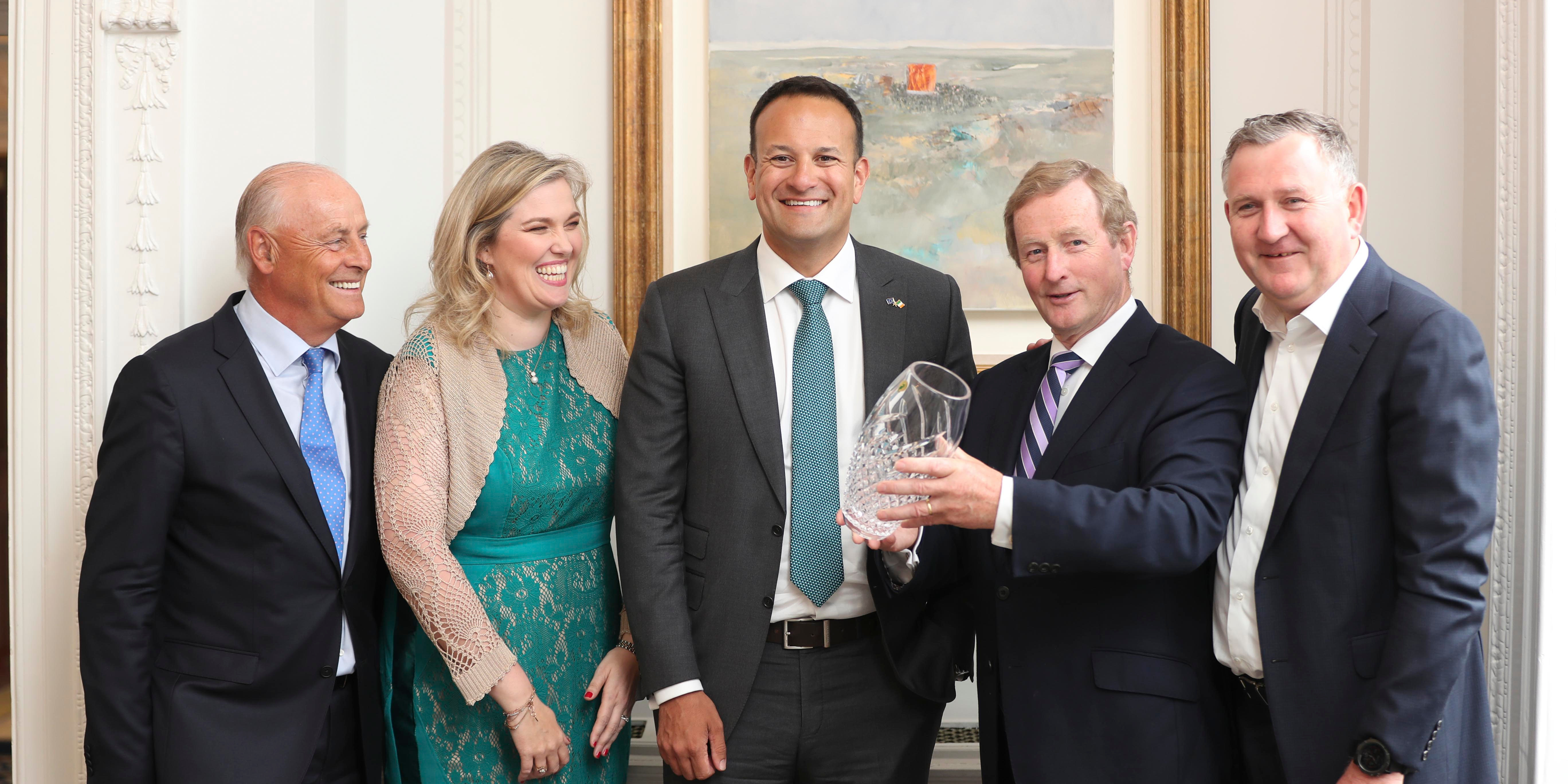 European Movement Ireland (EM Ireland) is honouring Iar-Thaoiseach, Enda Kenny TD, with its European of the Year award in recognition of his contribution to Irish-EU relations. The award is being presented by An Taoiseach Leo Varadkar TD at an event sponsored by Uniphar in Dublin today.

Presenting the award, An Taoiseach Leo Varadkar TD, said: “Enda Kenny is someone who has always stood up for Ireland, and for Europe. Right from the start, he displayed a positive, consistently optimistic approach to solving problems, backed by a steely resolve which came to stand the country, and the EU, in very good stead. In 2011, when Enda became Taoiseach, our GDP had plummeted, unemployment had soared, and Ireland’s international reputation was in tatters. Under his patient and determined leadership, he steered the country on a path to regain what was lost. He had to fight for our national interests, but guiding his work at all times was his genuine appreciation of, and commitment to Europe.”

The European of the Year Award recognises and honours individuals or organisations that have made an outstanding contribution to promoting and enhancing Ireland’s place in the EU. Since it was established in 1988, the title of European of the Year has been awarded to a distinguished list of Irish individuals and organisations with diverse backgrounds in art, business, politics and public service.

Speaking at the event Maurice Pratt, Chairman of EM Ireland and of Uniphar, said: “In many ways, Enda Kenny epitomises EM Ireland’s mission statement to encourage active Irish engagement at all levels of our European relationship.

“Enda’s belief in the value and necessity of a strong connection with Europe was evident throughout his tenure as Taoiseach. Through a very difficult and troubled time for all of Europe, he succeeded in strengthening Ireland’s reputation in Europe and in building solid relationships with the EU institutions and our fellow Member States, which is now evident in the solidarity shown to Ireland during the ongoing Brexit negotiations.”

In accepting the award, Iar-Thaoiseach Enda Kenny TD, said: “Ireland’s membership of the EU has transformed our country, from being backward, introverted and protectionist to outward-looking, export-oriented, with a globally confident people.

“While Brexit is clearly of critical importance to us as an EU member, Europe as a global player cannot become absorbed with the issue to the neglect of its own future agenda and the place in the world of the European Union in 20 years’ time. It is Europe’s value system that makes it so strong: peace, personal dignity, freedom, opportunity, privacy.

“A Europe that forges strong leadership and that shows real partnership can build a continent that is life giving, hopeful and popular and not one that is divisive, destructive and populist.”