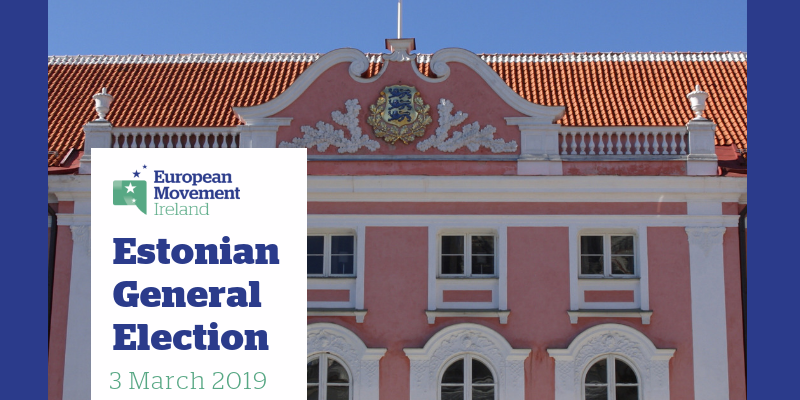 Estonians went to the polls on Sunday, 3 March to elect a new Parliament, known as the Riigikogu. The current opposition centre-right party, Reform, defied pre-election opinion polls, winning 28.8 per cent of the vote and 34 seats (just over a third of the total). Pre-election favourites, Estonia’s current governing centre-left party, Centre, came second, securing 23.1 per cent and 26 seats. As predicted, the far-right Conservative People’s Party (EKRE) came third, winning 17.8 per cent and 19 seats.

Reform, led by lawyer and former MEP Kaja Kallas, will now face the challenging task of forming a new governing coalition, and Kallas is in line to become Estonia’s first female Prime Minister.

The Riigikogu is a unicameral Parliament, with 101 members, elected via proportional representation. In addition, Estonia – sometimes referred to as “E-Estonia” – prides itself as being “the most advanced digital society in the world” (as Wired  labelled the country in 2017), including the possibility for citizens to vote online in advance of polling day. Impressively, almost 40% of eligible voters voted electronically ahead of election day.

Despite very healthy economic indicators, such as low unemployment and high output growth, the current government’s priorities of economic reform with an emphasis on progressive tax reform (along the lines of the Finnish model) were not widely welcomed by the Estonian public. In contrast, Sunday’s election victors, Reform, ran on a more business-friendly tax programme, closer to the international perception of the Irish model.

On top of this, tensions over Russian-language education for Estonia’s large Russian minority was a key issue in debates prior to the election. Pre-election opinion polls suggested that the far-right Conservative Peoples Party, known as EKRE, would do well and come in third place. EKRE was recently described by Kristi Raik, Director of the Estonian Foreign Policy Institute,  as  ‘nationalist, anti-liberal and Eurosceptic’, and its policies are similar to those of like-minded parties across the EU, such as viewing migration as a threat to national identity and culture.

EKRE has also called for a referendum on Estonia’s EU membership, what some have labelled an “Estexit”, even though it is very likely that such a referendum would fail in this traditionally pro-EU Member State. According to the latest Eurobarometer, Estonians score above the EU average on some questions: 45 per cent of Estonians have a positive image of the EU (average is 43 per cent) and 81 per cent of Estonians say they feel they are “a citizen of the EU” (average is 71 per cent).

Voter turn-out was just over 63 per cent in this year’s general election, a slight decrease compared to the last elections in 2015.  To take up seats in the 14th Riigikogu, political parties must win at least 5 per cent of the votes – five parties met this threshold. After Reform (34), Centre (26), and EKRE (19), Isamaa won 12 seats and the Social Democrats won 10. A record total of 29 women, across the five political parties, have been elected to the Riigikogu, the highest number of women elected since the 1992 elections.

Reaction and Next Steps

Estonia’s President, Kersti Kaljulaid, will nominate Reform leader Kaja Kallas for Prime Minister in the coming days, and Kallas will begin coalition negotiations with three of the four other parties to form a governing coalition.

Reform has ruled out forming a coalition with Eurosceptic EKRE – who now hold 12 more seats than it did in the previous Parliament. Despite their differing stances on taxation and other policies, one possibility is a coalition between Reform and Centre – both parties, for example, strongly support EU and NATO membership for Estonia. With what would be a combined total of 60 seats, neither party has ruled out the possibility of forming a governing coalition together. The other possibility would be for Reform to form a coalition with Isamaa and the Social Democrats who together won 22 seats.