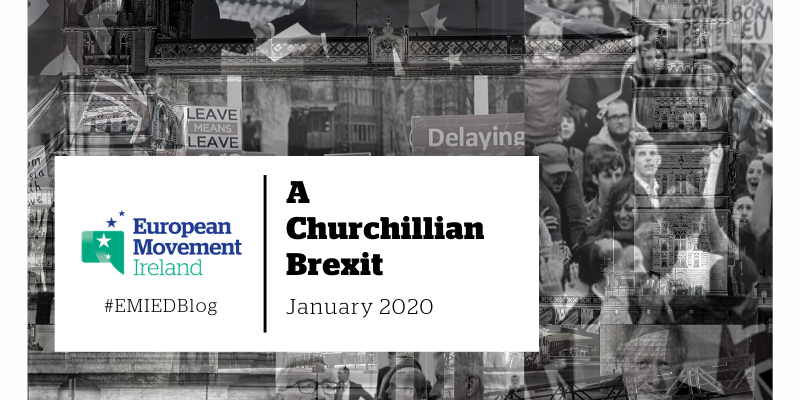 In November 1942, following the British rebuff of the German army at El Alamein in Egypt, then-UK Prime Minister Winston Churchill proclaimed this victory as a major turning point in the second World War, adding:

The United Kingdom leaves the European Union on 31 January 2020, but Brexit does not end there. The conclusion of the withdrawal phase is only the end of the beginning.

This is because the UK and the EU enter a transition phase on 1 February, during which little should change in daily life even though the UK will no longer hold EU membership. The EU and UK must now negotiate agreements on their future relationship, covering a range of areas from security to trade.

The British government says it would like to conclude these negotiations by the end of this year. Many on the EU side think this is much too short a timeframe. International trade deals, for instance, usually take years to conclude, and Brussels would therefore like to extend the transition period by two years (as provided for in the EU-UK withdrawal agreement).

London, however, is currently adamant it will not agree to any extension of the transition, during which it remains aligned to EU laws and pays into the EU budget. Both sides must take a decision on extending the transition (or not) by the end of June 2020, so the Brexit clock is already ticking again.

The core issue in those negotiations will be the trade-off between open access for the UK to the EU single market, and ongoing UK alignment with EU rules. Crudely put, the British government must choose between a narrow interpretation of “sovereignty” and the ongoing prosperity of the UK economy.

“Taking back control” of laws may appeal in principle, but in practice almost half of UK trade is with the EU. Brussels has offered tariff and quota-free trade to the UK, on the condition that it remains aligned with EU rules, in areas like industrial support, labour protections, product standards etc., to ensure a level trade-playing field.

The difficulty of that trade-off might explain why mixed messages have been emerging from London recently. On January 17th the UK Chancellor of the Exchequer, Sajid Javid, told the Financial Times that British business should forget staying close to the EU: “There will not be alignment, we will not be a ruletaker…” On 22 January Javid told a business audience in Davos, at the World Economic Forum, that “We won’t diverge just for the sake of it”.

For some harder Brexiteers, aligning with EU rules is akin to a “Brexit in name only” and better to trade on World Trade Organisation (WTO) terms – which would result in more barriers to trade, such as tariffs and quotas, than a more open trade deal with the EU. If the EU and UK are unable to agree a way forward by the end of this year, those harder Brexiteers will have their WTO-only wish.

One way around this, if both sides are unable to agree on extending the transition period by mid-summer, might be to agree a so-called skeleton trade deal by the end of the year, containing basic objectives, and perhaps continue more detailed sectoral negotiations thereafter.

This “bare-bones” free trade agreement (FTA) would cause less friction for EU-UK trade than the WTO-only route, but it would still mean more friction than today. No matter what happens this year, on 1 January 2021 there will more barriers to trade between Ireland and the UK, the question is how many more.

Moreover, negotiations on future EU-UK relations could take years. Even after framework negotiations conclude, in some ways Brexit will never end. Like other non-EU European countries Switzerland and Norway, the UK will be continuously negotiating with the EU in some form or another, on one subject or other.

The EU, including the Irish government, have consistently said they wish to have as close a relationship with the UK as possible after Brexit. The EU has never offered, for example, a quota and tariff-free trade deal to any other country. True, that offer is conditional, partly to ensure that the UK does not have easier access to the 450 million strong single market than EU members have.

As the EU member with the closest relationship with the UK, a cooperative EU-UK relationship is much more desirable for Ireland than a competitive one. A lot hinges, therefore, on the choices the British government will make this year.

While “Brexit day” on 31 January is only the end of the beginning, Winston Churchill would probably have been most impressed with the emergence of such a strong European Movement in the UK. He, after all, was one of the founding fathers of what became the European Movement International (and its British branch) after World War II.

31 January 2020 will be a sad day for all pro-Europeans, but British friends should remember Churchill’s advice to the Congress of Europe in 1948:

“There is only one duty and watchword: Persevere…Persevere along all the main lines that have been made clear and imprinted upon us by the bitter experiences through which we have passed. Persevere towards those objectives which are lighted for us by all the wisdom and inspiration of the past: