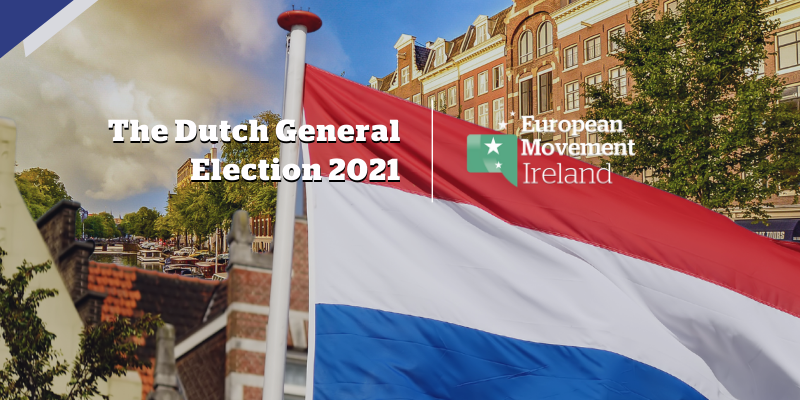 The 2021 Dutch General Election was held over the course of three days between 15 and 17 of March in light of the COVID-19 pandemic. Outgoing Prime Minister Mark Rutte’s Party for Freedom and Democracy (VVD) will become the largest party with 35 seats, according to preliminary results/ Democracy 66 (D66), led by Sigrid Kaag, significantly increased its support, becoming the second largest party with an expected 24 seats, an increase of five.

Introduction: General Elections in the Netherlands

Dutch elections for the Tweede Kamer, or House of Representatives, are held every four years. The house contains 150 seats with a 76-seat majority needed to form a government. Voting is held by a party-list proportional representation system, meaning seats are distributed proportionally to the percentage of the vote received by a party, without a minimum requirement.

If a party is unable to secure 50% of the vote, which no party has managed to since 1900, a coalition government may be formed to satisfy the 76-seat majority requirement. The House of Representatives will appoint a “scout” for each political party, to assess the election results and speak with party leaders about possible coalitions. Additionally, an informateur is appointed to lead discussions between parties, and a formateur, the likely new Prime Minister, to conclude the negotiation process. Altogether, it is usually several months before the government is fully formed. For example, after the last general election in March 2017, a new cabinet was not formed until late October due to the length of government formation negotiations.

The 2017 General Election and after

The last election saw a surge in support for far-right Party for Freedom (PVV) lead by Geert Wilders, reaching 20 seats, but ultimately the highest portion, 33 seats, was secured by the centre-right People’s Party for Freedom and Democracy (VVD), thus, incumbent Mark Rutte was elected to lead his third government, via a coalition with the Christian Democratic Appeal (CDA, D66 and Christian Union (CU). The 2017 election also saw major downturn for Labour (PvdA), who fell from their previous position as second ranking party, losing 29 of their 38 seats.

The third Rutte government fell on 15 January 2021 following the childcare allowance scandal. The fallout from the scandal, and current events such as the farmer’s protests and the COVID pandemic and curfew were at the top of the agenda during the campaign.

However, opinion polls leading up to the election showed that VVD was still set to remain the largest party. Leading up to the election, Peilingwijzer, the leading Dutch polling indicator, predicted the VVD would secure between 36-40 seats, PVV would either remain at 20 or drop to 18, while slight gains were predicted for Labour. This outcome would mean the government would likely remain pro-European, with very little policy shifts expected.

Results of the 2021 General Election

The results of the general election will have an influence at European level, although the EU has not been widely discussed during the election campaign. This led to the hashtag #EUolifant (elephant) becoming popular, referring to the EU as the ‘elephant in the room’ during the national election debates. This bottom-up movement came about as an attempt by academics in the Netherlands to raise awareness amongst politicians to discuss issues at EU level during election debates.

Rutte remained the Lijsttrekker, or lead party candidate for VVD, and Wilders for PVV, while CDA is represented by Wopke Hoekstra, D66 by Sigrid Kaag and Labour by Lilianne Ploumen.

Preliminary results from Dutch general elections show Mark Rutte’s VVD is set to remain the largest party with 35 seats, up two. D66 is the second largest party with 23 seats, a gain of four seats from the previous election and the best ever result for the party.

The far-right PVV is projected to win 18 seats, down two since the last general election. It is followed by CDA with 14 seats, down five, the second lowest seat tally in the history of the party. The Labour Party maintains its nine seats. Thierry Baudet’s Forum for Democracy (FvD / ECR) gained six seats since last election, which results in a total of eight seats.

The results indicate that Mark Rutte will likely form his fourth coalition government and become the country’s longest-serving Prime Minister. The Dutch political landscape continues to be characterised by fragmentation as there are in total 17 political parties that have gained enough seats to enter the Tweede Kamer.