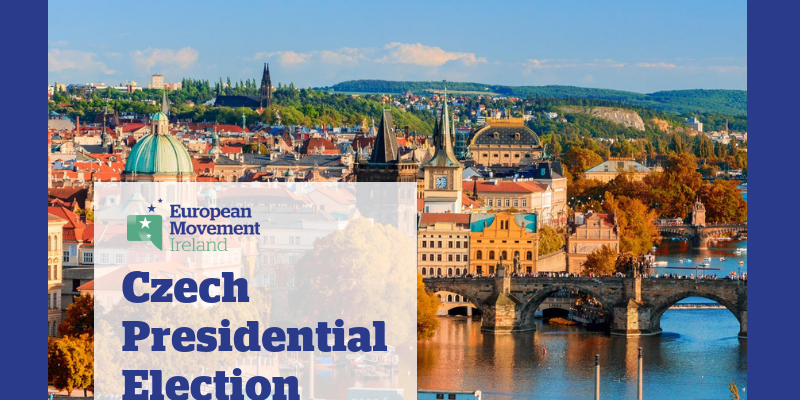 Presidential elections took place in the Czech Republic over two rounds of voting, which took place on 12-13 and 26-27 January.  Nine candidates stood for election, including the incumbent President, Miloš Zeman, who was re-elected for a second term in office.

The President of the Czech Republic is elected every five years, using a two-round system.  This was only the second direct Presidential election; the first took place in 2013.  Before the process was changed in 2012, Presidents were chosen by the national Parliament.  If no candidate receives more than 50 per cent of the vote in the first round of the Presidential election, then the two candidates who received the highest share of the vote advance to the second round run-off.  Candidates for the Presidency must either collect 50,000 signatures from the electorate or 20 signatures from Deputies/10 signatures from Senators in the national Parliament.

The role of the President is largely ceremonial.  However, under the Czech constitution, the President appoints the Prime Minister after a general election and also has the power to appoint members of the board of the Czech National Bank, along with senior judicial appointments.

In March 2017, the incumbent President, Miloš Zeman, announced his intention to run for a second term.  President Zeman is a former Prime Minister of the Czech Republic, having served from 1998-2002.  President Zeman has opposed EU sanctions against Russia and also campaigned on an anti-immigration platform.  He has previously said: “The experience of western European countries which have ghettos and excluded localities shows that the integration of the Muslim community is practically impossible”.

Mr Jiří Drahoš, a former head of the Czech Academy of Sciences and Professor of chemistry, was considered President Zeman’s closest rival.  At the launch of his Presidential bid in March 2017, it was said that Mr Drahoš’ main reason for running was that he worried about the state of the Czech democracy, along with growing extremism.

Issues such as immigration, EU relations and the Czech Republic’s membership of NATO dominated the Presidential election campaign.

With just over 5 million votes cast, the turnout was 61.9 per cent.  President Zeman received 38.6 per cent of the ballots cast, while Mr Drahoš received 26 per cent of the vote share.  As neither candidate reached the quota of more than 50 per cent but received the highest share of the vote in the first round, both went on to contest the Presidential second round run-off.

Table of First Round Results:

The second round of the Presidential election took place on 26-27 January.  In the two weeks of campaigning before the run-off, all of the candidates who had been defeated in the first-round endorsed Mr Drahoš.  Political commentators predicted a tight contest with polls showing 1 in 10 voters as undecided in the days leading up to the vote.

In a live televised debate on 23 January, President Zeman and Mr Drahoš discussed, among other matters, the Czech Republic’s approach to the refugee crisis.  While both oppose the quotas under the EU temporary relocation scheme, Mr Drahoš said the Czech Republic could accept some refugees.

With more than 5.5 million votes cast, turnout for the second round was 66.6 per cent.  President Zeman, who received 51.4 per cent of the vote share, was re-elected as President by a narrow margin of just over 150,000 votes.  Mr Drahoš received 48.6 per cent of votes cast.

Speaking after his victory, President Zeman told his supporters that he will continue to travel the country to listen to citizens’ concerns.  He said: “This is my last political victory, there will be no political defeats”.

In a letter of congratulations to President Zeman, European Council President, Donald Tusk, wrote that: “I trust that your country will continue to play an active and constructive role within the European Union”.