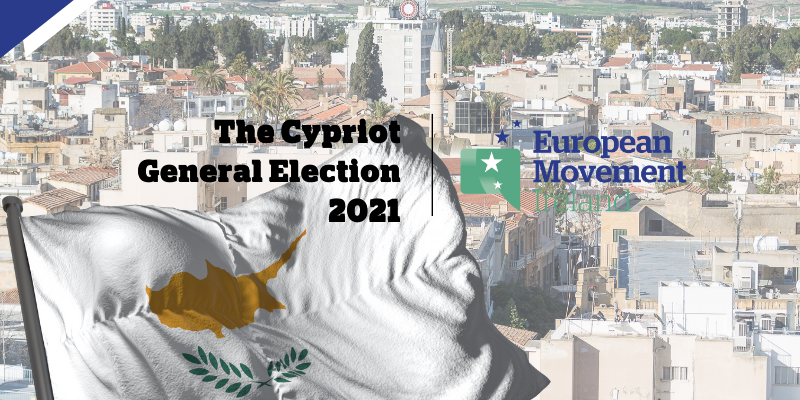 On Sunday 30 May 2021, Cyprus went to the polls in the Parliamentary elections as 56 Cypriot seats were contested by 20 political parties. With a turnout of 65.72%, the election resulted in a considerable rise in support for smaller parties as seven parties reached the minimum election threshold to enter the House of Representatives.

Cypriot parliamentary elections for the House of Representatives are held every 5 years. As a unitary, presidential, representative republic, Cyprus elects 56 of the 80 members through a proportional representation system across six multi-seat constituencies.

The 56 members are elected by Greek Cypriots and the remaining 24 are reserved for Turkish Cypriots. However, the seats of the Turkish Cypriot community have been unfilled since representatives withdrew from the chamber in 1964.

A political party or coalition of parties must reach the electoral threshold of 3.6% of the national vote to enter the House, while 29 seats are required to form a working majority.

The President of the Republic of Cyprus is head of state and head of government, a position for which separate elections take place for five-year terms. Cyprus is unique in this regard as the only European Union (EU) Member State with a full presidential system of government.

The House of Representatives is the legislative branch of government charged with holding the Executive branch of the Council of Ministers to account through regular debates and questioning in Plenary.

The Republic of Cyprus is recognised by the wider international community as the only legitimate Cypriot state while the northern part of the island is under the de facto administration of the self-declared Turkish Republic of Northern Cyprus. The island was split between a Greek Cypriot south and a Turkish Cypriot north after Turkey’s 1974 occupation. In 2004, Cyprus became a full member state of the EU.

The United Nations (UN) supported peace negotiations to the prolonged Cypriot conflict, ending in 2017 without resolution. This year, a new round of talks began in Geneva as the EU searches for a resolution  and to stabilise relations with Turkey. These informal discussions involved Cypriot President Nicos Anastasiades, Turkish Cypriot leader Ersin Tatar as well as government representatives from the guarantor countries of the UK, Greece and Turkey. The chair of the meeting, UN Secretary General Antonio Guterres, expressed the difficulty experienced in finding “common ground” and the intention to resume further talks later in the year.

The EU “stands ready” to assist negotiators in finding a resolution as the United States continues to support “UN-facilitated, Cypriot-led settlement negotiations… to achieve a fair and permanent settlement” as part of its broader strategy in the Eastern Mediterranean.

* See table below for an overview of the main political parties in Cyprus and their European Parliament affiliated groups.

The 2016 parliamentary election results showed a rise in popularity of the smaller parties where three new parties gained seats for the first time: the far-right National Popular Front (ELAM), the centre-left Citizens’ Alliance (SYPOL) and the right-wing Solidarity Movement (KA).

Throughout the 2021 election campaign, the government’s response to COVID-19 came to the fore while the improved epidemiological situation was attributed to an effective vaccination roll-out. Migration featured during the campaign as the Cypriot ruling party insisted it has exceeded its limits and can no longer receive more migrants.

Allegations of corruption arose during the election campaign relating to a passport-for-investment scheme with senior officials allegedly involved in a conspiracy to sell Cypriot passports to international investors. Mass demonstrations were organised by Greek Cypriots against such allegations as well as the COVID-19 restrictions in place.

At EU level, Cyprus submitted its official recovery and resilience plan to the European Commission setting out the reforms and public investment projects that the government plans to implement with the support of the Recovery and Resilience Facility (RRF). The RRF is an instrument worth €672.5 billion at the core of NextGenerationEU, to support investments and reforms in Member States emerging from the pandemic.

Cyprus has requested €1 billion in grants and €227 million in loans under the RRF with its plan structured around five policy areas: public health and civil protection; the green transition; economic resilience and competitiveness; the digital transition; and the labour market, education and human capital.  The RRF will aim to mitigate the socio-economic impact of the pandemic and make Member States more sustainable, resilient and better prepared for the green and digital transitions.

The Democratic Rally (DISY) party of current President Nicos Anastasiades, remains the largest party in the House of Representatives despite the centre-right party losing one seat and not attaining an absolute majority in this election.

The left-wing Progressive Party of Working People (AKEL) maintains its place as the second largest party at 15 seats. The new centrist Democratic Alignment (DiPa) party which spilt from the Democratic Party (DIKO), gained four seats while the far-right National Popular Front (ELAM) doubled its seats from two to four seats as part of a wider increase in support for smaller parties on record low turnout of 65.72%.

As the formation of the government is decided by the Executive, the result of this election for the House of Representative indicates the ruling administration’s popularity level before the Presidential Election in 2023. At present, the coalition negotiations among parties are to determine the ease with which the Executive will pass legislation.

Preliminary results of the 2021 Parliamentary Elections