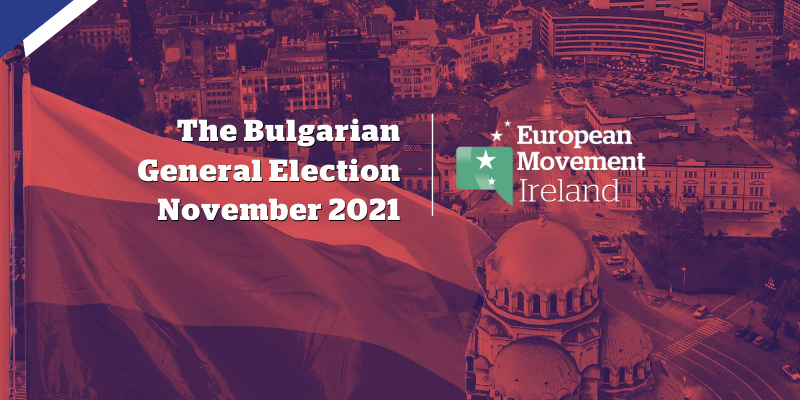 Facing their third general election in 2021, Bulgaria went to the polls on Sunday 14 November to attempt to end the political stalemate that first began with the April election. Allegations of corruption in the last government have dominated the campaign, as the country continues to battle against Covid-19. This Just the Facts looks at Bulgaria’s political system, the April and July elections and the outcome of the November vote.

The Background of Bulgaria’s Political System

Bulgaria is a unicameral, parliamentary democratic republic. This means the country has one elected legislative chamber, the National Assembly (Narodno sabranie). This is made up of 240 MPs, all of which are elected through a system of ‘proportional representation’ across 31 multi-seat constituencies.

A political party, or a coalition of political parties, must gain at least 4% of the national vote to enter the National Assembly, where 121 seats are required to form a working majority.

The President of Bulgaria is the head of state and is Commander-in-Chief of the Bulgarian Armed Forces. Although largely ceremonial, the President’s role extends to participation in the government formation process, while they may also provide policy suggestions to the government and impose vetoes on legislation.

The April and July General Elections

November saw Bulgaria’s third general election this year. The first election took place on Sunday 7 April after the completion of the government’s five year term. The outgoing government at the time was a coalition lead by centre-right ‘Citizens for European Development of Bulgaria’ (GERB) that held 132 out of the 240 seats in the National Assembly, with Boyko Borisov, leader of GERB, as Prime Minister.

In the April election, while remaining the largest party in the country, GERB won 75 seats in the National Assembly, but lost 20 seats compared to the 2017 election. ‘There Is Such a People’ (ITN), a new anti-establishment party came second with 51 seats, while the centre-left ‘Coalition for Bulgaria’ (BSPzB) won 43 seats, a significant loss of 37 seats. More information about the April election can be found in this European Movement Ireland Just the Facts.

However, both GERB and ITN were unable to form a government, resulting in a snap election being called for Sunday 11 July.

The July election again failed to produce any clear winner or coalition which could form a government. ITN won the largest number of seats with 65, an increase of 13 since April, while GERB finished just behind it with 63 after losing 12 more seats, while BSPzB was still the third largest party, but lost seven more seats, securing 36. More information about the July election can be found in this European Movement Ireland Just the Facts.

After further unsuccessful attempts to form a government, President Rumen Radev announced that another election was to take place on Sunday 14 November 2021, which would also take place alongside the country’s presidential election.

In May 2021, Stefan Yanev was appointed Prime Minister to lead a caretaker government by President Radev.

The Political Landscape and Electoral Context:

In the lead up to the November elections, many of the issues which were at the centre of the two previous campaigns persist. There exists “public anger over corruption, which has been fuelled by allegations of misconduct against former Prime Minister Boyko Borissov’s government.” Indeed, a new centrist anti-corruption alliance of parties called ‘We Continue the Change’ (PP) was formed in September 2021.

Covid-19 continues continue to be a significant issue in Bulgaria. Vaccine uptake rates remain one of the lowest in the EU at 24% of adults, compared to 75% in Ireland, with health officials attributing public mistrust in vaccines and the government for the low uptake.

However, “the grim headlines have not made the population amenable to restrictions, with protests erupting in several cities against the Green Passes, or certificates that have become obligatory to enter malls or restaurants.”

The campaign has also been interrupted by protests. In October 2021, hundreds of coal miners and energy workers staged a rally in the Bulgarian capital, Sofia. Organised by the country’s two largest trade unions, they have called on the government to guarantee their jobs amid proposals by the European Commission to cut carbon emissions.

Results of the November Election

Results indicate that the new PP party won the largest share of seats in the National Assembly with 67 in total. GERB remain the second largest party, however, the party lost four seats, bringing its total to 59, down from the 75 that they had won in April.

The ‘Movement for Rights and Freedoms’ (DPS) is now the third-largest with 34 seats – closely followed by BSPzB who have 26 seats.  As a result of “failing to form a coalition over the summer” the big winner of the July election, ITN, secured just 25 seats, representing a 39-seat loss on the 64 that it had won in the last election.

Recent reports suggest that PP will now open coalition talks with the other anti-corruption centre-right ‘Democratic Bulgaria’ and ITN. PP are also looking to gain the support of the centre-left BSPzB to form a governing majority.

Co-leader of the PP, Kiril Petkov has expressed confidence that a coalition can be formed. He has been quoted as saying that “we have much in common” with their party’s potential partners.

Bulgaria’s Presidential election will now be decided in a run-off election after no candidate was able to gain over 50% share of the vote. As they received the two-highest vote shares in the first-round where the current president, independent Rumen Radev, will face off against the GERB-backed candidate, Anastas Gerdzhikov.